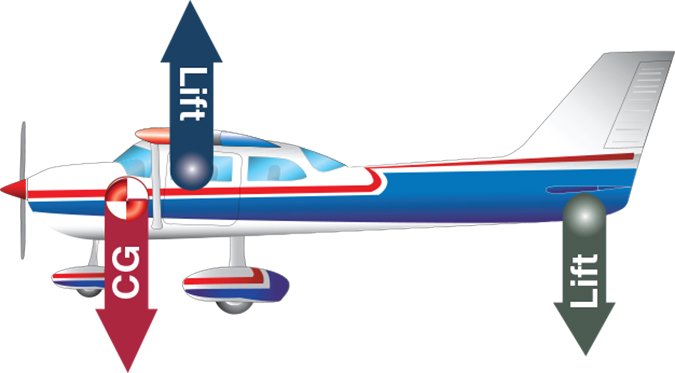 We don’t usually take requests, but a reader wrote recently to ask us about tailplane stalls, those involving the horizontal portion of an airplane’s tail. It’s been a while since we covered them in-depth, so now’s a good time to revisit that topic. Our reader wrote: “The middle of summer when it is 90 degrees outside is not when most pilots think about tailplane icing but I would like to see an article about the aerodynamics of recovery from a tailplane stall and I know you need lead time to do that.

“The FAA guidance, as I understand it, is to pull back on the stick/yoke to recover from a tailplane stall. That seems wrong to me, but I have not been able to find an instructor who can explain the aerodynamics of how that recovery works…. I am sure the FAA is correct since they have people a lot smarter than me in aerodynamics. I am obviously missing something so could you please find someone who understands the aerodynamics of tailplane stall recovery and have them write an article on the subject in time for winter?”

Thanks for the story idea.

One of the keys to understanding tailplane stalls and the appropriate recovery method is to understand what the horizontal tail of a conventional airplane (i.e., one without a forward-mounted lifting surface known as a canard) does: It exists to counter the airplane’s natural tendency to nose down, thanks to its center of gravity being forward of the center of lift. It does so by exerting a lifting force opposite that of the wing. The diagram below may help.

Another thing that may help understand tailplane stalls is to refresh our memory on what a stall is. It’s when an airfoil—whether wing, tailplane or even propeller—exceeds its critical angle of attack (AoA) and stops producing lift. From our primary training, we recall that, for any airfoil, there is an angle of attack beyond which it no longer can generate lift. That’s called a stall. The cure for any stall is to decrease the airfoil’s AoA below that critical point, allowing it to again produce lift.

The good news is that in normal (i.e., non-icing) conditions, it’s hard to stall a tailplane. Even if you did, it likely would be momentary. The bad news is an ice-contaminated tailplane stall (ICTS)—the classic way for a tailplane to stall—may be difficult to recognize. And it doesn’t have to be winter for ice to form.

Most of us will never encounter an ICTS because we don’t fly in icing conditions. Yet icing can occur in all seasons, even over Florida in the summer, if you fly high enough. The punchline is if you think you may be experiencing an ICTS, you probably aren’t. That said, there are three basic telltale signs of an ICTS.

The first one may be lightening of the controls in the pitch axis, especially presenting as a nose-down tendency. Since pilots typically find it easier to push forward on a yoke or other pitch control, a pilot-induced oscillation may also be an indication of an ICTS. Needless to say, there may be difficulties trimming the airplane in such a situation.

A third sign of an ICTS may be the pitch control’s pronounced tendency to deflect itself forward, to the nose-down position. Some references suggest the pitch control may “pulse” or even suddenly be pulled aggressively forward, out of the pilot’s hands.

A likely occasion to encounter an ICTS is when deploying flaps in icing conditions. If the pitch control suddenly feels lighter than normal or wants to deflect to a nose-down position as you add flaps, retracting the flaps back to their previous position is advised. Also, reduce power, since higher power settings can force the tailplane to work harder. To answer the reader’s specific question, ICTS recovery is accomplished by pulling back on the pitch control, against all we’ve been trained to do in a stall. You may increase the wing’s AoA, but you’ll reduce the tailplane’s, which is key.

Regardless, it’s critically important to understand that stalling the airplane’s wing is much more likely to lead to losing control than is an ICTS, especially in icing conditions.