There are two basic ways to obtain an IFR clearance in the U.S. before departing a non-towered airport. One is to telephone Flight Service directly and get the clearance over the phone. Another is to use a remote communications outlet (RCO) to contact Flight Service or a ground communications outlet (GCO) to reach ATC over your aircraft’s communication radio. In both cases, of course, you’re likely to receive a clearance with a void time, since ATC can’t “see” you on radar until you’re airborne, and has to block off some portion of the airspace around your departure airport to ensure separation, at least until you’re in radar contact.

Whenever you contact Flight Service for the clearance, via either telephone or an RCO, the specialist must coordinate the clearance with whichever ATC facility covers your departure airport before relaying it to you. All this takes time and resources, and interposes Flight Service between you and ATC. And as the FAA continues to look for ways to increase automation and improve efficiency, it’s working to remove Flight Service from the clearance loop and have pilots contact ATC directly.

Under a program begun in 2017, the FAA is decommissioning more than 600 RCO facilities throughout the lower 48 states and Hawaii that link to Flight Service. (Alaska, at least for now, will retain its RCOs.) At the same time, the FAA has begun publishing telephone numbers for pilots to use in obtaining their clearance directly from ATC. The telephone numbers are published in the Chart Supplement—previously known as the Airport/Facility Directory—for your departure airport. In some electronic flight bag (EFB) apps, that telephone number is a link—tap it and your cellphone dials the number.

The images at right—ForeFlight screenshots—provide an example of how the phone numbers are published in the Chart Supplement and in Foreflight’s frequencies tab for airport information. At the present time, if your departure airport retains its RCO, use it. In fact, if there is an RCO still in operation, there won’t be a published phone number for the time being. However, AOPA says it has requested that the FAA publish clearance delivery telephone numbers for locations with RCOs or GCOs, or airports without full-time tower operations, “to ensure that a backup communication method is listed.”

All of which presumes there’s either a pay phone available at the airport or it has usable cellphone coverage. Neither are assured, in which case you’ll either have to depart VFR and get high enough to reach the local ATC facility by radio or delay your departure for better weather. Also—for the time being, anyway—you may still contact Flight Service to close an IFR flight plan after landing, according to AOPA. Additionally, Flight Service can supply an ATC phone number for you to obtain a clearance when there’s neither an RCO, GCO or published number for telephone access.

The FAA’s Chart Supplement entry for the Arcadia (Fla.) Municipal Airport (X06) never included a remote communications outlet to contact Flight Service. Now, as the FAA implements its policy of removing the clearance delivery function from Flight Service, the agency is publishing the telephone numbers to directly access ATC for a clearance. 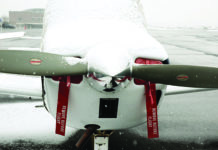 Covid-19: FAA Extends Only Some Deadlines 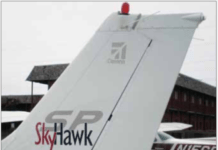 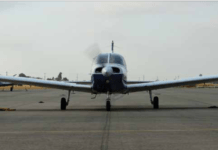 Looking Up Your Old N-Numbers