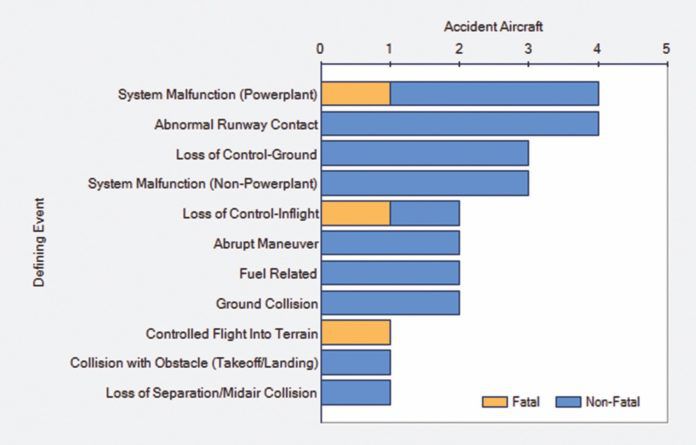 The pilot reported that he and his co-owner had flown the airplane the night before the accident; it flew normally without problems. On the morning of the accident, he had to use the low-pressure boost pump to start the engine, but the pre-takeoff run-up was normal. The airplane ised most of the 4201-foot-long runway before becoming airborne. On reaching about 500 feet agl, the pilot determined the engine was not producing full power. He turned on the low-pressure boost pump and climbed to 1000 feet agl before turning back to the airport. The engine continued losing power, so he conducted a forced landing to a cornfield. A witness reported observing dark exhaust trailing the airplane during the takeoff.
To continue reading this article or issue you must be a paid subscriber. Sign in
Subscribe