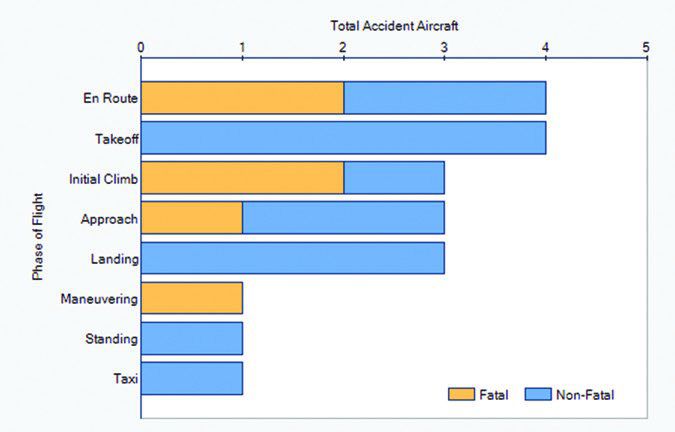 The pilot purchased the airplane the day prior to the accident. He departed the airport and performed maneuvers in the local area, then returned and completed four normal wheel landings. On the fifth landing, at about 30 mph, the tailwheel settled to the runway. When the tailwheel touched down, the pilot stated he felt a rumble "like a machine gun" and the airplane veered to the right. He applied left rudder, and the airplane subsequently veered left off the runway, the right main landing gear collapsed and the right wing spar sustained substantial damage when it impacted terrain. Examination revealed the tailwheel was cocked to the right, perpendicular to the fuselage.
To continue reading this article or issue you must be a paid subscriber. Sign in
Subscribe