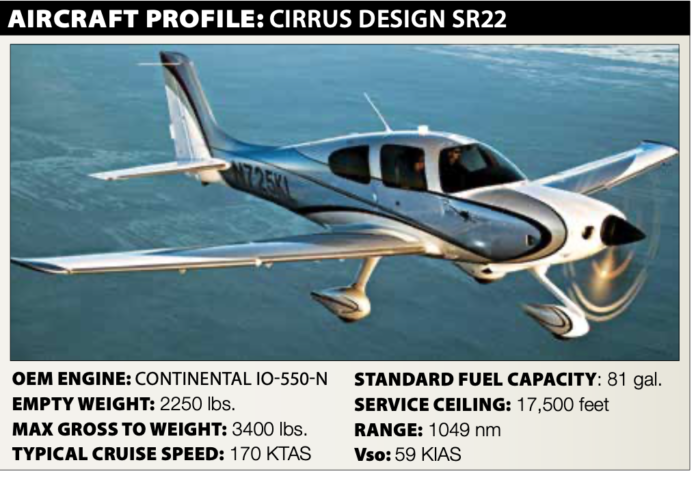 If the primary yardstick determining what constitutes a “bad” landing is the number and magnitude of its bounces, my worst landing ever was in a Cessna 182 at a beachside airport in North Carolina, with all the seats filled. I dropped it in pretty good, and the airplane’s eloquent reflection of my ineptitude resulted in a series of maybe five more bounces, becoming less harsh each time until—finally—all three wheels decided to stay on the ground at the same time. I had little to do with the eventual outcome, but at least I maintained directional control. I haven’t bounced one like that since.

That was long ago and far away from what I’d do now, which is go around after the first bounce. Back then, with fewer hours and airframes under my belt, I was less-inclined and totally unprepared for a go-around. These days, with more experience, I’m much more likely to go around after the first bounce, never mind the fifth. Although many factors can result in a bounced landing, I’m guessing I mishandled the flare and dropped the 182 in from a few feet too high. Failure to stabilize the airplane’s airspeed on final approach, and then forcing the mains onto the ground, may have been the catalyst. An enthusiastic pitch-up into the flare, overcompensating for the 182’s heavy nose when only the front seats are filled, may also have been a factor. I simply don’t remember. So much for “Land-O-Matic,” as Cessna originally described its tricycle landing gear design.

As I mentioned, I should have gone around after the first bounce, but I didn’t realize it at the time. Recovering from a bounce takes planning—we have to be mentally prepared and the airplane has to be properly configured—and enough skill/experience to know the airplane will tend to nose up when full power is applied in the landing configuration. This reaction must be expected and firmly countered with nose-down input to the pitch control. Here’s an example of why. 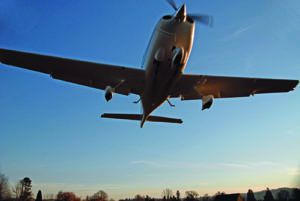 In a balked landing (go-around) climb, disengage autopilot, apply full power, then reduce the flap setting to 50 percent. If obstacles must be cleared during the go around, climb at 75-80 KIAS with 50-percent flaps. After clearing any obstacles, retract the flaps and accelerate to the normal flaps-up climb speed.

“Attitude is always critical when close to the ground, and when power is added, a deliberate effort on the part of the pilot is required to keep the nose from pitching up prematurely. The airplane executing a go-around must be maintained in an attitude that permits a buildup of airspeed well beyond the stall point before any effort is made to gain altitude or to execute a turn.”

On April 24, 2017, at about 1825 Eastern time, a Cirrus Design SR22 impacted terrain in Wallingford, Connecticut, following a loss of control during an aborted landing. The private pilot was fatally injured and the passenger was seriously injured. The airplane was destroyed by impact forces and a post-crash fire. Visual conditions prevailed for the local flight.

When it returned to the airport around 1817, witnesses described the airplane as “fast and high” while approaching Runway 18. The airplane then flared about 10 feet above the runway before abruptly descending and touching down about halfway down its 3100-foot length. The airplane bounced two or three times and became airborne again, banked about 30 degrees to the left, then climbed to pattern altitude.

The pilot’s second approach appeared to be slower, but the airplane was still high. The airplane again flared about 10 feet above the runway, abruptly descended, and touched down about halfway down the runway. It bounced two or three times; the pilot then initiated a go-around. During the subsequent climb, the airplane entered a 40-degree nose-up attitude, according to a witness, and sounded like it was “hanging on its prop.” At about 75 feet above the ground, the airplane rolled into a steep left descending turn. It then impacted the ground, cartwheeled, impacted the airport perimeter fence, slid across the ground while continuing to turn to the left, came to rest and caught fire.

According to the passenger—the pilot’s son—the accident flight was his father’s first flight in the airplane without an instructor. The 56-year-old pilot had acquired the SR22 three weeks earlier, after selling his Piper Cherokee 180, and reportedly had flown from the airport for many years. He had approximately 1200 hours total time. His transition to the SR22 included ground instruction and two hours of dual instruction in the flight instructor’s SR22, plus 8.5 hours of dual instruction in the accident airplane. During that time, the pilot performed 12 landings. He was endorsed to operate high-performance (200-hp or greater) airplanes the day before the accident.

Examination of the airplane revealed no evidence of any failure of the airframe or engine before impact. Control continuity was verified from the cabin’s remains to the respective flight controls and the propeller blades exhibited chordwise scratching and leading-edge gouging consistent with being under power at impact.

The airport’s recorded weather at 1833 included wind from 180 degrees at five knots, 10 sm visibility, a few clouds at 300 feet and an overcast at 12,000 feet. Examination revealed black tire marks in an S-shaped (sinusoidal) pattern co-located with white paint transfer marks on the pavement about 1350 feet from the beginning of the 3100-foot-long runway consistent with nose wheel shimmy and nose wheel pant contact.

The NTSB determined the probable cause(s) of this accident to include: “The pilot’s unstablilized approach and improper landing flare, which resulted in a bounced landing, and his subsequent failure to maintain control during a go-around. Contributing to the accident was the pilot’s lack of experience in the accident airplane make and model.”

According to the NTSB’s analysis, “The witness accounts of the airplane approaching the runway fast and high and its touchdown point are consistent with the pilot’s failure to fly a stabilized landing approach. This likely contributed to the airplane touching down on the nose landing gear first, as evidenced by the black tire marks in an S-shaped (sinusoidal) pattern co-located with white paint transfer marks on the surface of the runway…. After bouncing during the second landing, the pilot added engine power to conduct a go-around, allowed the airplane’s pitch to rapidly increase, and entered a steep left turn before attaining a proper climb speed, which resulted in a loss of control.”

Managing the go-around maneuver can require firm, healthy nose-down input, especially if you’re used to an airplane with approximately half the power, but managing airspeed control and flying down to the runway before flaring can help prevent the need to go around in the first place.