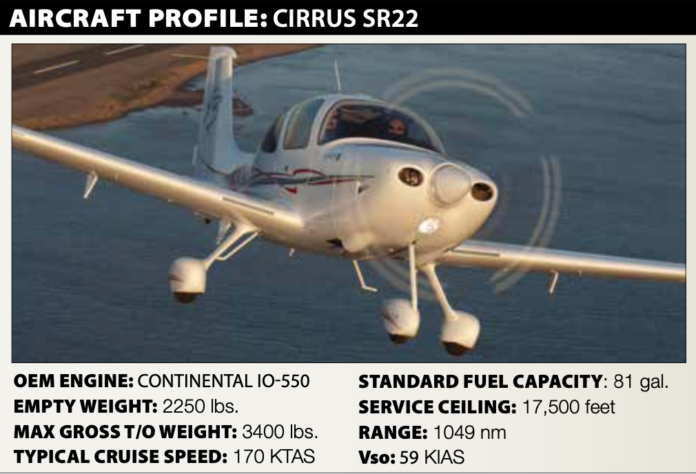 A lot of pixels and ink have been spilled over the last several decades discussing the ever-increasing automation in our cockpits and the challenges thereof. Some of those spills involve detailed directions on how to operate a specific piece of avionics equipment while others focus on the larger picture of how the equipment and the airframe/powerplant combination are integrated. These ink and pixel spills also have covered the various procedures and techniques pilots need to adopt to ensure they properly manage the automation, which is far from foolproof. This article is of that latter variety, highlighting the need to understand what I call the “buttonology” of flying advanced avionics: the techniques and procedures necessary to achieve the desired results.

As the term implies, configuring advanced avionics and “telling” the system what to do and when to do it involves knowledge of which button(s) to push and when. Even when flying highly integrated systems, which presumably require fewer configuration tasks, it’s critical that we monitor performance and are prepared to step in and make timely corrections to the avionics configuration or remove responsibility for flying the airplane from the automation and place it in our own lap.

In our experience, one of the most common occasions for errors in buttonology occur when setting up for an instrument approach and being vectored to the inbound course. It’s easy to miss a step along the way—like forgetting to monitor the nav indicators—and failing to push the proper button—selecting nav mode instead of heading mode, for example—at the proper time. Here’s an event where such a failure likely was critical to the outcome.

On April 19, 2018, at 0843 Eastern time, a Cirrus SR22 impacted terrain near Williamsburg, Penn., during an attempted missed approach. The instrument-rated private pilot (male, 65) and the passenger were fatally injured. The airplane was destroyed, and a post-impact fire consumed most of the wreckage. Instrument conditions prevailed; an IFR flight plan had been filed.

The airplane was en route from Lancaster, Penn., to South Bend, Ind., when the pilot chose to divert to Altoona, Penn., “due to ice accumulation on the airplane.” At about 0842, ATC advised that the airplane had passed through the localizer for the ILS approach to Runway 21. The pilot requested another attempt at the approach and ATC issued vectors. At 0842:33, while at 4000 feet msl, the airplane began a left standard-rate turn. At 0843:12, the airplane started to descend and its airspeed increased. At 0843:38, the airplane descended through 2525 feet in a tight, left spiraling turn. The final radar data point was recorded at 0843:52 at 1850 feet, with the airplane still descending in a tight left turn. Before the final left turn and descending spiral, the flight path and altitudes were normal with no erratic maneuvers or anomalies noted. 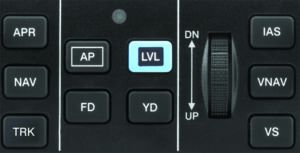 The FAA’s Advanced Avionics Handbook, FAA-H-8083-6, includes a wealth of material on managing the magic in our panels. When it comes to autopilots, the Handbook notes that “some autopilots are capable of automatically switching from one function to another. These automatic mode changes can complicate the task of maintaining mode awareness, but every autopilot has some form of flight mode annunciator that shows which autopilot functions are currently engaged…. It is important to develop two habits:”

Checking the flight mode annunciator after entering a command to ensure the desired function is indeed armed or engaged, as appropriate.

Including the flight mode annunciator in your instrument and panel scans to maintain awareness of what mode is active and what is armed to activate next.

The airplane impacted a field behind a residential property 9.5 miles northeast of the divert airport. The debris path was about 200 feet long, on a magnetic heading of 150 degrees and at 1025 feet msl elevation. Evidence at the accident site was consistent with impact in a steep, nose-low, wings-level attitude.

Two of the three propeller blades were separated just outboard of the shank. The third blade remained attached to the hub and was bent aft around the engine’s left side and twisted toward low pitch. The leading edge of one of the separated blades exhibited deep gouges. Both the directional and turn coordinator gyros exhibited internal scoring and signs of rotation at impact. A post-impact fire consumed most of the wreckage, but all major airplane structural components were located within the debris field.

The airplane was an early-production SR22, with “steam-gauge” flight instruments, two Garmin GNS 430 navigators, an ARNAV multifunction display, an S-TEC 55X autopilot and a Sandel SN3308 electronic horizontal situation indicator. It was not approved for flight into known icing conditions.

At 2127 the night before the flight, the pilot obtained a weather briefing and filed an IFR flight plan for an 0645 departure on the day of the accident. That forecast included cloud cover, snow showers and instrument conditions. No records were found indicating the pilot retrieved any other weather information before or during the flight.

Weather forecasts and observations available on the morning of the flight indicated a 60-to-85-percent probability of light-to-moderate icing above the accident site between 4000 to 6000 feet msl, with as much as a 40-percent probability of supercooled liquid droplets, arguably the wost kind of icing, over the accident site at the time the aircraft flew through the area.

The NTSB determined the probable cause(s) of this accident to include: “The pilot’s failure to obtain an updated weather briefing before the flight and his subsequent loss of airplane control due to spatial disorientation while maneuvering in instrument meteorological conditions during a diversion to an alternate airport after encountering forecast icing conditions.”

According to the NTSB, “radar data showed that the airplane was flying a relatively smooth and consistent flightpath with altitude and heading changes that were indicative of the pilot using the autopilot for a majority of the flight, until the final turn after flying through the localizer course. The pilot’s failure to recognize that he had not intercepted the localizer is consistent with his failure to appropriately configure the avionics for the approach or with his attention being diverted from navigational tasks due to his workload while trying to conduct the approach.” Spatial disorientation followed, and the pilot was unable either to recognize the situation and/or recover the airplane in time.

One thing we don’t know about this accident is how much ice the airplane had picked up and, consequently, how compromised its aerodynamics were. While it’s possible it was carrying a lot of ice and stalled, its behavior more closely aligns with the pilot losing control while wrestling with his failure to properly configure/reconfigure the avionics. In the final analysis, it could have been as simple as failing to push the CDI button on the 430 or the nav button on the autopilot.