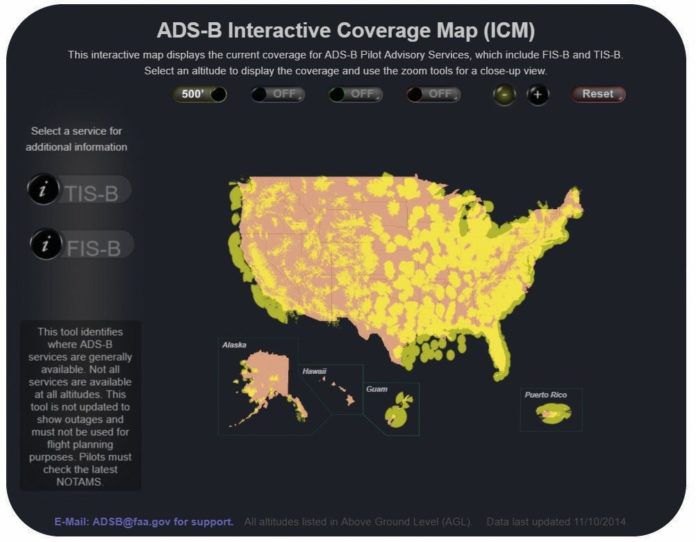 If you’re a U.S.-based aircraft operator, by now you’ve heard of ADS-B and the FAA’s January 1, 2020, deadline for ADS-B Out to be used where merely Mode C is required today. In part, that’s because the date was set some 10 years ago—the news has penetrated even the thickest pilot’s head, despite early, feeble efforts to sell ADS-B and its benefits.

Soon after the deadline was established and the necessary infrastructure was up and running, ADS-B In receivers hit the market, highlighting ADS-B’s benefits. And if free traffic and weather information aren’t enough incentive, operators still can get a $500 rebate when they install ADS-B Out.

Since the deadline was established, rumors about how the FAA will handle the coming transition have ranged from extending the deadline at the last minute to dismantling every non-compliant aircraft within Class B airspace and selling them for scrap on January 2. I’m so old I remember when Mode C first was required in certain airspace, and ATC would routinely accommodate non-complying aircraft. Later, they wanted at least an hour’s notice, and the request could be denied. In my experience, ATC has always tried its best to cut some slack on Mode C, especially if everything was working when you took off.

The ADS-B Out requirement is in FAR 91.225, and subsection (g) adopts basically that policy for treating non-complying aircraft in so-called rule airspace. Recognizing that it needed more formal transition guidance, the FAA recently published a “general policy that would apply to all operators of non-equipped aircraft seeking authorization to operate in ADS-B Out airspace” plus “guidance on the provision of air traffic services to non-equipped aircraft that have failed to obtain an authorization to operate in ADS-B Out airspace.”

This latter policy may be of great interest to readers and it’s best stated in the FAA’s own words: “ATC will continue to provide air traffic services to all aircraft operating within its airspace, including those aircraft that have not equipped with ADS-B Out equipment and have not obtained proper authorizations under 91.225(g)…. Although ATC will be able to observe that an aircraft is not equipped with ADS-B Out equipment, ATC will not be responsible for determining whether non-equipped aircraft…are properly authorized to operate in ADS-B Out airspace. The provision of air traffic services is separate from and will not constitute an authorization to deviate from the ADS-B Out equipage requirements while operating in that airspace.”

Basically, ATC won’t be checking your paperwork every time you want to fly under a Class B tier, but if “something happens” and the FAA wants to know why you were in rule airspace without authorization, you may have some ‘splainin’ to do.