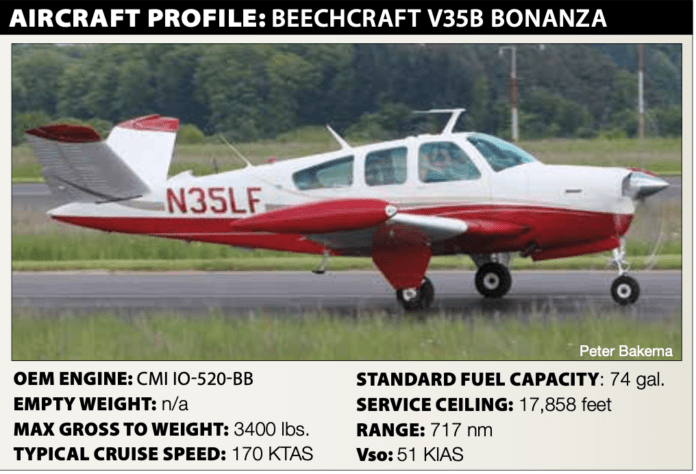 I’ve previously referred to scenes from Ernest K. Gann’s book “Fate Is The Hunter” in these pages. The combined autobiography and ground school traces his flying career from DC-2s over the eastern U.S., C-47s and C-87s over the North Atlantic during WWII, and DC-4s on the Honolulu/San Francisco run after the war. One of the book’s memorable scenes involves the young Gann, still a first officer, flying the DC-2 on approach to Newark, N.J. The flight had just bounced its way through convection-laden weather and the attitude gyro had tumbled.

The captain gave Gann the approach. This was back pre-WWII, before VORs, when the principal navaid was the four-course A-N range. As Gann maneuvered for the approach, the captain began lighting matches in front of his face, enraging him. The match-lighting continued through the partial-panel procedure turn and back to the A-N station, presumably ending only when the matches were exhausted, some moments before the landing. Of course, he didn’t fully realize or appreciate it at the time, but the purpose of lighting the matches and holding them in front of Gann’s eyes during the night approach while he tried to fly was to distract him from a complicated task.

Distractions are a fact of flying. They could be caused by a passenger, some drama on the frequency, traffic in the landing pattern or a mechanical issue with the airplane. They also can be caused by your instructor during training and, yes, by the examiner on your checkride; doing so is fair game according to the FAA. How we deal with distractions in the cockpit is an important measure of how good a pilot we are, and whether we can rely on ourselves in a pinch, like when one’s turning and one’s burning.

One of the keys to dealing with distractions is understanding that they have to be prioritized like everything else we do in the cockpit. Sure; the sick passenger is a problem, but there’s little you can do except hand back a Sic-Sac and plan to get the carpets cleaned when you get home. You still have to shoot the approach to minimums or, as we’re about to see, just make a relatively simple landing at home plate on a good-VFR day. 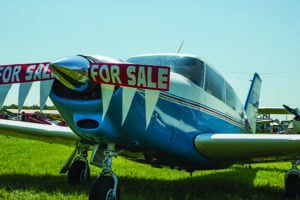 The first time we’re turned loose with a new-to-us airplane is a high-risk activity. Depending on the airplane and how it compares to what we’ve been flying, it’s a transition that can require only a quick hop around the patch or many hours of classroom instruction and simulation before even getting close to the real cockpit. This month’s accident pilot at least on some level recognized that, and was flying with an instructor for the experience (and perhaps for insurance requirements).

Getting a flight instructor to work with us to build confidence and time is a critical part of that process, but so is briefing that instructor on the new airplane’s quirks and mechanical deficiencies, if any. That way, when both the airplane’s unusual behavior and its mechanical deficiency are combined, we’ll know beforehand that it can happen and we won’t be distracted.

On November 4, 2017, at 1728 Central time, a Beech V35B Bonanza impacted terrain while approaching the Alva Regional Airport in Alva, Oklahoma. The flight instructor was killed outright; the pilot/owner died three days later from the injuries sustained. The airplane was destroyed. Day visual conditions prevailed for the local instructional flight.

While on approach to Alva, the pilot and the flight instructor noticed that the left engine cowling had “popped up.” The flight instructor assumed control of the airplane and, about ½ mile before reaching the runway threshold, the airplane collided with trees and a power line, which were about 40 feet higher than the airport’s elevation. The airplane came to rest inverted on its left side, and a post-crash fire ensued.

A segment of the final approach was captured by five home surveillance video cameras, and a video study was conducted, which confirmed that the left engine cowling was open during the final approach. During a 12-second period that corresponded to 1500 feet of ground track, the airplane descended from about 250 feet to about 100 feet agl, and the airspeed decreased from 76 ± 4 knots to 71 ± 4 knots. The landing gear was extended; wing flap positions could not be determined. At the end of the 12-second period, as the airplane approached the accident site, the descent rate increased to about 1000 fpm.

The male flight instructor, age 61, reported 11,456 hours of total flight time earlier in the year, which included his military flight experience. He owned a Beech Bonanza and frequently trained in them. The male pilot, age 39, held a private pilot certificate and had accumulated 231 flight hours as of earlier that year. The pilot had recently purchased the Bonanza; the accident occurred during the pilot’s first training flight and second flight in the accident airplane.

The airplane was manufactured in 1973. In 1979, a Robertson Short Takeoff and Landing (STOL) system was installed under a supplemental type certificate (STC), which included replacing the ailerons with full-span slotted flaps and adding a spoiler system for roll control. Flap positions for the modification were 0, 15 and 30 degrees. The airplane was one of only three Bonanzas modified by the STC. One of the STC’s characteristics was a pronounced nose-down pitching moment when the flaps were lowered from 15 degrees to 30.

A list of airplane discrepancies was found in the pilot’s hangar, and included the left engine cowling latch. According to the NTSB, Beechcraft released a Safety Communique in 1995 stating it “continues to receive reports of accidents following the opening of a cabin door, baggage door, engine cowling, or fuel cap during takeoff or flight…. In each accident, the pilot also failed to properly control the airplane and the airplane stalled at low altitude. THESE ACCIDENTS SHOULD NOT HAPPEN!” The Safety Communique added, “Do not permit yourself to be distracted. ALWAYS MAINTAIN CONTROL OF THE AIRPLANE.” (Capitalization in the original.)

The NTSB determined the probable cause(s) of this accident to include: “The flight instructor’s and pilot’s failure to recognize that a high descent rate had developed on short final, likely due to their distraction by an open engine cowling, and the unexpected strong pitch-down force during flap extension due to the installation in the airplane of a Short Takeoff and Landing system.”

According to the NTSB, “It is likely a latch for the left engine cowling opened in flight because it was not properly secured during the preflight. The flight instructor and pilot were likely distracted by the open engine cowling and did not expect the strong pitch-down force during flap extension, which resulted in a high descent rate on short final.”

The Bonanza’s cowling design allows easier inspection of the engine than most, at the expense of its fastening mechanism sometimes failing. An open cowling door doesn’t affect the airplane’s flight characteristics and it won’t depart the airframe. It can be very distracting, however, because it’s right there in front of you, as if someone was striking matches in your face.