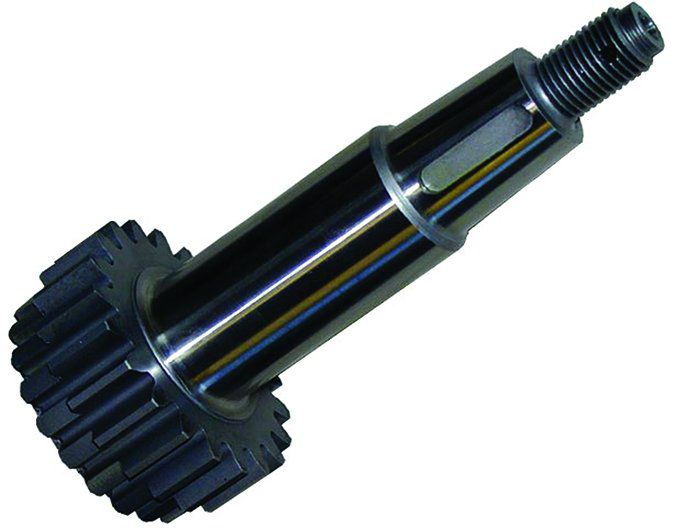 During a VFR instrument training flight, the instructor noted there was no instrument pressure from either engine. Inspection revealed both engine-driven pressure pumps had sheared their drive shafts. Technicians could not find any obvious reason for both shafts to fail.

The aircraft was climbing through FL190 when the pilot reported a loss of power. An emergency descent and unscheduled landing followed. As the airplane reached a lower altitude, some power was restored. On landing, inspection revealed that the shaft between the compressor and exhaust wheels had broken into two pieces, disabling the turbocharger.

Pilot reported loss of the right alternator on final approach to the airport. During taxi operations to the ramp, the pilot reported hearing a noise from the front of the aircraft. Removing the alternator from the engine revealed the alternator drive shaft had sheared off flush with the case located aft of the drive coupling.

On attempting to start the engine for a post-maintenance ground run, the propeller turned through approximately three blades then stopped. Propeller was difficult to rotate forward or backward. Inspection of the starter’s Bendix drive shaft revealed cracks in the gear running parallel to the teeth, causing the gear not to properly mesh with the flywheel.

Aircraft landed with no oil pressure and totally covered in oil. Inspection found the prop governor drive gear idler shaft in lower engine cowl. The stationary idler shaft had been rotating and had worn through the inside of the plug. The set screw holding the idler shaft was in place in the crankcase but appeared to not be engaged with the idler shaft, allowing it to rotate and wear its way through the plug.