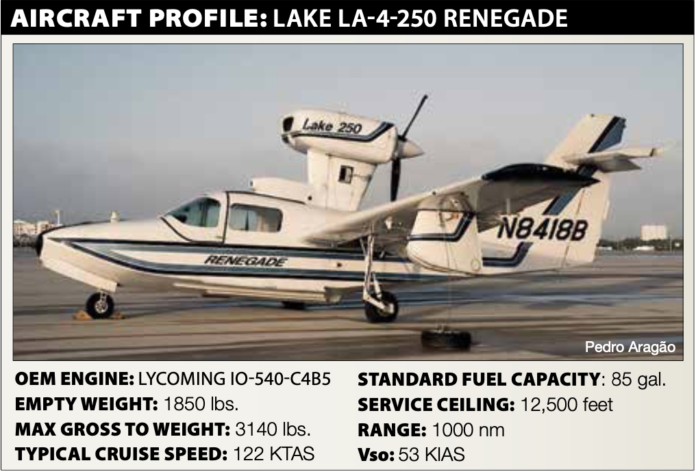 For example, when landing, we’re decelerating, not speeding down a runway trying to get enough speed to become airborne. On landing, we already know the airplane will fly; we’re at the end of a flight. During a takeoff, there always will be a non-zero chance the airplane won’t fly for some reason, leaving you accelerating toward the end of the runway as you try to, say, remove the gust lock, correctly adjust the pitch trim or extend the takeoff flaps you forgot. Put another way, the takeoff can offer less room for error than the landing.

There’s also the question of whether we should take off in the first place. Attempting a landing in poor weather, with a too-stiff crosswind or to a too-short runway have easy solutions: use a different runway, perhaps at another airport, or go orbit somewhere and wait for conditions to change. When taking off, using a different airport isn’t an option, although a different runway may be. Waiting for conditions to change always is an option, however.

One thing both takeoffs and landings have in common is that rushing through them often leads to calamity. Missing a pre-landing checklist item like flaps or landing gear might bend the airplane, but rarely results in a fatality. Not so for the aforementioned gust lock, trim setting or flap configuration on takeoff. As we’re about to see, rushing through takeoff planning and preparations can have consequences beyond bending the airplane.

On July 27, 2017, at 1943 Central time, a Lake LA-4-250 amphibian was substantially damaged when it impacted Lake Winnebago during takeoff from the Vette/Blust Seaplane Base in Oshkosh, Wisconsin, during that year’s EAA AirVenture Fly-in. The airline transport pilot and one passenger were fatally injured; the pilot-rated passenger received minor injuries. Visual conditions prevailed.

What followed, according to the NTSB report, was a series of questionable actions and argumentative behavior by the pilot. For example, he started the airplane’s engine while still tied to the mooring, with the airplane beginning to turn in a circle. Later, at the seaplane ramp, the pilot drained water from the left sponson, plus four to five gallons of fuel from a separate tank in the sponson. A missing inspection cover required a field repair at that time.

Seaplane base personnel took him out in a boat to observe current water conditions, which included waves of 1½ to 2 feet. Although he initially viewed the conditions as unacceptable, the accident airplane was fueled and towed into an adjoining bay. As soon as the lines were disconnected and personnel were clear, the pilot started the engine. A video recording shows that about 10 seconds elapsed between engine start and increase to a high power setting.

The same video shows the airplane accelerating on the water for about 60 seconds before it porpoised up and down two to three times. The nose rose steeply out of the water, the airplane rolled left and its left wing impacted the water. The airplane spun about 180 degrees to the left, the nose entered the water and the airplane started to sink. The pilot-rated passenger was able to egress the airplane; the other two occupants were extracted by first responders who saw the accident and responded immediately. 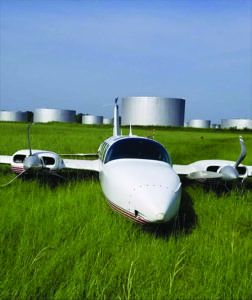 According to the FAA’s Risk Management Handbook (FAA-H-8083-2), there are five traits displayed by pilots prone to having accidents. The FAA lists them as: anti-authority, impulsivity, invulnerability, macho and resignation. Below are examples of how they manifest themselves:

2. High correlation between accidents in their flying records and safety violations in their driving records.

3. Frequently falling into the personality category of “thrill and adventure seeking.”

4. Impulsive rather than methodical and disciplined in information gathering and in the speed and selection of actions taken.

5. Disregard for or underutilization of outside sources of information, including copilots, flight attendants, flight service personnel, flight instructors and air traffic controllers.

Video of the accident sequence show the flaps were not in the takeoff position. The 84-year-old did not hold a valid FAA medical certificate at the time of the accident, nor had he completed the required BasicMed paperwork. At the time of his last medical examination, the pilot reported 33,467 total hours of flight experience, with 30 hours in the previous six months.

Examination of the wreckage verified continuity between all control surfaces and the cockpit flight controls. The landing gear handle was in the UP position and the landing gear was retracted. The flap lever was found in the UP position and the flaps were retracted, even though the pilot-rated passenger recalled the pilot verbalizing that the flaps were down and the trim indicator was “in the green” prior to starting the takeoff. According to the airplane’s flight manual, flaps are used for all takeoffs. The takeoff trim position indicator was near the neutral position and within the green band range for takeoff, although the trim tab itself was in the full up position. No pre-impact anomalies were noted that would have prevented normal operation of the airplane or engine.

The NTSB determined the probable cause(s) of this accident to include: “The pilot’s failure to properly configure the airplane for takeoff and his decision to takeoff with a tailwind in unfavorable water conditions, which resulted in the airplane entering an aerodynamic stall and the pilot losing control.”

While the probable cause finding describes the accident sequence, it utterly fails to embrace the pilot’s display of many of the so-called five hazardous attitudes the FAA long ago identified (see the sidebar on the opposite page). In fact, reading through the NTSB’s accident report (number CEN17FA287) offers real-life examples of how those behaviors present themselves in a real-life aviation environment.

There’s an old saying: “Unless you’re being shot at, there’s no such thing as an emergency takeoff.” While the pilot’s behaviors are a material cause for this accident, the simple fact is the accident wouldn’t have happened if the pilot hadn’t attempted the takeoff. If he had waited for better conditions—or not flown into the seaplane base in the first place—we’d be writing about a different accident this month.