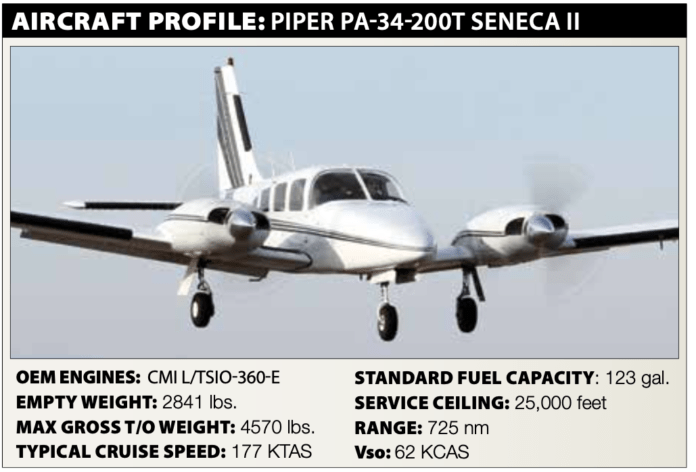 I’m a firm believer in using supplemental oxygen; there’s a portable O2 tank in my airplane right now. For a variety of reasons, I usually go on oxygen when I’m going to be at 10,000 feet or higher for any length of time. I typically fly long legs, and when I use oxygen, I’m not as fatigued as I might have been after the same amount of time at, say, 7500 feet. But higher usually is better for long flights, and O2 is part of my plan.

And there really needs to be a plan for any flight out of the local area. With the tools we have these days, there’s no excuse not to get a full preflight briefing, even if you don’t read or understand it. If you don’t get one before launching on a three-plus-hour flight with passengers, you’re not treating the situation or the passengers with respect.

In fact, that failure may point to a cavalier attitude when it comes to other aspects of aviation. Maybe a rejection of authority and a belief your experience and skill can overcome known equipment deficiencies.

All that and more are part of the details from the accident we want to look at this month.

On October 13, 2018, at 1058 Eastern time, a Piper PA-34-200T Seneca II was destroyed when it impacted the Atlantic Ocean near Westhampton Beach, N.Y. The flight instructor (CFI), a private pilot and the passenger were fatally injured. Visual conditions prevailed at the surface, with instrument conditions at altitude.

The flight departed Danbury, Conn., around 1025 and requested VFR flight following to Charleston, S.C., with an on-course heading of 219 degrees at 8500 feet msl. At 1037:06, the flight was at 9200 feet and tracking in a southeasterly direction. By 1045:33, it had climbed to 15,000 feet and continued on its southeasterly heading. The CFI told ATC that they were in and out of instrument conditions and trying to maintain VMC, and they had an “unreliable” attitude indicator. At 1046, the controller declared an emergency on behalf of the pilot and attempted to locate VFR conditions.

At 1048:05, the controller advised the instructor to start a left turn to 300 degrees to reach VFR conditions. The CFI confirmed the heading; however, radar data indicated that the airplane’s ground track continued southeast; the airplane was at 16,525 feet.

At 1056:59, the airplane entered an abrupt, descending turn. The controller twice recommended leveling the wings and the CFI twice responded that they were in a descent. There were no further transmissions from the airplane; radar contact was lost shortly thereafter, at about 1058. One witness saw the airplane “nosedive” from out of the clouds and into the ocean after hearing the engines “throttle up severely and wind back down” several times. Another witness heard a “pop” and saw pieces of metal descending from the sky. 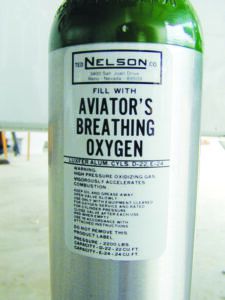 “Hypoxia is a state of oxygen deficiency in the body sufficient to impair functions of the brain and other organs,” according to the FAA’s Aeronautical Information Manual. Other than night vision, “significant effects of altitude hypoxia usually do not occur in the normal healthy pilot below 12,000 feet.”

“From 12,000 to 15,000 feet of altitude, judgment, memory, alertness, coordination and ability to make calculations are impaired, and headache, drowsiness, dizziness and either a sense of well-being (euphoria) or belligerence occur. The effects appear following increasingly shorter periods of exposure to increasing altitude. In fact, pilot performance can seriously deteriorate within 15 minutes at 15,000 feet.

“At cabin pressure altitudes above 15,000 feet, the periphery of the visual field grays out to a point where only central vision remains (tunnel vision). A blue coloration (cyanosis) of the fingernails and lips develops. The ability to take corrective and protective action is lost in 20 to 30 minutes….”

Only the left wing, including the engine and propeller, and a portion of the right wing outboard of the engine were recovered. The left wing’s spar was deformed downward, separated at the attach bolts, and displayed a fracture surface consistent with overload. The flap was separated from the wing and displayed impact damage. The separated aileron cable ends displayed a broomstrawed appearance consistent with tension overload. The outboard portion of the right wing showed deformation aft of the main wing spar. The top and bottom of the wing spar were fractured and deformed downward, consistent with overload separation.

The left engine showed no evidence of preaccident anomalies that would have precluded normal operation. Its vacuum pump had a fractured rotor, two fractured vanes and a missing drive coupling, and its vane faces showed wear. All damage to the left propeller was consistent with high-impact forces. No oxygen tanks or oxygen masks were in the wreckage.

In 2011, the CFI’s pilot certificates were revoked for falsifying logbook entries, and his mechanic certificate was suspended for operating an airplane in an unairworthy condition. An employee at the CFI’s flight training business did not believe he was instrument current at the time of the accident. Another flight instructor stated that one of the accident airplane’s vacuum pumps was not working a few weeks earlier and that it was necessary to reset the directional gyroscope every 10 minutes by flying straight and level and resetting it to match the magnetic compass.

Satellite imagery depicted an extensive area of clouds obscuring the accident site, consistent with nimbostratus clouds that supported light-to-moderate rain. Pilot reports in the area indicated cloud tops to 23,000 feet with no mention of multiple layers. The CFI did not file a flight plan, and there was no record of him having obtained a weather briefing.

The NTSB determined the probable cause(s) of this accident to include: “The instructor’s decision to conduct and continue a visual flight rules flight into instrument meteorological conditions with a known flight instrument anomaly, which resulted in spatial disorientation, causing a loss of airplane control and subsequent in-flight breakup. Contributing to the accident were the instructor’s lack of recent instrument flight experience and degraded airplane control and decision-making due to hypoxia.”

There might seem to be a lot going on here, but it’s not all that difficult to decipher. The CFI knew the airplane had some equipment deficiencies but took off anyway on a long cross-country without bothering to check weather. The airplane had been operating above 16,000 feet for more than 10 minutes before the loss of control; there was no evidence that the airplane was equipped with supplemental oxygen. The flight’s erratic track away from the intended destination and the CFI’s inability to “maneuver the airplane in response to ATC instructions that he acknowledged are consistent with the effects of hypoxia,” according to the NTSB.