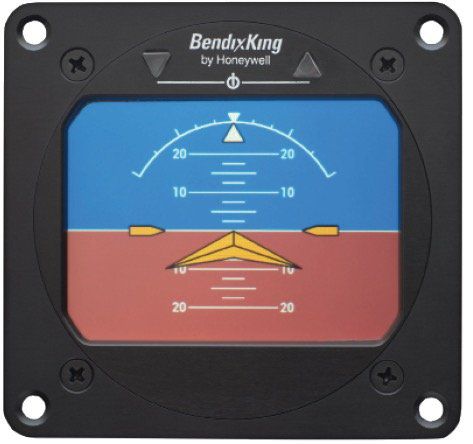 The general aviation industry has long known about the vulnerability of the engine-driven vacuum pump. This device supplies the energy to spin vacuum-driven primary flight instruments, typically the artificial horizon and directional gyro of a so-called “steam gauge” airplane. It’s an Achilles heel of an otherwise IFR-capable platform and, although conscientious pilots train for so-called “no-gyro” flight, it’s never as easy as it is in training.

All other things being equal, one of the benefits of a primary flight display (PFD, which presents flight instrumentation on an electronic panel) is its use of a solid-state attitude and heading reference system, sometimes known as an AHARS. By using an AHARS to determine which side is up and in which direction the airplane is pointed, the vacuum-driven system is avoided and usually only an electrical system failure or failure of the display itself can eliminate the flight instruments. (Certification rules require backup flight instruments when a PFD is present but not when steam gauges are energized by a vacuum pump.)

The good news is it can be impossible to find a vacuum pump on many new airplanes. The bad news is you’ll likely find one on an older airplane. The better news is the FAA is making it easier than ever to install backup instrumentation or even eliminate an older airplane’s vacuum system altogether. And competition among manufacturers like Garmin, Aspen Avionics and Dynon makes it easier than ever to install and use standby instrumentation for when—not if—the vacuum pump fails.

It seems there is at least one accident each year wherein a set of vacuum-driven gyros fail and the pilot tries to press on into instrument conditions. Although this kind of failure is both well-known and trained-for, the outcome is by no means assured. Here’s a recent example.

On May 3, 2016, at 1542 Eastern time, a Beech V35B Bonanza experienced an in-flight breakup near Syosset, N.Y. The airline transport pilot and two passengers were fatally injured; the airplane was destroyed. Instrument conditions existed near the accident site about the time of the accident, and an IFR flight plan was in effect.

According to ATC transcripts, the pilot checked in with ATC at about 1522, level at 7000 feet msl. A minute later, he reported the airplane’s vacuum system had failed and he had lost the associated gyroscopic instruments. He requested the easiest approach to descend to the destination airport. The pilot added that he was operating in VMC on top of clouds and that he wanted to continue VFR because he did not want to descend into the clouds. The controller asked the pilot if he wanted to declare an emergency; the pilot responded, “Yes,” and confirmed that he wanted to proceed to his destination airport because the “weather’s…better there.”

At 1529, the pilot requested the weather for the “Hartford-Bradley area” (near his destination) and was advised that the reported weather at Hartford included an overcast ceiling of 1600 feet and that it looked like that was the best weather among nearby airports. The pilot then requested radar vectors for the GPS approach to his nearby destination. Soon, the pilot reported entering IMC. At 1538, the pilot reported losing a “little bit” of control. The controller told him to turn left to 060 degrees, which the pilot acknowledged. At 1539, the pilot reported additional instruments had failed and that he was turning to 060 and trying to get back to 7000 feet. At 1541, the controller provided the pilot with the weather conditions at Farmingdale, N.Y., and asked if he would like to try to land there; however, no further communications were received from the pilot.

Examination revealed the vacuum pump was jammed and would not rotate. The engine end of the coupling rotated freely. Disassembly revealed that the rotor had separated radially in numerous locations. Three vanes remained intact, and three vanes had separated into numerous pieces. Rotational scoring/rubbing marks were observed on the rotor and pump housing.

The NTSB determined the probable cause(s) of this accident to include: “The pilot’s loss of airplane control while operating in instrument meteorological conditions with only a partial instrument panel due to a failure of the airplane’s vacuum pump. Contributing to the accident were the pilot’s spatial disorientation and the operation of the vacuum pump beyond the 6-year time limit recommended by the vacuum pump manufacturer.”

There are two basic ways to protect yourself against failure of vacuum-driven gyros: eliminate the vacuum system entirely and/or install a backup instrument.

If you absolutely, positively have to have a vacuum system, consider installing a so-called “wet” engine-oil lubricated vacuum pump instead of the failure-prone “dry” variety lubricated by its own carbon vanes. For many applications—pressure systems and when the pump(s) supply air to inflate deicing boots—you may be stuck with a dry pump. In that case…

Installing a backup, electrically driven attitude instrument is a good choice. There are a number of electromechanical and solid-state attitude gyros available on the market today, plus apps running on portable devices. The solution you choose must be up and running when you need it.