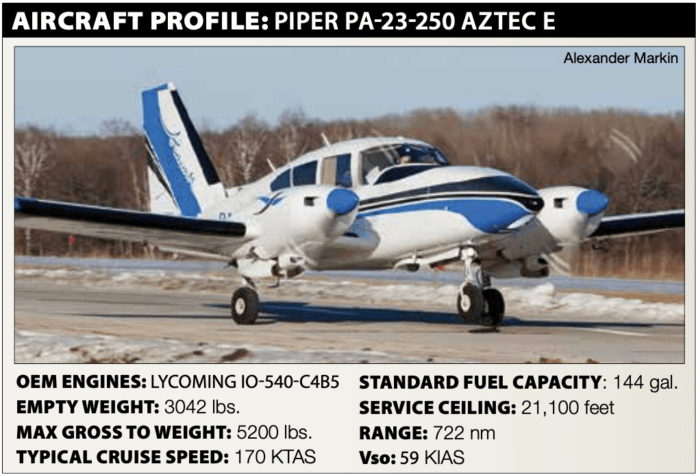 Most of my mountain-flying experience comes from frequent trips across or parallel with the Appalachian range in the eastern U.S. I’ve flown my share of trips to Las Vegas and California, though, and at least since an episode over North Carolina in a 160-hp Skyhawk, I’ve always tried to plan for and avoid related turbulence. There are few more helpless feelings than nailing the airplane’s best-climb airspeed and watching the vertical speed indicator show you a 500-fpm descent.

That event came courtesy of a stiff southwest flow over the highest peak in the area, which was great for groundspeed but not for the ride. A turn to the southeast—at a right angle to the flow—got me out of trouble in short order, and I motored home slightly east of my planned route.

Since then, my flights over almost any mountainous terrain have been along relatively low-level routes in good weather and at as high an altitude as I can comfortably get. When once flogging another Skyhawk to Las Vegas, I decided to sit out a day when winds aloft over the rough terrain and at my cruising altitude were forecast to be 50 knots, higher than the airplane’s stalling speed. The next day, in much calmer conditions, was a piece of cake.

Of course, making an informed decision on when to hold ’em and when to fold ’em can only come after a complete weather briefing and careful consideration of the conditions you can expect. As we’re about to see dissecting this month’s Accident Probe offering, you can’t plan for or avoid turbulent weather, especially at night, if you don’t know it’s there.

On January 11, 2018, at about 1800 Pacific time, a Piper PA-23-250 Aztec E collided with mountainous terrain about 42 miles south of Elko, Nev. The solo commercial pilot was fatally injured and the airplane was destroyed. Unknown conditions existing at the accident site, while Elko reported calm VFR. A VFR flight plan was filed for the flight, which departed about 1500 from Sacramento, Calif., with Salt Lake City, Utah, as its destination.

Radar and recovered GPS data show the airplane was flying east at an altitude of about 11,500 feet msl and approaching 11,084-ft-tall Pearl Peak when the pilot reported to ATC that he was encountering clouds and was going to turn around to avoid icing conditions. After obtaining information about the nearest airport, in Elko, Nev., the pilot told ATC, “Alright, I’m getting super turbulent over here I’m going to head over there.” Communication and radar contact with the airplane were lost shortly thereafter. Radar data showed the airplane crossed the ridgeline north of Pearl Peak at an altitude of 11,635 feet msl and a groundspeed of 176 knots; the airplane then turned southeast and descended; its groundspeed decreased before the track ended. 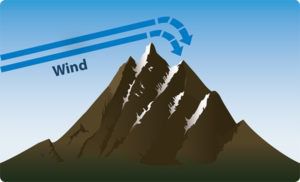 According to the FAA’s Aviation Safety Program Publication (FAA-P-8740-60) Tips on Mountain Flying, “On most mountain flights, you will need to cross at least one ridge or pass. Experienced pilots recommend crossing a ridge or pass at the ridge elevation plus at least 1,000 feet. If the winds at mountain top level are above 20 knots, increase that to 2,000 feet. Plan to be at that altitude at least three miles before reaching the ridge and stay at that altitude until at least three miles past it. This clearance zone will give you a reasonable safety zone to avoid the most severe turbulence and down drafts in windy conditions.

“When you actually cross a ridge, you should do so at a 45° angle to the ridge. This allows you to turn away from the ridge quicker if you encounter a severe downdraft or turbulence. Once you have crossed the ridge, turn directly away from it at a 90° angle to get away from the most likely area of turbulence quickly. Plan your crossing to give yourself the ability to turn toward lower terrain quickly if necessary.”

The wreckage was located by air on January 19, 2018, eight days after the airplane went missing, on the east side of Pearl Peak, at 10,090 feet msl. Identification and assessment of the airplane was conducted by helicopter on January 21, 2018, but the site was not accessible until most of the snowpack had melted. A June 15, 2018, site examination revealed the airplane came to rest on steep, sparsely wooded terrain and was destroyed by impact forces. All major structural components and primary flight controls were in the 325-foot-long debris field, aligned about 213 degrees magnetic.

The 26-year-old male commercial pilot held single-engine, multi-engine and instrument ratings. With some 650 hours total time, he had about 230 in type and had flown 15.5 hours in actual instrument conditions in the previous six months, predominantly in the midwest and northeast U.S. Although he filed a VFR flight plan, there was no record of him requesting an official weather briefing.

Airmets Zulu and Tango, for icing and turbulence, were valid for the accident site. Moderate icing was present between the freezing level—9000 feet msl—and 20,000 feet, along with moderate turbulence below 18,000 feet. Although surface conditions at Elko—42 miles north of the accident site at 5139 feet msl—were benign, forecast winds aloft offered 12,000-foot winds from 240 degrees at 32 knots. Local satellite imagery was consistent with icing hazards around the time of the accident.

The NTSB determined the probable cause(s) of this accident to include: “The pilot’s inadequate preflight weather planning, which resulted in the flight over mountainous terrain into forecast instrument meteorological conditions, icing, and mountain wave, and resulted in an uncontrolled descent and collision with terrain.”

According to the NTSB, “Radar and GPS data revealed that the airplane was flying east when it crossed less than 900 ft above the ridgeline of a high mountain peak and turned toward the downwind (or leeward) side of the ridge, where the airplane began to descend and its speed decayed….” As the NTSB also noted, “…since the pilot did not obtain a weather briefing before the flight, it is likely that he was unaware of these weather conditions along his route, and the hazards that they posed to the flight.”

There are at least three lessons we should take away from this accident. One is to obtain a full weather briefing before attempting a cross-country flight, especially over mountains and especially at night. A full briefing, followed by its careful study, might have convinced the pilot to stay on the ground.

Second, crossing a peak or ridge with barely 500 feet to spare is way too low, especially at night and in stiff winds. More altitude means a greater cushion between you and terrain if you can’t maintain altitude.

Finally, just because the weather at your departure and destination airports might be good, that doesn’t mean the en route portion will be the same. Get a full weather briefing, and understand it.