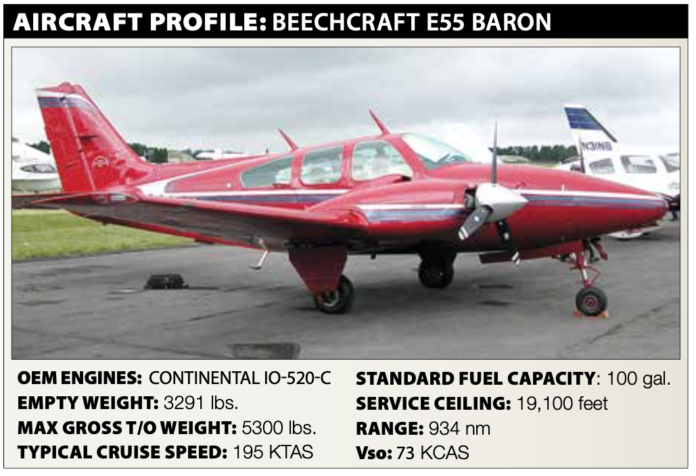 After the primary flight controls—elevator, rudder and ailerons on conventional airplanes—the most frequently used secondary control is pitch trim. That’s because a typical flight in any airplane involves a range of speeds, and pitch trim is used to minimize control forces throughout the operating envelope. Even if the pilot can supply that force, it’s fatiguing. Along the way, a popular feature is powered pitch trim, typically using electric-powered servos and installed as part of a multi-axis autopilot/flight director system.

Of course, a powered trim system brings with it additional failure modes, and its presence means the system is easier to misconfigure, adding to maintenance and inspection requirements, and the risk of catastrophic failure, including what some would call a worst-case scenario: the powered pitch trim system fails in a manner that commands the nose down and it can’t be disabled. This is not unlike what happened to two Boeing 737 MAX jetliners in late 2018 and early 2019, resulting in a worldwide grounding, although their failure mode was more complex than the system aboard typical personal airplanes. While the systems are designed to be capable of being overpowered by a pilot, that’s not always the possible. Disabling them and reverting to manual trim—where someone in the cockpit uses a large wheel, crank or lever to minimize control pressures—is the usual cure.

With that in mind, anyone familiarized with a specific airplane should know how to disable a powered pitch trim system. The methods vary depending on the failure mode itself, but when all else fails, removing power from the system is only half the battle. You still have to fly the airplane, and return the pitch trim control to a neutral setting.

The flight was cleared for takeoff from FAY’s Runway 4 at 2227:36. Two minutes later, at 2229:27, the pilot reported a problem to ATC and stated he wanted to return. The controller cleared the flight to land on Runway 4 and, at 2230:52, the pilot stated, “It’s really wanting to pitch down bad for some reason.” No further communications were received from the pilot. At 2233:18, the controller initiated emergency procedures.

The accident site was about two miles southwest of the approach end of Runway 4. A witness reported seeing the airplane veer sharply, followed by a steep descent prior to impact. The debris path began with freshly cut treetops, descending at about a 35-degree angle and extending about 50 feet on a magnetic heading of 270 degrees to the back of a residence. Sections of the right wing, left horizontal stabilizer and right engine came to rest inside the residence; the main wreckage came to rest in the front yard, upright. 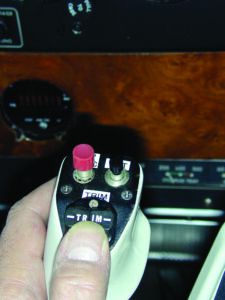 According to the NTSB, emergency procedures documentation for the make/model of the accident aircraft listed the following methods for disabling the electric pitch trim system and the autopilot. These steps will be similar for other types and equipment:

*Turning off the autopilot master switch;

*Turning off the radio master switch;

*Turning off the electrical master switch;

*Pushing the go-around switch on the throttle grip; or

*Pushing the TEST EACH FLT switch on the autopilot controller.

Examination of the wreckage revealed one propeller’s blades exhibited S-bending, chordwise scratching and leading edge gouges, consistent with being under power. The other propeller was not located. The landing gear and flaps were retracted. Flight control continuity was confirmed from all control surfaces to the cockpit yoke. The fuel selectors were in the “on” position. No pre-impact anomalies were found with either engine.

A pilot-rated friend of the accident pilot flew with him three days before the accident. The attitude and heading reference system (AHRS) fail caution light illuminated but went out shortly after takeoff. It illuminated again during a test at the end of the day’s flying. The pilot stated he would have an avionics shop investigate.

On the day of the accident, the pilot checked on the status of the avionics shop’s work and was informed the repair had not been completed. The shop needed information from the EFIS manufacturer and noted the only issue would be that the autopilot would not engage. The pilot then took the airplane for the accident flight.

Testing and examination of the pitch trim servo revealed it did not operate within design parameters—the solenoid would not disengage when power was removed without having to manually spin or bump its clutch. Additionally, the electrical cable connection “resulted in intermittent motor operation.”

Testing revealed the pitch trim servo’s clutch tension required 45 lbs. of force when the required breakaway force setting should have been 13 ± 2 lbs. The fastener securing the clutch to the pitch trim servo had been overtightened, resulting in the breakaway force needed to overcome it being about 30 lbs. too high. The overtightened clutch would have greatly increased the force required to override the clutch of the pitch servo.

The NTSB determined the probable cause(s) of this accident to be: “The pilot’s failure to disengage an uncommanded nose-down pitch input. Contributing to the accident was improper maintenance of the pitch trim servo, which would have precluded a physical override of the pitch servo.”

According to the NTSB, “Examination revealed that the cotter pin used to secure the castle nut retaining the [pitch trim servo]clutch appeared to be new, and the castle nut did not align with the factory orange torque strip setting applied at the time of servo completion and final testing. The orange torque strip on the nut and the orange torque strip on the tension washer were about ¾ of a turn off. At some point during previous maintenance, the castle nut securing the clutch on the servo was overtightened, which caused the breakaway force needed to be 30 lbs over the specified limit. The overtightened clutch would have greatly increased the force required to override the clutch of the pitch servo.”