The only time I’ve performed what I consider to have been a for-real high-altitude takeoff, it went fine. I was at Albuquerque, N.M.’s Double Eagle II airport, elevation some 5800 feet. It wasn’t the middle of summer, but it was a warm, sunny fall afternoon. I don’t recall which runway I used, but it offered more than enough length for my Debonair, which carried only me, some gear and full fuel. As I’d been trained, I leaned the engine before the takeoff and let the airplane fly itself off the runway. I handled it gently until gaining enough airspeed to establish a proper climb and I had some altitude.

Some years later, one distinctive memory of that takeoff is the time and distance it took to accelerate to liftoff speed. The takeoff roll was both longer in duration and with slower acceleration than I was accustomed. As successful as it was, I came away thinking the only good thing about a high-altitude takeoff is that it put me that much closer to my planned cruising altitude.

It’s easy to be complacent about density altitude, but there are some things we need to keep in mind. One is that a relatively underpowered airplane is going to be even more underpowered. Another is that the performance-enhancing effects of flying in ground effect can lure us into the air prematurely, without the airspeed and excess power necessary to climb cleanly away. Here’s an example of why that’s important

On July 29, 2017, at about 1420 Pacific time, a Cessna 172N Skyhawk was substantially damaged when it collided with mountainous terrain shortly after taking off from Big Bear City Airport (L35), Big Bear, Calif. The commercial pilot and passenger were fatally injured. Visual conditions prevailed.

An airport surveillance camera captured video of the airplane departing Runway 8 normally and beginning to climb. A witness near the departure end of the runway observed that the airplane did not gain altitude as it entered a nose-high attitude he described as “hanging on the prop.” The engine sounded smooth and continuous. As the airplane reached a park adjacent to the departure end of the runway, it turned to the crosswind traffic pattern leg momentarily before turning onto a tight downwind. Both turns appeared coordinated, but the airplane maintained a nose-high pitch attitude. The airplane then sank slowly and the wings began to rock back and forth before it disappeared behind trees.

Another witness observed the airplane flying low toward the south over him. The airplane began a turn to the right, then disappeared over the back side of an adjacent hill. The witness reported the airplane’s engine sounds were steady.

The airplane came to rest in a wooded area about 0.5 nm south of L35. The wreckage path began with a 45-foot-tall tree and the left wingtip, and extended some 40 feet. Both wings displayed a series of dents, depressions and “tree impact signatures,” according to the NTSB.

All major aircraft components were present; the fuselage was intact with the exception of the engine, which had separated from the firewall. The throttle was broken and the mixture control knob was in its full-rich position. Both propeller blades exhibited chordwise scratches. One blade displayed forward bending and the other displayed tip curling.

Both wing fuel tanks were breached and had an odor consistent with 100LL avgas. Thumb compression and suction were obtained for all four cylinders. The engine subsequently was disassembled; the cylinder bores, valve heads and piston faces displayed normal operation and combustion signatures. The spark plugs revealed signatures consistent with normal wear and the oil filter did not display any metallic particles. The engine’s single-drive dual magneto generated spark at each of the eight ignition harness leads when it was tested.

The 30-year-old commercial pilot held single- and multi-engine airplane ratings, a helicopter rating and instrument ratings for airplanes and helicopters. He also was a military UH-60 Black Hawk helicopter pilot. He reported 225 total hours of civilian flight experience in April 2017, most of which was in a Diamond DA40. His military flight experience was not disclosed.

The departure airport is at an elevation of 6752 feet. At the end of each runway are digital signs that show the current density altitude. Density altitude is also announced over the airport’s automatic weather observation system.

The NTSB determined the probable cause(s) of this accident to include: “The pilot’s exceedance of the airplane’s critical angle of attack during takeoff in high density altitude conditions, which resulted in an aerodynamic stall, loss of control, and subsequent impact with terrain.”

According to the NTSB, the airplane’s performance charts indicated it should have been able to climb at around 440 fpm but the surveillance video showed it was climbing at 340 fpm. The Board added, “It is likely that, experiencing degraded airplane performance due to the density altitude, the pilot responded by increasing the airplane’s pitch attitude in an attempt to improve its rate of climb. The pilot subsequently exceeded the airplane’s critical angle of attack, which resulted in an aerodynamic stall and impact with terrain.”

It’s not known how much influence the pilot’s military helicopter experience played in this accident. On one hand, it could have led to overconfidence. On another, he could have reverted to a procedure that made perfect sense in a UH-60 but was the wrong thing to do in a 172. Although the Skyhawk’s mixture knob was found in the full-rich position, there’s also no way to know where it was during the flight.

I have enough time in Skyhawks to know that 9000 feet can be a good cruising altitude but a lousy one for takeoff or maneuvering. I also know it’s not likely to get that high without leaning the mixture. Regardless, this pilot needed to let his airplane accelerate itself out of ground effect before trying to climb. 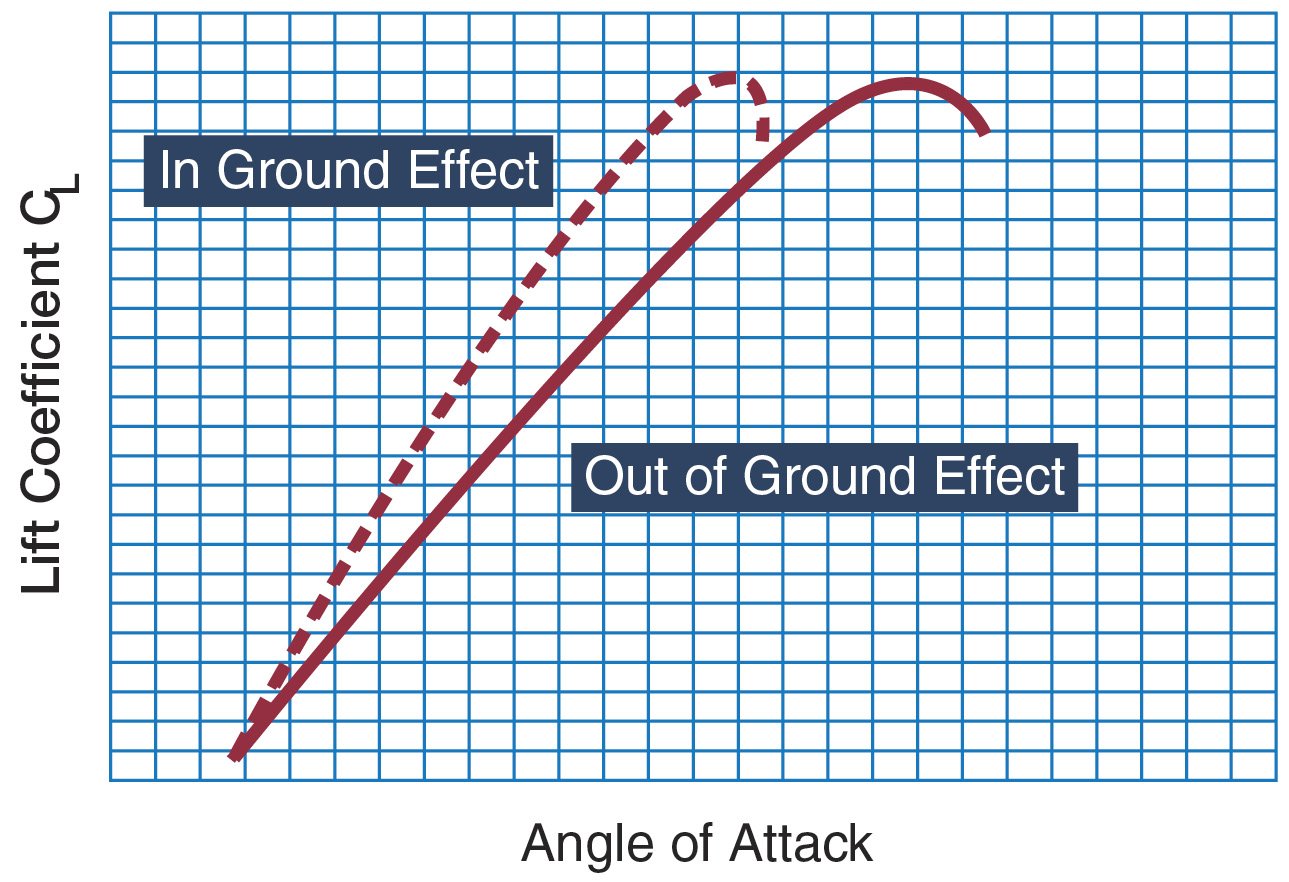 Fly In The Yellow Arc?