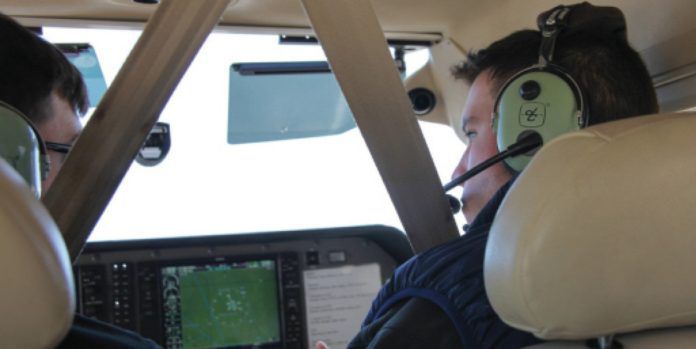 I recently had the chance to chat with a long-time friend and pilot about some issues he had with an instructor while working through a flight review. The friend was concerned about the instructor’s critique of his flying, which included comments like, “I didn’t expect you to do that,” and “I would have done it differently.” The friend wasn’t necessarily complaining about the critique itself but the after-the-fact manner in which it was supplied. Ultimately, it undermined his confidence and he chose not to fly with that instructor again, taking his chances with someone different.

I sympathized with his plight and observed that it sounded a lot like neither he nor the instructor knew what the other expected and both failed to communicate their respective expectations during the flight. Which got me to thinking about the old saw that an airplane cockpit is the worst classroom ever, that there’s a reason instructors have lesson plans and that it’s impossible for a pilot receiving training to meet an instructor’s expectations if they’re never stated. The good news is there are easy ways to fix this.

I’ve recently had an interesting mix of people in my Debonair’s right front seat: an experienced instructor, to work with me on an instrument proficiency check (IPC), a non-pilot with some experience aboard light aircraft, and a long-time pilot who hasn’t flown as PIC in a few years. Each had different roles, of course, but each also had different expectations of my behavior and actions, just as I did of them.

In all these cases, it’s my airplane. I’m the pilot in command and sole manipulator of the controls. Even though the FAA probably would have considered the flight instructor to be PIC when it came to some kinds of operational violations, I still have the responsibility to ensure the flight is completed within my safety and performance parameters.

The instructor and I started planning for the flight days ahead. I wanted to hand-fly my way through some basic instrument maneuvers—climbs, descents and turns, plus holds and practice approaches both with and without glidepath guidance, with go-arounds and missed approaches mixed in. That plan meant a great workout and—except for something I’ll get to in a moment—went well until we approached Fly-In Lunch Municipal on a straight-in from about 10 miles out. We made appropriate radio calls and monitored other traffic in the area, but still encountered a Skylane on a left base to the runway as we were about two miles out on final, with the gear extended and while carrying a notch of flaps.

We both spotted the traffic at the same time, a split-second before my panel advised us of the potential conflict through the intercom system. The only thing to do was a 360-degree turn to give the Cessna an extra two minutes to get down and clear of the runway before it was our turn. “I’m making a left 360,” I told my instructor as I added a smidge of power to arrest the descent at around 500 feet agl and rolled into a standard-rate turn, also announcing our intentions on the CTAF. My plan worked—when we rolled out on final again, I dropped the rest of the flaps, performed another GUMP check, landed, made the first turnoff and beat the Skylane to the ramp (which meant we got a table at the airport restaurant before they did).

But if I hadn’t verbalized my plan to execute the 360 to both the traffic and my instructor, no one but me would have known what was going on, where I would be next and what, if anything, they should do about it. That’s not smart aviating.

That kind of communication apparently would have been helpful for my friend working on his flight review. I asked him a few probing questions: Did the instructor brief you on where you would go and at what altitude? What about the maneuvers he planned to request, and what constitutes adequate performance? In addition to his critiques, did he also reward you when you met his expectations? What precisely did you do that he felt the need to critique? From his responses, I concluded the instructor was rather inexperienced and unaccustomed to pilots whose training may have emphasized different elements of primary flying. But mainly I believe neither occupant was communicating their expectations.

Of course, pilots receiving instruction and presenting themselves for a flight review differ wildly in their experience levels. They also differ in what they consider appropriate instructor interactions and they usually expect the instructor to explain—preferably on the ground before the flight—what maneuvers they’ll be asked to perform and what criteria will be used to evaluate their performance. (Hint: This usually will be the airman certification standards appropriate to the certificate held or those applicable for the new rating or certificate sought.) After talking with my friend, I concluded his expectations for this briefing were not met, if for no reason other than he didn’t understand the criteria by which his performance would be judged.

Distracting a pilot receiving instruction is a time-honored method instructors may use to gauge how well or poorly the left-seater is handling things. The FAA’s airman certification standards even encourage it: “The evaluator should incorporate realistic distractions during the flight portion of the practical test to evaluate the pilot’s situational awareness and ability to utilize proper control technique while dividing attention both inside and outside the cockpit.” If he or she can enter a hold, for example, while looking for the pencil the instructor dropped as a means of distraction, the rest of the hour likely will go well. On the other hand, if the left-seater can’t handle a minor disruption to routine, the instructor knows he or she may have to earn their hourly rate on this flight.

We can have too much of a good thing, of course. On my IPC, I was a bit overwhelmed, and a lot behind the airplane, at least at first. Part of the reason was the constant dialogue of prodding and urging from the instructor, which left me with little remaining mental bandwidth needed to keep the airplane headed in the right direction while processing and responding to the conversation. Flicking on the audio panel’s “Isolate” switch probably would not have been the politic thing to do, even though it would have been defensible. Probably.

Why Don’t We do It On The Ground?

The flight with the non-current pilot was different, of course. This individual and I had flown together on numerous occasions and—for good or ill—we knew what to expect of the other. I knew I didn’t have to worry about a door opening or a foot jamming a rudder pedal at the wrong time. But there still was a passenger briefing necessary and a “how-to” on the headset and cabin door.

Before that, however, I explained what we were going to do, where we’d be going and what I was going to do when we got there. I also requested some assistance: look for traffic and holler if I do something stoopid. We did all this on the ground, before the engine was running, so there was no pressure on either of us to get on with the program in a feeble attempt to conserve avgas.

The time pilots and instructors spend briefing their planned flights is best spent on the ground. The Hobbs meter isn’t running, although the instructor’s clock probably is, and the environment can be much more relaxing and conducive to thoughtful discussion than during the initial climb after takeoff. That briefing assuredly can continue once airborne, but it really should be a refresher to remind the student of what was discussed earlier: “Now, we’re going to do what we briefed before takeoff. Remember everything? Any questions?”

An Integral Part Of Aviating

By definition, operating an aircraft requiring more than one pilot demands much greater cockpit communication than when we’re solo. The industry’s training philosophy has evolved over time to incorporate crew briefings led by the pilot flying to ensure everyone knows their role during critical phases of flight. Flight instruction is no different and, perhaps, even more demanding of accurate, timely and informative communication. Both front seats need to communicate plans, concerns and information to make the best of the training offered and received.

Any time we have another person with us, we also need to tailor our cockpit communication to his or her needs and expectations, many of which we won’t know until we begin a briefing and ask questions.

How I communicate with non-pilot passengers usually is much different than when another pilot is aboard. First, FAR 91.107 requires us to brief each passenger “on how to fasten and unfasten that person’s safety belt and, if installed, shoulder harness.” My passenger briefings always include the admonition to keep the belts fastened at all times. There are, of course, other important elements for these briefings, which can include but are not limited to.

Just as important is giving the non-pilot passenger some idea of what’s to come. Keeping him or her apprised of our progress also is important—I’ve had passengers complain they thought we were going to crash because I was so busy, which is not a good look. Keep your passengers informed, entertained and in the loop, and they might fly with you again.