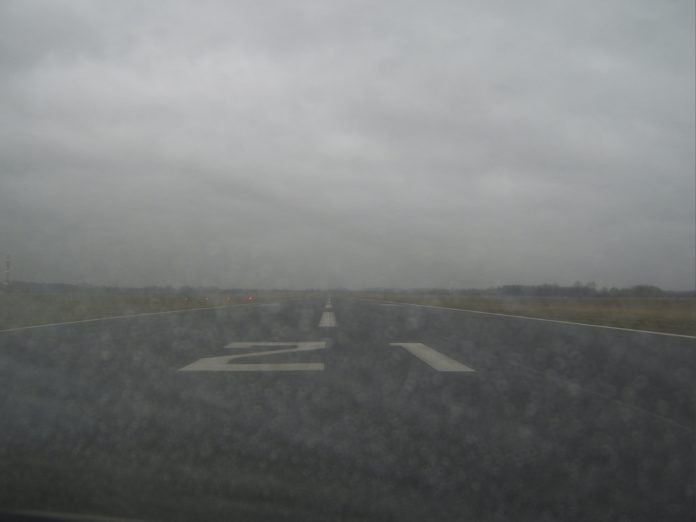 As Thanksgiving, Christmas and New Year’s Eve fast approach, it’s a good time to highlight for U.S. pilots how many of us may be under great pressure to accomplish our planned flights over the holidays. Friends and family are waiting, and we’ll miss the parties if we don’t get there on time. In my experience, pressure to complete a personal flight—whether self-imposed or heaped upon us by acquaintances—can be at its greatest during the holidays.

At least in North America, that also can be the dead of winter for many locations, and the personal airplanes many of us fly just aren’t equipped to cope. For example, and other than a warm pitot tube, they generally lack anti-ice equipment. They likely may not have the range or endurance to reliably avoid weather, or retreat to solid-gold alternates. For non-instrument-rated pilots, the challenges can be even grimmer: Low ceilings and visibilities can wreck carefully made schedules by forcing us to stay on the ground.

Any time we plan a flight—even if we don’t leave the traffic pattern—we need to think about options. That’s especially true for a “must-do” flight, and especially over the holidays, when expectations are high and suffering delays for weather plants doubt about your abilities in others’ minds. Depending on the situation, canceling or delaying long-planned reunions because we or the airplane aren’t up to the task can expose us to social consequences we may not be able to ignore. Even if it doesn’t, the self-imposed guilt of missing the festivities and being a source of drama can bring us to take chances we might not otherwise contemplate.

On November 22, 2017, at 1656 Eastern time, a Cessna 172G was destroyed when it impacted trees and terrain near Pittsford, Vermont. The solo commercial pilot was fatally injured. Night instrument conditions existed near the accident site. The pilot took off from Pittsfield, Mass., at 1555 with Middlebury, Vermont, 94 nm away, as its destination. Thanksgiving was the next day.

The Skyhawk was reported overdue later that night, and was found the next day on the property of a witness who heard the airplane fly overhead, but little else. Track data from a portable GPS navigator was retrieved and depicted the entire accident flight.

After takeoff, the Cessna proceeded to the northeast until it began following a highway for about 50 miles. The airplane’s GPS altitude was generally at or above 3000 feet. About 35 miles before the end of the recorded data, however, its GPS altitude began to decrease and soon the airplane was at 1500 feet.

When the highway turned to the west, the airplane continued to the north, entering a valley between two ridges. It followed the valley between the ridges before turning west and crossing the western ridge. It then began a descending right turn toward the north, where the track data ended. The last recorded GPS position, about 14 miles from the destination, was at 1152 feet MSL and about 750 feet from the accident site. Ground elevation was about 727 feet.

The 89-year old pilot received two weather briefings, the last one about 90 minutes before takeoff. He was advised of widespread marginal VFR conditions, and advised that Airmets Sierra (IMC in mist and mountain obscuration), Zulu (icing below 7000 feet) and Tango (moderate turbulence below 14,000 feet) were in effect.

The forecasts seemed valid: The 1656 conditions recorded at the destination airport included wind from 350 degrees at five knots, 10 statute miles of visibility, scattered clouds at 2200 feet, an overcast ceiling at 3600 feet and a two-degree Celsius temperate/dewpoint spread. It was dark; civil twilight ended at 1657.

Examination of the airframe and engine did not reveal any preimpact anomalies. The airplane was equipped with both vacuum- and electric-powered gyroscopic flight instruments. The electric artificial horizon showed evidence of circumferential scoring on both components consistent with rotation during the impact sequence, but the vacuum-powered instruments—another artificial horizon and a directional gyro—did not. The vacuum pump’s vanes were intact and no pre-impact anomalies could be found with it.

The commercial pilot had privileges for single- and multi-engine land-based airplanes, plus an instrument rating. His most recent third-class medical certificate was issued on July 14, 2015, expiring almost four months before the accident. He had not completed the FAA’s BasicMed requirements. At the time of the 2015 medical certificate, the pilot reported 1520 hours total time and 55 hours in the preceding six months.

The NTSB determined the probable cause(s) of this accident to include: “The pilot’s decision to continue visual flight into instrument meteorological conditions, which resulted in a loss of control due to spatial disorientation.”

The NTSB explained, “Based on the available information, it is likely that the pilot inadvertently encountered instrument meteorological conditions while maneuvering the airplane in deteriorating light conditions near the end of civil twilight. Although the pilot was instrument rated, no determination of his recent instrument flight experience could be made. He was likely not prepared for the sudden entry into instrument conditions and the loss of visibility combined with the turns and varying altitudes while attempting to exit the valley resulted in spatial disorientation and a subsequent loss of airplane control.”

If we spend much time using a personal airplane for travel, we’ll inevitably find ourselves in a situation similar to the one confronting this pilot. He wanted to be somewhere else that night, to enjoy the holiday with his family, and chose to fly himself. Unfortunately the weather wasn’t cooperating. Choosing to fly at night compounded the problem, and potential icing along with his lack of instrument currency forced him to stay under the overcast.

Ironically, if he had driven the relatively short distance instead of flying, he likely would have taken the same route.

Dealing with Reduced Visibility
According to the NTSB, “About two-thirds of general aviation accidents that occur in reduced visibility weather conditions are fatal. The accidents can involve pilot spatial disorientation or controlled flight into terrain.” Of course, weather briefings and in-flight updates are critical.

The NTSB adds, “Pilots shouldn’t allow a situation to become dangerous before deciding to act. Additionally, air traffic controllers are there to help; be honest with them about your situation and ask for help.

“Even when flying at night, visual weather conditions can also be challenging. Remote areas with limited ground lighting provide limited visual reference cues for pilots, which can be disorienting or render rising terrain visually imperceptible. Topographic references can help pilots become more familiar with the terrain. The use of instruments, if pilots are proficient, can also help pilots navigate these challenging areas.”