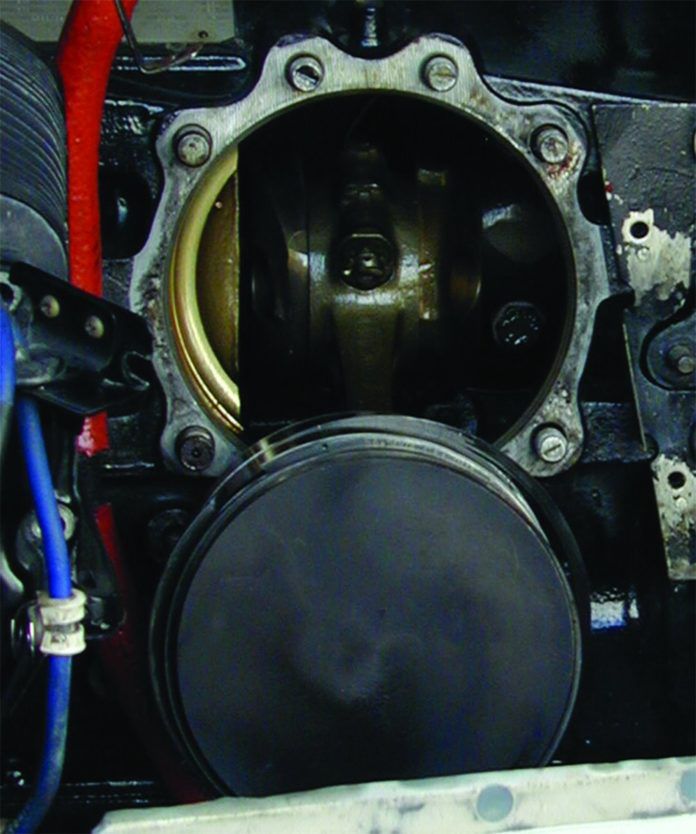 My wife and I planned a flight to the San Francisco area to attend our eldest granddaughter’s college graduation. On the morning of departure, I obtained a standard briefing indicating beautiful VFR for the entire flight. We headed to the airport, preflighted the aircraft and loaded our luggage. A smooth takeoff run was followed by a crisp climbout in the cool morning air to our cruising altitude of 9500 feet.

The GPS showed we were on course and I opened our flight plan. The morning sun on the eastern flanks of the Cascades bathed the mountains in a beautiful warm glow as they slid past the windows. In the distance, Mt. Shasta loomed at over 14,000 feet in the windscreen. I pointed out the Klamath Falls airport as it came into view.

We had just overflown the airport when the engine suddenly made a very loud, explosive sound and began missing and vibrating violently. I quickly reduced the throttle to idle and scanned the instruments: oil pressure, oil temperature, cylinder head temperature, exhaust gas temperature, fuel levels left and right. All were nominal, but something was very wrong.

I told the tower controller I had “engine issues” and needed to “get down immediately.” We were quickly cleared to land on any runway and asked if we were declaring an emergency. I replied in the negative since we had a runway made at all times. I chose the longest runway and quickly reviewed what lay ahead: Watch the airspeed and angle of bank, keep the turn coordinated. To lose altitude we began a series of 360 degree turns near the threshold and finally rolled out lined up with the runway. The landing was inelegant but safe and we rolled off to the FBO. We were extremely fortunate the incident occurred where it did!

During our flight training we have all had instructors who asked, “Where would you land if the engine quit now?” Some would pull the throttle to idle for added drama. Then you fly year-after-year without incident and complacency sets in. Consider our situation: On the inbound side were large marsh areas and a huge lake; outbound, lava fields and cinder cones. Not great places for an emergency landing. I have to admit that as we flew over the marsh and lake I did not give the slightest thought to a potential off-airport landing site.

So here is my takeaway: Though infrequently, things can and do go wrong. In the future, I’ll always be looking for a suitable landing site and frequently checking the GPS for the nearest airport.

Oh, and if there ever is a next time, I’ll absolutely declare an emergency. One cannot know the extent of other possible associated problems, which could quickly burgeon into a life-threatening situation.