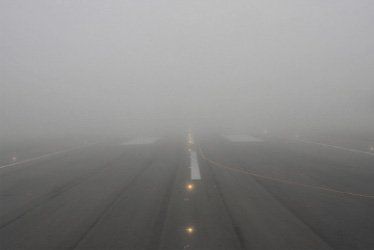 Checking the weather for a short afternoon flight showed visibility of more than 10 sm and clear skies locally, with a barely moving front off to the west. The forecast showed nothing unusual, although clouds and limited visibility were expected to arrive with nightfall several hours after my anticipated landing time. The temperature/dew point spread was narrow, but around the Great Lakes, we often had high humidity content at lower altitudes as moisture blew in off the water. Seeing ground-level dewpoints only a few degrees away from temperatures wasn’t concerning. Overall, the weather looked great for a local sightseeing flight in the late afternoon.

As I took off, I recall noticing the front miles to the west had some significant high-altitude cloud buildup along its extent. This didn’t mean much to me at the time, other than thinking the slow-moving front was far away and that I had plenty of time left to fly. As we flew along, pointing out landmarks to my passenger, the ground started getting noticeably darker as the sun began to set behind that wall of clouds to the west. The clouds were so high that this “artificial sunset” happened hours before actual sunset. About 30 minutes into the flight, the air started to cool off and the visibility started to drop, slowly at first, but then quickly as the air cooled just enough to begin producing a cloud layer.

The meteorologists working on the hours-old TAF hadn’t factored in the artificial sunset that was going to occur when that thick western cloud layer blocked out the sun. For my part, it hadn’t occurred to me that the evening temperature drop was the driver behind the forecasted cloud and visibility changes expected at nightfall, not the front passing through. If I’d considered that, it might have led me to take notice when I saw the thick clouds to the west, or especially once I saw the sun start to set behind them. Even after cutting the flight short and keeping my speed as high as possible, a special VFR clearance was required to land at the field that very quickly became socked in after we touched down.

I still see this phenomenon occasionally while flying in the Rocky Mountains of Colorado. As the sun sets over the range on high-humidity days, a haze can begin to form, which drastically reduces visibility and, coupled with the coming of night, can be dangerous for people who aren’t prepared for it.

This experience occurred early in my life as a pilot, just after earning my private in the Great Lakes region of Canada. It’s something that has stuck with me ever since.

It’s important to understand the drivers of weather and not just accept the forecast handed to you by Flight Service. Local phenomena can be difficult for a meteorologist behind a desk to predict accurately!