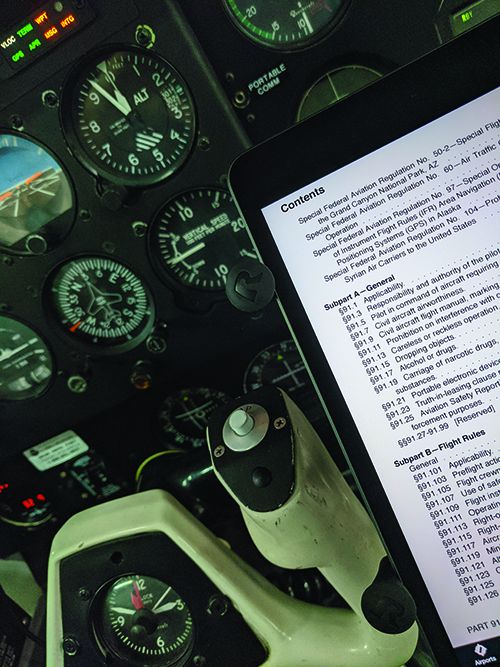 Just as with any other complex endeavor that’s developed over time, aviation has many myths. That’s especially true when it comes to FAA regulations—the FARs. To be fair, there are a lot of regulations, and many of them are written for attorneys, not pilots. Especially for newer pilots or those who fly different aircraft in different operations, some of it can seem overwhelming and confusing. In other words, bad interpretations or outright falsehoods—either of which we’ll label as myths—can be created and persist.

One of our all-time favorite myths was that the FAA was going to postpone the January 1, 2020, date for ADS-B compliance. That one persisted even when one FAA suit after another went on the record to state the exact opposite. With that as preamble, here are some of our favorite myths about the FARs when operating as a non-commercial flight under Part 91.

“To fly at night, you must carry a flashlight powered by at least two D-cell batteries.” This myth actually has two kernels of truth in it. In fact, there’s no such requirement for non-commercial Part 91 that says we must carry a flashlight at night. The myth comes from a too-quick reading of FAR 91.502—which addresses large or multi-engine turbines, and Subpart K—and 135.159 non-scheduled passenger and cargo operations, among others. The two FARs indeed require the aforementioned flashlight with two D cells, but don’t apply to us. This is an older rule, dating from a time when flashlights were bulkier things, used incandescent lamps, not LEDs, and their batteries were much less powerful than today.

None of which implies you don’t need a flashlight to fly Part 91 at night, just that there’s no FAR requiring it. You definitely should carry at least one portable light source at night, but that device doesn’t have to be one with two D cells, or even a conventional flashlight. You can use your cellphone with a flashlight app if you choose, or stash smaller LED flashlights in almost any location throughout the cabin.

While we’re at it, we’ll also point out that the FARs have different definitions for “night.” One of them (FAR 91.209) tells us an aircraft’s position lights should be on from “sunset to sunrise.” For purposes of logging flight time, however, FAR 1.1 tells us, “Night means the time between the end of evening civil twilight and the beginning of morning civil twilight, as published in the Air Almanac, converted to local time.” Of course, we all carry an Air Almanac in the glove box for just these occasions (see the sidebar above). If you need this information, call Flight Service.

What The Heck Is The Air Almanac (And Where Can I Get A Copy?) 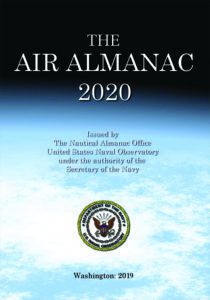 According to the U.S. Government Printing Office, the Air Almanac needed to calculate civil twilight is a volume containing “the astronomical data required for celestial air navigation.” It’s a large volume—the 2020 version we downloaded is 909 pages—providing “the Greenwich hour angle and declination of the Sun, Moon, and three navigational planets; the Greenwich hour angle of Aries; rise and set times of the Moon for a range of latitudes; and other data,” according to GPO. 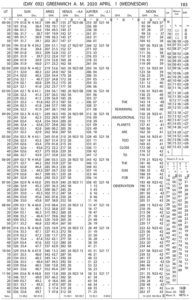 Also according to GPO, each data point is tabulated (as shown at bottom right) “at 10-minute intervals to a precision of 1 arcminute: the Greenwich hour angle and declination of the Sun, Moon, and three navigational planets; the Greenwich hour angle of Aries; rise and set times of the Moon for a range of latitudes; and other data. Each edition also contains sky diagrams for each month; sunrise, sunset, and twilight tables; and positions of the navigational stars.” (No, there won’t be a quiz. The rest of us will simply hit the “direct” button.)

Getting your hands on a copy of the Air Almanac is problematic. In the U.S., the U.S. Naval Observatory is responsible for publishing the tome, making it available for a free download from the GPO web site. (In the U.K., it’s published by Her Majesty’s Nautical Almanac Office (HMNAO.) However, the 2020 edition isn’t available yet because the USNO web site has been offline since October 2019, and reportedly is planned to be unavailable for at least six months from that date.

If you absolutely, positively must have a copy of the 2020 edition before then, all 909 pages (PDF, 45 megabytes) are available free for the download from a private, third-party site at tinyurl.com/SAF-NIGHT.

Instrument-rated pilots learned during their ground school work that an alternate is required to be filed if the forecast weather at their destination doesn’t meet the so-called “1-2-3 rule”: For other than helicopters, if the weather forecast one hour before and one hour after the ETA is at least 2000 feet agl and the visibility at least three statute miles, filing an alternate is not required. If the ceiling or visibility is less than 2000 and three, you need an alternate.

The catch is that this presumes the destination airport is served by at least one published approach procedure, and that your aircraft has the necessary equipment. If there’s no usable standard or special instrument approach procedure for your destination, you must file an alternate. But the rule doesn’t come out and say that. What FAR 91.169 does say is that an alternate airport is always required to be part of your IFR flight plan except when the weather is better than the “1-2-3 rule.”

That said, selecting an alternate airport is something of an art. The pilot must determine how much fuel he or she expects to have on arrival at the destination, then how much fuel is needed to fly to the alternate airport, then add 45 minutes of endurance (30 minutes for helicopters). If there’s not enough fuel available, find another alternate, or wait for better weather.

You can select an airport lacking published approaches as your alternate, but only if the ceiling and visibility are forecast to allow “descent from the MEA, approach, and landing under basic VFR.” Good luck with that. 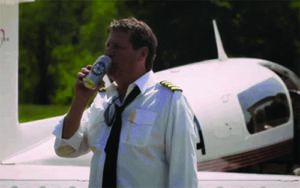 Let’s be clear: No one should be flying any aircraft when under the influence of alcohol (or many drugs, for that matter). But many pilots who use alcohol may believe that, as long as they stop drinking eight hours before a flight, they’re good to go. That’s what it says in FAR 91.17, right? Not so fast.

What the regulation actually says is you may not act as a crewmember within eight hours after consuming any alcoholic beverage or “with an alcohol concentration of 0.04 or greater in a blood or breath specimen.” Of course, we all carry around a Breathalyzer to ensure we’re at or below a 0.03 blood/alcohol concentration, right?

At first blush, it would seem illegal to drop anything from your aircraft. After all, we are dealing with the FAA, and they regulate everything, amiright? On the other hand, there’s no telling where this anvil I want to chuck out of my Champ might land (without some practice, anyway). So when and how is it legal to drop stuff? And why?

The relevant FAR is 91.15, and it’s as clear as mud: You may not “allow any object to be dropped from that aircraft in flight that creates a hazard to persons or property. However, this section does not prohibit the dropping of any object if reasonable precautions are taken to avoid injury or damage to persons or property.” In other words, you can drop anything anytime, including at night or in IMC, as long as you take “reasonable precautions.” You get to decide what those are, and we hope you can defend your decision at the enforcement hearing.

Why such a permissive rule? Skydiving, for one reason. The flour bombs during open house at your friendly neighborhood airport for another. And then there’s the occasional aircraft part.

If you live in Florida, Hawaii, near a coastal area or around the Great Lakes, you’ll likely fly over water at some point. You’re required to carry a personal flotation device (PFD) or a life raft, right? Well…no. This is another popular misconception arising from rules applying to large and multi-engine turbines, and Part 135. For non-commercial Part 91 operators, there is no requirement to carry a life raft, or even a PFD.

Which is not to say going without water survival equipment is a good idea. If you live far from a major body of water, you should have no worries without one. But if you frequently see water underneath you, at least carry a PFD for each seat. For non-commercial Part 91 operations, there is no requirement for water survival equipment to meet any particular standard, even U.S. Coast Guard approval.

PUTTING IT ALL TOGETHER

That the FARs can be difficult to understand, and therefore difficult to comply with, is one of the reasons the FAA publishes advisory circulars and other guidance, including legal interpretations. As always, the FARs should be considered minimum standards: we’re free to exceed them in many cases.

Put another way, some of the myths arising from the FARs—like any good conspiracy theory—have some small basis in fact. Life rafts and PFDs, for example, can be a good idea, and so are flashlights. Both are required for other operations—for obvious reasons—but it’s a myth that they’re required aboard the typical personal aircraft.