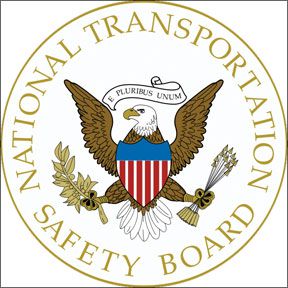 The U.S. National Transportation Safety Board (NTSB) is one of those federal agencies wed have to create if it didnt already exist. The NTSB has its roots in the 1926 Air Commerce Act and, through successive legislation, was made independent of the FAA, for example, or any other government agency in 1974.

And the NTSB does some excellent work. My favorite example is its investigation into the January 1982 crash of an Air Florida Boeing 737 into the Potomac River shortly after taking off in the teeth of a major snowstorm. In determining the airplanes takeoff power settings, the NTSB used the cockpit voice recording and spectrum analysis to establish the crew had failed to activate engine anti-icing and were presented with misleading engine power readings. That reportedly was the first time such technology had been brought to bear on an aircraft accident investigation.

The NTSB has such a good track record it is routinely asked to participate in aviation accidents occurring overseas. According to a speech delivered by NTSB Chairperson Debbie Hersman in early January to Embry-Riddle Aeronautical Universitys Twenty-Second Aviation Law and Insurance Symposium, “…about 75 percent of the air carrier accident and incident investigations conducted by the NTSB each year now are non-U.S. events.”

But the NTSB isnt perfect. For example, it often comes under fire for the actions of its administrative law judges (ALJs), charged with conducting hearings into enforcement actions brought by the FAA. The basic complaint from those practicing before the NTSB is the ALJs routinely side with the FAA and against the airman. All in all, however, the NTSB is one of those federal agencies rarely coming in for the kind of criticism reserved for, say, the IRS, the TSA or even the FAA. That said, we dont always agree with the NTSB, especially when considering its finding of probable cause in aviation accidents.

Also in these pages is a regular feature wherein we dissect a usually fatal accident, its investigation and the NTSBs conclusions. Often we agree; sometimes we dont, and point out other factors we think should have been considered or given greater weight. Thats as it should be.

Meanwhile, a December 27, 2010, Wall Street Journal article,-you can find on the WSJ Web site at tinyurl.com/as-wsjpiece-came onto our radar screen. Its lead paragraph says the NTSB is “…seeking a major role identifying aviation hazards before they can cause crashes.” Really? Isnt that already the NTSBs role?

The article goes on to note Ms. Hersman believes the NTSB needs to “change part of its focus to remain relevant” in these times of steadily improving commercial aviation safety. According to the WSJ, “Under the change, the NTSB boards five members and staff of engineering and human-factor experts want to expand to analyze and combat developing safety threats. For example, rather than spending nearly all their time ferreting out factors that caused specific accidents, board officials would put a much higher priority on collecting and studying industry-wide data about what prompted recent dangerous incidents.” Examples cited by the WSJ include temporary loss of control, problems with automated systems, the catch-all “pilot error” event and near mid-air collisions.

To be sure, such a proactive approach to safety-whether involving aircraft, oil tankers or natural gas pipelines-is what the NTSB should be doing. But isnt the NTSB already doing these things? Well, yes.

One of the things the NTSB has been routinely doing is publishing a series of statistical reports involving air carrier and general aviation accident data. These reports look at a calendar years worth of data generated by one of the two aviation segments and contain a wealth of information.

Other organizations-for example, this magazine and the AOPA Air Safety Institute-routinely pore over these reports for additional insights into how we can advise pilots, and help them manage risk and prevent accidents. Theres only one problem: The NTSB is roughly four years behind in publishing its annual reviews of accident data.

There was a time, not too long ago, when a four-year delay in publishing analyses of aviation accidents wouldnt mean much. That was before GPS, glass cockpits, TFRs and ever-increasing reliance on automation. But that time is gone, replaced by the one in which we find ourselves, when communications and information technologies have advanced to the point the NTSBs four-year delay in analyzing accident statistics should result in someone getting fired.

Of course, none of what Ms. Hersman went to the WSJ to talk about really involves general aviation. Instead, as the article alludes, the NTSBs Holy Grail is what the newspaper termed “certain operational data closely guarded by U.S. airlines.” This is the Flight Operational Quality Assurance program, or FOQA, a voluntary partnership between the FAA, pilots and air carriers to “allow all three parties to identify and reduce or eliminate safety risks, as well as minimize deviations from the regulations.”

Essentially, FOQA uses de-identified and confidential flight recorder data to help the three “partners” monitor and identify trends adversely impacting aviation safety. Think of it as an expanded, near-real-time version of the Aviation Safety Reporting System (ASRS) run by NASA. Owing at least in part to flight crewmembers “universal lack of trust in who will see and act on the flight data once it is recorded and studied”-as Doug Carr, the National Business Aviation Associations Vice President, Safety, Security & Regulation, reportedly stated-participation in and compliance with the FOQA program is not required of commercial operators by the FAA at this time.

But thats really what the NTSB is after: regular access to FOQA data. “If this information is being collected for the purpose of accident prevention, she said, we should absolutely have freer access to it,” the WSJ reported. Of course, more staff and a larger budget would be nice, too. Maybe a pony, as well?

I dont really have an opinion on whether the NTSB should become the fourth “partner” in accessing FOQA data-its not my ricebowl, although additional privacy and enforcement safeguards sound like a good idea. But I do think the NTSB should catch up its four-year backlog on accident analyses before going out in search of more data to analyze.