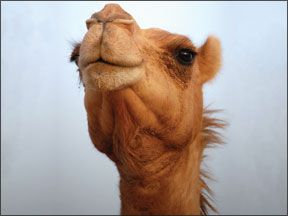 Recent rants in this space discussed the FAA’s role in Washington’s ongoing budget battles and, especially, proposed low-activity tower closures. After a couple of weeks of air traffic slowdowns brought on by ATC staffing furloughs and primarily affecting airline passengers in the northeast, Congress demonstrated it can move quickly: It passed a measure basically exempting the FAA—but no other agencies—from the sequestration process and allowing it to move its money around to eliminate ATC slowdowns. So far, the FAA’s actions haven’t had a widespread impact on general aviation. That could change.

In recent weeks, the agency has told the Experimental Aircraft Association (EAA) it wants the association to cough up $500,000 to cover ATC costs for its upcoming AirVenture fly-in, including controllers’ travel, per diem and overtime. In the past, these expenses were routinely paid by the FAA. The association says the agency’s demands “may be an early indication of further efforts” to impose user fees on general aviation.

“This issue is significantly bigger than AirVenture,” said EAA Chairman Jack J. Pelton. “We’ll have full air traffic staffing and operations at Oshkosh and are well-prepared for our event. Unfortunately, this is coming at a great cost to EAA. The larger issue, however, is about the unknown and alarming new direction the FAA is taking in charging for an equivalent level of safety that has previously been provided.”

The EAA in early June mounted a Congressional lobbying campaign, asking elected officials to convince the FAA to abandon its plans for AirVenture, and made some very good points. Among them is the fact the FAA is the only agency Congress gave flexibility to address sequestration’s impact. Additionally, Congress has repeatedly and formally legislated against GA user fees of this or any other type. At this writing, the outcome of EAA’s efforts to oppose the FAA—which some have labeled “extortion”—is unknown, especially since AirVenture as we know it couldn’t happen without the FAA waiving some of its air traffic rules. Earlier this year—before Congress basically exempted the FAA from sequestration—the Sun ‘n Fun fly-in was forced to pay for ATC services. And there are reports of the FAA making similar requests/demands of other fly-in events.

Pelton’s statement raises an excellent point, however, regarding the agency’s future actions. The FAA appears poised to impose its idea of user fees on general aviation despite long-standing Congressional opposition. Every administration since at least Ronald Reagan’s has made some form of GA user fee proposal, but the FAA’s recent actions are nothing if not creative. If they succeed, the GA user fee camel’s nose definitely will be under the tent.