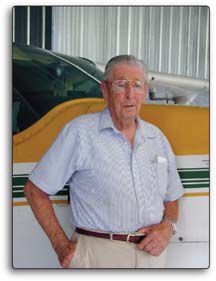 Crossfield
As most in the aviation community know by now, legendary test pilot Scott Crossfield died April 19 when his Cessna 210A rapidly descended into remote mountainous terrain near Ludville, Ga., after entering an area of thunderstorms, as the NTSB put it. According to the safety board, his airplane entered a Level 6 thunderstorm just prior to ATC losing radar contact. The wreckage distribution was consistent with a low altitude in-flight breakup.

So ended the story of one of aviations most accomplished yet undemanding and innocuous personalities.

I knew Scott barely well enough to be on a first-name basis with him. We first met back in the mid-1980s when he was a professional staff member of what was then the U.S. House of Representatives Committee on Science and Technology. I was working for an aviation trade association on a variety of policy issues, including ATC system modernization.

His role on the committee, as I recall it, basically involved trying to inject some reason and sanity into some of the more harebrained schemes hatched by bureaucrats and elected officials alike. One of his comments regarding yet another proposal to develop a supersonic airliner serving the Pacific Rim stuck in my mind: Sure; we can fly from the U.S. to Tokyo in three hours, but your luggage will still end up in Kansas City. Just because technology could do something, he didnt believe that it should be done for that reason alone, or that it wouldnt create a fresh set of problems defying a technological solution.

In the hours and days after his death, I thought about those experiences, as well as some time I spent with him two years ago. That most recent occasion took place in his hangar at the Manassas (Va.) Regional Airport, sitting next to the airplane in which he died, talking about his experiences as a test pilot. The idea was to do an interview for this magazine and gain insights on how to ensure a level of safety while conducting what we called extreme flight operations. In Scotts case, of course, this involved testing what were then radical new aircraft designs while becoming the first person to go Mach 2 (and probably the first to go Mach 3).

The interview went well-I always enjoyed talking with Scott, since you never really knew what he would say next or what story he would tell-but I didnt come away with the kind of smoking gun quote for which I was hoping. Each time I brought the conversation back to the topic, his response was a figurative shrug of the shoulders and a statement along the lines of, We knew what we were doing was dangerous, but we didnt think about the danger too much.

Looking back at the article I wrote (Safety On The Edge, August 2004 Aviation Safety) from that interview, a couple of passages stand out:

In fact, Crossfield is a firm believer that there really is no such thing as flight safety: The safe outcome of a flight really depends on what happens on the ground, well before takeoff. Instead of something inherently dangerous about the aircraft, the operation or aviation itself, properly preparing for a flight means there will be no real surprises.

When asked the obvious question-How did you do that?-he responds that he and the assembled team of engineers used their best judgment resulting from years of experience. Among other questions they asked themselves when planning high-risk flights was one with which we all should be familar: Is this worth the risk? When he didnt think it was, Crossfield maintains he would pipe up and say, Im not comfortable with this. On those occasions, Flight Test Unit Director Walter C. Williams would respond with something like, Okay, you heard the pilot. Scott, Ill give you 24 hours to decide to fly it or decide what youre uncomfortable with. If you say you wont, well get somebody else. He always gave me that latitude and I could generally pick out what it was that was bugging me. Generally, it was initially instinct that made me ask for more time.

That additional time to think through the planned flight granted by the legendary Williams-coupled with a healthy dollop of instinct- gave everyone the luxury of thinking through its troublesome aspects and coming up with ways to minimize or eliminate them. That the planning process worked is evident in the results.

Shortly after the fatal crash, Chuck Yeager suggested Crossfield was an overconfident pilot whose complacency finally did him in. I never got that impression. Skilled, experienced and seasoned, yes. But complacent? A nonchalance born from having seen and extracted himself from more situations than I will ever experience, perhaps. But certainly not complacent in the sense he was an unsafe pilot.

Well never really know why Scott flew into that weather. Maybe he was unable to prepare for the flight. Maybe he hadnt taken the time to think it through. Perhaps the weather was a surprise.

One lesson we can take from this is that no matter how much skill and experience we think we have, others with vastly more have not survived seemingly routine flights. Thats a humbling thought, and one I will take with me on my next trip to the airport.