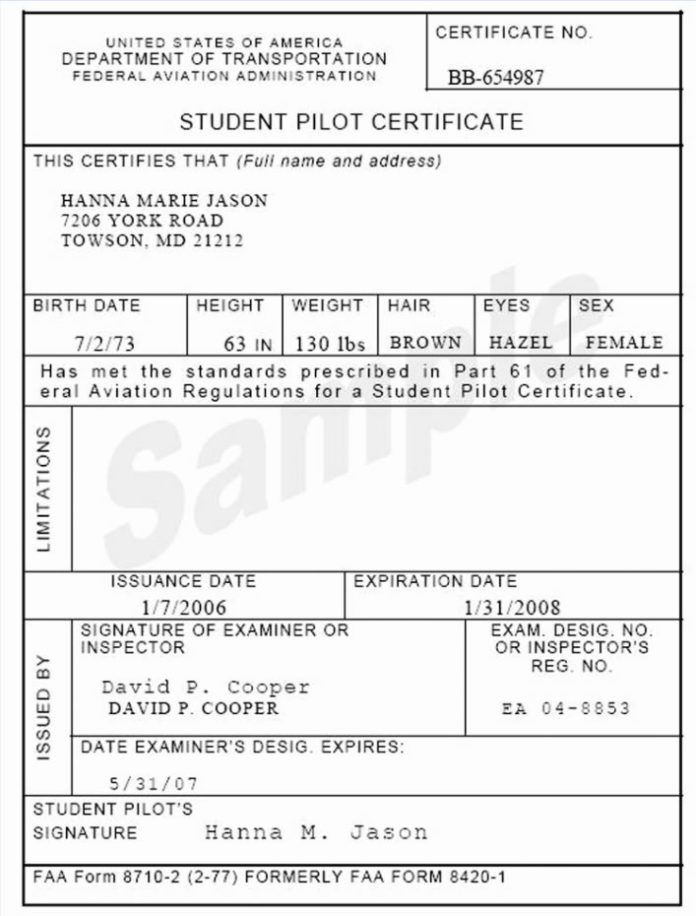 In recent months, we’ve highlighted the general aviation industry’s efforts supporting federal legislation to ease existing FAA requirements to hold a medical certificate for many non-commercial flight operations. Both AOPA and EAA have worked hard on this project for several years, and U.S. Sen. James Inhofe (R-Okla.) earlier this year spearheaded the effort with his Pilot’s Bill of Rights 2 (PBOR2). As this issue of the magazine was being prepared, some additional details were publicized, designed to help ensure the bill’s passage. It’s always risky predicting Congressional action, but that could happen around the time this hits your mailbox. The results probably won’t look like the original PBOR2, however.

As originally written, PBOR2 eliminated the need for a pilot to hold a medical certificate on a private, non-commercial flight under certain conditions. It would have eliminated the requirement if the pilot 1) possesses a valid state driver’s license, 2) complies with applicable medical requirements associated with that license, 3) is transporting five or fewer passengers, and 4) is operating an aircraft of not more than six seats and with a maximum takeoff weight of no more than 6000 pounds. The flight also would have to be in U.S. airspace, at or below 14,000 feet msl and not exceed 250 KIAS.

While this might seem radical at first, the provisions in PBOR2 simply seek to leverage the industry’s success with the sport pilot rule and light sport aircraft, and exempt the vast majority of general aviation pilots from needing to hold a medical certificate. As you may have read, we support the reform effort and PBOR2. But changes are afoot.

In late September, Sen. Inhofe addressed his colleagues in a speech on the Senate floor, outlining changes to the bill. Those changes, he said, are in response to feedback on its original provisions and are designed to help ensure its passage. They would not eliminate the need for a medical certificate in non-commercial operations—neither would the original bill—but they would further the idea that medical certification doesn’t add much to general aviation safety.

According to Sen. Inhofe’s speech, the revised bill would allow any pilot who has held a valid medical certificate within the past 10 years—likely from the date of the bill’s enactment, whenever that is—would not be required to obtain or renew one in the future. New pilots would be required to obtain a one-time Third Class medical certificate, perhaps with a special issuance, to establish a health baseline.

Pilots also would be required to complete a to-be-developed online aeromedical course every two years and see their personal physician at least once every four years (and be treated for any adverse conditions). They would be required to note that visit in their logbook.

The existence or onset of several listed conditions might warrant a one-time special issuance, successful completion of which would be the only medical certification requirement (other than taking the online course every two years and seeing a physician at least every four years). Although it’s not clear from Sen. Inhofe’s speech, it’s likely these provisions would be in addition to PBOR2’s original text, so the six seats/6000 pounds/14,000 feet/250 KIAS limitations would remain. But anyone who’s had a medical within 10 years could fly without renewing it, and new pilots would only need a one-time exam.

As a joint statement from AOPA/EAA said of the original PBOR2, “It was not going to pass or move forward in its original form. Inhofe knows the workings of the Senate extremely well, so he looked for a way to get support to move meaningful reform forward. They went directly after the objections voiced by fellow senators.”

Unfortunately, Sen. Inhofe’s statement and AOPA/EAA support of his announced changes to the bill wasn’t greeted with widespread support among pilots. Online pilot forums, for example, were busy with talk of how AOPA/EAA had sold out their members and no longer had their best interests in mind. Some inevitably wrote they would not renew their membership.

What happens next is anyone’s guess—you never want to see laws or sausages made—but this is a binary decision: The choices are a revised PBOR2 or nothing. If, like me, you support reforming the FAA medical certification process by deregulating when one is necessary to serve as a pilot in command, you should support the revised PBOR2.

Given the realities Sen. Inhofe faced, he had a choice: modify the original bill or walk away. Since something is usually better than nothing—and that’s certainly the case here—Inhofe is making the right decision on behalf of thousands of pilots. As are AOPA/EAA, by the way.

It’s actually quite remarkable we’re even having this conversation. Deregulating the FAA’s medical certificate requirements always was going to be a tough sell, if for no other reason than for the vast majority of federal elected officials, relaxing what is viewed as a safety-related requirement for an activity regularly suffering hundreds of fatal accidents each year doesn’t pass the laugh test. Neither version of PBOR2 is perfect. But it’s as good as we’re going to get any time in the foreseeable future.

In a few years, when we have a record to look back on—just as we now have with the sport pilot certificate and its medical certification requirements—we can attempt to expand medical-certificate deregulation even further. But we have to start somewhere, and this is our best opportunity.