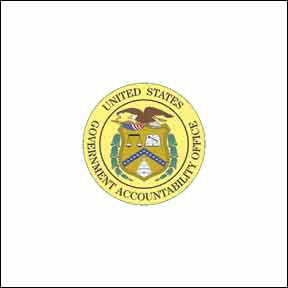 The U.S. Government Accounting Office (GAO) last month published a report recommending the FAA set specific goals for improving general aviation safety and employ a data-driven approach to minimize risks. Those are the same kinds of things we’ve been advocating pilots do to enhance their own safety for as long as I can remember and is something we certainly support.But how to go about it? Part of the problem, according to the GAO, anyway, is a lack of reliable data on pilot and aircraft activity against which to compare accidents and incidents, and compute their occurrence rate.

Recognizing this, the GAO also recommends “requiring the collection of the number of hours that general aviation aircraft fly over a period of time” and that the FAA “collect and maintain data on each certificated pilot’s recurrent training, and update the data at regular intervals.” The report, entitled General Aviation Safety: Additional FAA Efforts Could Help Identify and Mitigate Safety Risks, is available online as a PDF file at http://tinyurl.com/avsafe-gao.

There’s absolutely no question general aviation safety could stand major improvement. Equally, to properly measure any safety improvements, there has to be good data in the form of accident/incident statistics and activity levels. But there’s nothing fundamentally wrong with the data collected by the FAA or the NTSB that compiling information on pilot/aircraft activity will resolve.

There are plenty of resources from which the FAA can and does draw activity data: airframe and new/rebuilt engine purchases, fuel sales, air traffic control statistics, flight-plan filings, student pilot certificates, medical certificates and practical test applications. The agency also compiles activity data from enforcement actions and from accident investigations. The FAA has been at this for some time, and knows how to do it.

But put all that aside for a moment. Presume the FAA agreed with the GAO and required pilots and aircraft owners to regularly submit activity data. In this time of increased privacy invasions by government on all levels and public dissatisfaction, does anyone seriously think the data received would be more accurate than what the FAA already collects? Does anyone believe pilots fearful of the FAA learning they haven’t had any recurrent training would accurately complete their form?

Yes, there’s a slippery slope argument here—collecting this kind of data could lead to more enforcement actions and data collection—but the naïveté in these recommendations for additional data collection call into question other information in GAO’s report. And that’s a shame, because there’s some good stuff in here: setting specific safety improvement goals for different industry segments and employing a five-year strategy are among them. But asking for more data from pilots and operators doesn’t pass the laugh test.