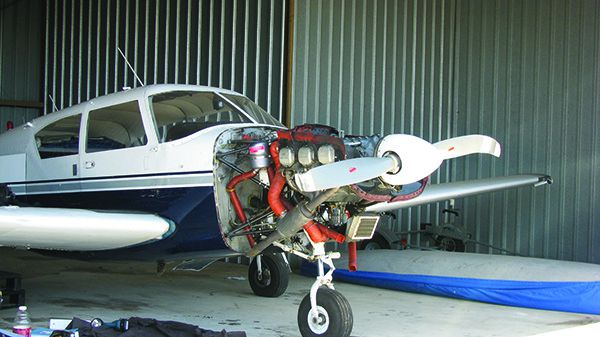 There’s a truism that applies to owning machines like boats and airplanes: The two best days of your life are the day you buy it and the day you sell it. In between, so the story goes, your ownership will be a maelstrom of inspections, repairs and downtime, punctuated by frustrations and anxieties, along with a blizzard of paperwork and large quantities of cash. Yes, the aircraft ownership “experience” is all that. Welcome to aviation.

It’s not all bad, of course, or few would dare to acquire and operate a personal airplane. For examples of the good stuff, there’s always the silly grin on your face when someone asks how long it took you to drive to a distant town for your business meeting or family event, or wants to know if it’s really worth all that driving for a weekend at the beach. There’s the satisfaction of knowing you can beat the airlines to many destinations, and get back the same day, to sleep in your own bed. There’s the security of knowing everyone on the plane, and not having to worry about missing your flight. And you always have something to talk about at cocktail parties.

But there’s also some awesome responsibility. As the owner/operator, you’re responsible for “maintaining that aircraft in an airworthy condition,” per FAR 91.403, which includes not only its mechanical condition but whether the appropriate paperwork, including maintenance logs, are complete and accurate. Without a personal staff to take care of these details, that responsibility can be burdensome. I consider myself a knowledgeable and involved owner, and even I get stymied sometimes.

Recently, I’ve been able to identify another challenge to personal aircraft ownership: loss of technical expertise. It’s more and more difficult to get some maintenance tasks performed. When I need something repaired or even just want some basic troubleshooting done, it can require an epic journey through type club web sites and online forums, several phone calls, some avgas and scheduling weeks in advance to get something done that used to be very simple. And there’s also the problem that the work often needs to be done again, correctly, by someone else before I’m satisfied.

Admittedly, I have an older “legacy” airplane with round dials. I haven’t yanked everything out and gone with a glass panel yet, so there’s a certain expectation that my airplane might require more TLC than a newer one. But I don’t think that’s the case. Mechanically, it’s been reliable, and its systems are well-understood.

And I think some newer airplanes require roughly the same amount of attention, at least when measured in time. The difference is the type of tasks needed for the older airplane are more analog in nature, and perhaps require a more experienced technician. The newer airplane, meanwhile, doesn’t have that many user-serviceable parts—instead of fixing the failed component, unplug it and plug in a new one. It’s binary mechanics, and actually repairing the failed component and returning it to service is someone else’s job.

Of course, a lot of what can go wrong with a newer airplane involves electronic components and not a mechanical device like a precessing directional gyro last manufactured 20 years ago or a sluggish tachometer that has to be sent out to a repair station. The electronics simply aren’t designed to be opened up in the field, if at all, and the local FBO doesn’t have the expertise to do much more than box it up for UPS. 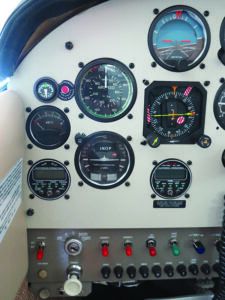 One answer to what seems to me to be the growing problem of lost expertise with personal aircraft is to get rid of as many mechanical components as possible in favor of their solid-state, digital replacements. Maintenance shops and FBOs are happy to spend their time on my nickel removing old gear and installing new stuff. It’s relatively easy, they’ve done it before and it’s what they’re set up to do most efficiently. That way, at least I can fly in, swap the component and be on my merry way after lunch. Sopping up a couple hours of a tech’s time as she traces wires with a multimeter in the airplane’s tail isn’t what the shop wants her to be doing. It’s easier and quicker to replace than repair.

And we haven’t even gotten around to discussing how, as a result of the Covid-19 pandemic, the global supply chain isn’t meeting demand for many products. Remove and replace the troublesome component with…what?

Yes, some of this falls into old-man-yells-at-clouds territory. And stories of lengthy downtimes while waiting for parts or specialized work have been a dime a dozen at the local FBO’s pilot lounge for decades. That’s not new.

But technicians skilled with an oscilloscope and a soldering iron, or even a cable tensiometer, are getting harder to find without going far afield to a specialized shop. The maintenance segment of personal aviation is shrinking. And that’s a bad thing.