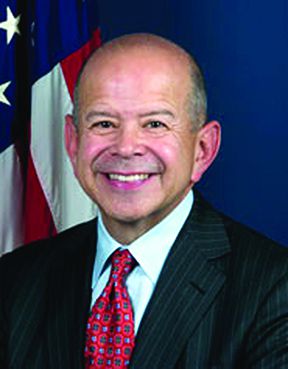 By the time you read this, it’s highly likely this magazine’s Favorite Aviation Agency will have a new administrator. Michael P. Huerta has been serving as the FAA’s Acting Administrator and awaiting U.S. Senate confirmation for several months. In fact, the FAA has been without a full-fledged administrator for more than a year.

Huerta became acting administrator after a drunk-driving charge against then-Administrator Randy Babbitt was made public. Babbitt resigned on December 6, 2011, and Huerta has been serving in the FAA’s top slot since then. (Babbitt’s arrest was thrown out of a Fairfax County (Virginia) court in May 2012; he subsequently was named Southwest Airlines’ Vice President of Labor Relations.)

In the wake of November’s election, the path to Huerta’s confirmation was cleared when Sen. Jim DeMint (R-S.C.) lifted his hold on bringing the nomination to a vote. DeMint objected to confirming Huerta to a full five-year term at the FAA so shortly before the election. With that hurdle cleared, his year-plus in the “acting” role means he would be the longest-serving agency leader in the FAA’s history if he is confirmed as administrator and serves a full term in the position.

Huerta came to the FAA in 2010, as deputy administrator, after senior positions at Affiliated Computer Services from 2002-2009. Earlier, as Managing Director of the 2002 Olympic Winter Games, in Salt Lake City, Utah, he focused on planning and construction of that event’s transportation facilities. He has served as commissioner of New York City’s Department of Ports, International Trade and Commerce, and as Executive Director of the Port of San Francisco. He also held senior positions in the U.S. Transportation Department during the 1990s. He holds degrees from the University of California-Riverside and Princeton University.

I had the good fortune to interview Huerta at last year’s EAA AirVenture Oshkosh while he was serving as Acting Administrator. Among other topics, we talked about the FAA’s NextGen ATC system, on which he is clearly enthusiastic and knowledgeable. I found him to be a genuinely unassuming and likeable guy. He seemed to thoroughly enjoy the challenge of leading the FAA and its employees.

Presuming Huerta is confirmed and serves a full five-year term, he’ll have a major impact on how NextGen is implemented, leading up to the January 1, 2020, deadline for ADS-B equipment to be carried where a Mode C transponder is required today. Time will tell how all that goes, but we could do a lot worse.