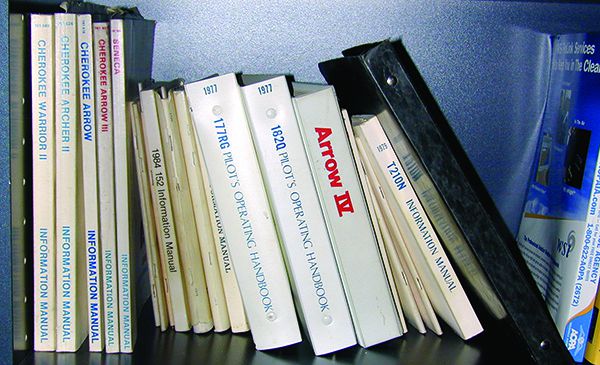 Since the airplane I fly most of the time is the Beech Debonair I own, rather than a series of rentals or club airplanes, it’s easy to forget some of the quirks others may or may not have in comparison. There are evident differences among various personal airplanes: high- and low-wing configurations, glass and round-dial instrument panels, plus different engines, props and problem areas. Someone hopping among these different variations is wise to spend some time becoming familiar with the ways the airplanes are designed and how they work.

The process has a name—transition training—and if you fly for money, it’s probably a regular thing. If you’re strictly a Part 91 operator like me, “formal” transition training differs wildly throughout the industry, with high-end rental operations wanting to burn up sim time before you get close to the real thing and a small club or partnership almost tossing you the keys when you walk in. Regardless of which operation you fly with and what they want, a conscientious pilot will have studying to do when transitioning to a new type. One of the best places to start is the airplane’s POH or AFM.

So it was a few months ago when I took a greater interest in a Cirrus SR20 a friend was flying, and wanted to become more familiar with it. I downloaded the appropriate PDF file from Cirrus Aircraft’s web site and dove into the SR20’s systems, checklists, placards and limitations. A glance at weight and balance told me a lot, too. Lastly, I strolled through the performance charts with max-range and max-payload scenarios in mind.

Almost by force of nature, I compared the SR20 material with my Debonair. You should not be surprised to learn there are a lot of differences between the two airplanes. Avionics, for one example, since the SR20 sported a Garmin G1000; an airframe parachute for another. Standard fuel capacity endurance was roughly the same, and any gross performance issues were commensurate with the power differences. But I actually came away with the impression there’s little difference between the two types.

Operationally, there are five major differences. The biggest difference also is the most obvious: The Debonair has retractable landing gear. Although the workload demand this places on the pilot is minimal, the outcome of failing to properly operate the gear isn’t. Too, using the landing gear as a speed brake can come in handy, which the SR20 quite frankly doesn’t need.

Second, both airplanes have fuel tanks mounted in each low wing, with the major difference being capacity. Both also feature left/right/off fuel selector positions. Third, both also have an electric boost pump for ensuring fuel gets to the engine, and priming the engine to start. The SR20’s normal procedures call for using it during takeoff and climb while using the Debonair’s pump is only recommended during abnormal situations. Fourth is nosewheel steering. The Debonair has it, the SR20 doesn’t, requiring its pilot to rely on differential braking to steer on the ground. Fifth, the SR20 lacks a separate prop control, preferring a single-lever approach.

That’s pretty much it. Both airplanes, by certification rules, have published stall speeds at or below 61 knots, and they both have wing flaps. They have similar approach and landing speeds, similar wing loading and similar limiting airspeeds, like maneuvering speed, VA.

The point is that aside from landing gear, and the airframe parachute, the two airplanes’ systems are similar and their performance is comparable, allowing for weight and power differences. In other words, if you can fly one, you can fly the other.

More specifically, two airplanes designed for roughly the same mission, even decades apart and using different materials for their construction, have more similarities in their capabilities and characteristics than they do differences.

For a long time, I’ve mentored aspiring pilots that whichever airplane I’m flying knows how to do it better than I do; my job is just to point it in the right direction at the right altitude, and make the occasional takeoff or landing. That’s something it took me a while to learn. Maybe this can help with your next transition.