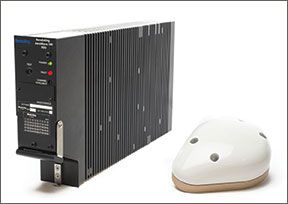 When comparing new personal aircraft to old ones, there are two major developments that stand out to me: Using composite materials to construct airframes and the proliferation of advanced, GPS-driven avionics in their panels. Eventually, these developments will be joined by modern powerplants to truly revolutionize how and what we fly, but the technology and economics for advanced engines aren’t quite there yet. In the meantime, using composites and installing advanced avionics result in aircraft lighter and more efficient than ever, plus they’re easier and safer to fly, thanks to the automation.

Meanwhile, one of the facts of life in general aviation always has been how cut off from the rest of the world we are when airborne. For me, that’s a feature, not a bug. But for others—especially those who are sitting in the back and paying the bills—it can be a major inconvenience. Thanks in part to airline-passenger demand, the complexity and expense of remaining connected while hurtling through the air is beginning to be accessible aboard even lowly piston singles.

Many operators of heavier iron already have airborne Internet, usually via satellite, at least in a limited fashion. Meanwhile, Sporty’s is offering the Iridium GO! Satellite Hotspot, which provides basic email and SMS services, plus telephone calls, at a price similar to a new iPad and with monthly subscription rates as low as $100. And BendixKing recently announced the AeroWave 100, targeting the turbopropmarket. It’s just a matter of time before typical piston singles and twins are connected when airborne.

Even without airborne Internet access, networking is coming to general aviation. The best example is ADS-B, in which data about your flight or the others around you is broadcast for all to receive. (That’s the “B” in ADS-B.) Presuming an aircraft is equipped to both send and receive ADS-B data (a.k.a, the ADS-B IN and OUT standards), it essentially becomes a network node. Meanwhile, Garmin, Aspen Avionics and FreeFlight Systems, to name three, each offer products with either WiFi and/or Bluetooth capability, allowing prepared flight plans to be uploaded into panel-mounted avionics. Data from those certified boxes, e.g., Nexrad weather radar obtained via ADS-B IN, can be distributed to external devices like an iPad. This capability can eliminate the need for a compatible and certified panel-mounted ADS-B display—any old iPad will do.

As ADS-B, airborne Internet and “local” networking of non-certified devices become the norm, prices will drop and capabilities will increase. Eliminating voice communications with ATC for routine messages including clearances, something already being done aboard the heavy iron, will trickle down. The electronic revolution’s promise finally will be realized in our cockpits. — Jeb Burnside