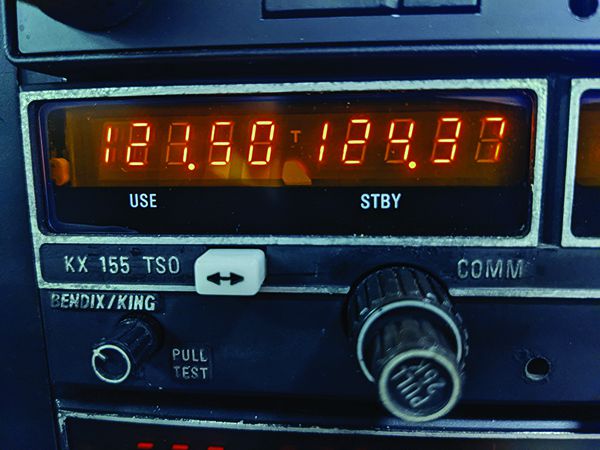 Buried down deep in the dense recesses of the FAA’s FDC Notams is one mandating that “aviators shall review” the FAA’s Aeronautical Information Manual and the interception procedures found in Paragraph 5-6-2. The Notam, FDC 4/4386, dated May 19, 2004, goes on to state, “all aircraft operating in United States national airspace, if capable, shall maintain a listening watch on VHF Guard 121.5 or UHF 243.0.” The Notam’s text adds that noncompliance with an interception “may result in the use of force.”

The Notam is a relic of the time following the September 11, 2001, terrorist attacks and came about, at least in part, thanks to the institutionalization of aviation security measures put into place at various locations around the U.S. The powers that be got tired and frustrated at having to launch intercept every nummie who flew into a security-related temporary flight restriction.

The thing is…it’s a permanent Notam and remains in effect after more than 17 years. Because it’s buried in the FDC (Flight Data Center) Notams portion of your preflight briefing, it’s easy to gloss over. As such, it’s also probably the most-ignored applicable Notam. Which isn’t good, because Notams are regulatory and we’re required to know and adhere to them. It’s also not good because we’re all human and make mistakes. Those mistakes can include being somewhere we’re not supposed to be.

I recently flew an 1800-mile round trip to distant destinations and had a lot of time on my hands, watching Otto keep me on the straight and level. When not arriving and departing a terminal area, I allocated my unused radio to the Guard frequency, 121.5 MHz. I’m happy to report I didn’t get intercepted and have to talk to an F-16 or a Sikorsky. But I was intrigued by what I heard.

The vast majority of messaging on the frequency involved ATC calls to airliners who had missed a frequency change. Occasionally, one airliner would try to reach another one to pass on a new frequency, even if it wasn’t the same company, presumably at ATC’s request. Anyone who’s flown much in the ATC system has missed a frequency change or flown out of reception range before ATC attempted to hand you off. But I was astonished at the number of times this occurred, especially among professional crews.

Of course, the inevitable also occurred: I heard an ELT. It wasn’t during the times that older ELTs are supposed to be tested and was growing louder as I flew along, so I reported it to ATC. I was informed an aircraft, presumably the Civil Air Patrol, was out looking for it. Checking the usual sources later didn’t reveal a reportable accident, so who knows?

Anyway, this is your reminder that monitoring Guard is both worthwhile and required. I hope you never have to use it.