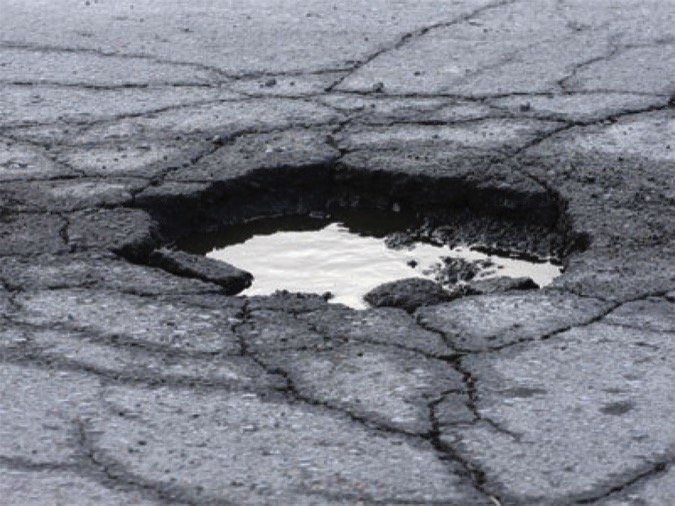 It was supposed to be a quick, no-drama hop back to my home airport. The runway I was planning to depart was familiar, and recently had been repaved and striped. It had been in service for about six months since the paving work and looked fine. Everything checked out during the preflight and run-up, so I made a CTAF announcement, centered the nosewheel and added full power.

“Airspeed’s alive,” I called out to myself as I watched the needle pivot past 40 knots and swung my attention back to maintaining the centerline. The airplane was starting to get light on its wheels when I heard and felt a “wham!” from the left main landing gear. What the heck was that?

Before I could figure out how and whether to respond, I had enough speed to lift off. Except for the “wham!” the airplane was fine; it was tracking straight down the runway with no vibration or drag from the left side. The trees off the departure end were starting to get big, so I continued the takeoff, retracted the gear and motored home.

The landing was normal, and I took a close look at the left landing gear after shutting down but couldn’t find anything amiss. The tire and wheel looked good, and there was no hydraulic fluid seeping from the strut. The brake was secure and had tested fine on the landing, and when taxiing in. There was no damage to the wing, the landing gear door or any other part of the airplane. Not finding anything wrong with the airplane I forgot about it, wondering if I had imagined it. Ultimately, I figured I’d hit a dog with the landing gear and, sadly, someone had lost their pet.

Fast forward a few weeks later. I was back visiting that same airport again when I overheard one of the coffeepot denizens complaining about having to repair the new runway. It seems a pothole had appeared one day a few weeks earlier and had shut down flight operations for a day or so until it could be repaired. It was about 300 feet from the threshold of the runway I’d departed, maybe six or eight feet to the left of the centerline. About where my left main wheel would have been on takeoff.

I didn’t say anything, but asked how it came to be. No one really knew, but they speculated the paving company had allowed a void or soft spot, which caved in a few inches under the right conditions.

On a longer runway, or if the airplane exhibited damage, I would have done my darnedest to get stopped. I was lucky, but who’d expect a pothole on a new runway?