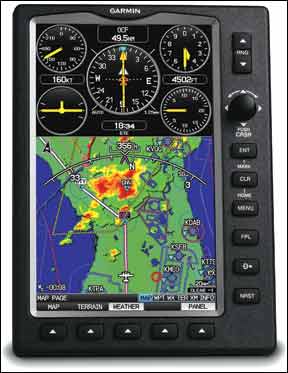 Once again, several bits of news and information have crossed my desk in recent days, all of which are worthy of discussion.

Aviation media outlets and those covering many other industries have been exploring what appears to be a significant threat to the viability and utility of the Global Positioning System (GPS) in the U.S. This comes courtesy of LightSquared, a Reston, Va.-based company building what it says is a state-of-the-art open wireless broadband network.

Originally, LightSquared was to use satellites instead of ground stations to provide the necessary coverage, and it received Federal Communications Commission (FCC) authorization in 2004. After the company requested it in late 2010, the FCC earlier this year and with little opportunity for public notice waived its rules, granting LightSquared preliminary approvals to construct a ground-based network of some 40,000 stations throughout the U.S. using that same L-band technology. And thats

when things started getting interesting.

The threat arises because the LightSquared L-band technology uses radio frequency spectrum just below that allocated to GPS and is of sufficiently high power to interfere with the navigation systems signals. The GPS signal is relatively low in power (typically −150 to −130 dBm at ground level) and vulnerable to interference. Meanwhile, LightSquareds signal is much stronger, typically 70 dBm.

Almost immediately, objections to LightSquareds plans and the FCCs waiver poured in from the U.S. Department of Defense, the National Telecommunications and Information Administration, a federal government agency, the U.S. GPS Industry Council and others. The Coalition to Save Our GPS was formed to seek remedies from the FCC. In late June, it counted more than 100,000 companies among its direct and indirect members. The Coalition includes name-brand aviation organizations like AOPA, EAA, GAMA and NBAA, as well as Garmin, Magellan, FedEx and even farm equipment manufacturer John Deere. Congress also has gotten into the act, with strongly worded letters being sent to the FCC.

The size of scope of the Coalitions members highlight how ubiquitous GPS has become. Today, the navigation systems signals are used to synchronize cellular telephone base station timing, in surveying and tracking systems, to improve emergency services and, of course, for both ground-based and airborne navigation. The general public, government and industry have invested massively in GPS, as has the U.S. military, which it created and took operational in only 1994. Weve all come a long way since then.

What will happen next in this soap opera is anyones guess. Recent testing mandated by the FCC demonstrated the GPS interference problems LightSquareds technology can create. A 1000-plus-page report resulted. Meanwhile, LightSquared appears to be blaming the GPS industry for the interference. At this writing, the FCC appears to be still studying the problem.

While its inconceivable to me that the FCC will allow-or be allowed to approve-LightSquareds plans, stranger things have happened.

If LightSquared is implements its ground-based network, the private sectors to-date investment in GPS receivers likely will be rendered useless until expensive upgrades

or outright replacement occurs. Many public GPS users-including the military-likely would replace their systems at taxpayer expense. Clearly, a lot of money is riding on this, including yours and mine.

If I were to guess the outcome, Id bet LightSquared will not be allowed to implement its GPS-interfering plans but will receive a free or bargain-priced spectrum allocation from the FCC. Id further bet that was LightSquareds objective all along. Well see.

What About Flight Service?

A small but broad series of problems with Flight Service briefings also crossed my desk recently. Generally, pilots quickly seeking one or two bits of information are being told they must endure a full briefing, and/or are treated in what Ill call an unprofessional manner. So far, these problems are confined to one area, but the distributed nature of Lockheed-Martins Flight Service network means they could be coming from throughout the system.

If any readers encounter similar problems, wed like to hear about it. Use the contact information found on page 2 (e-mail is preferred) to share with us your experiences. If we can identify a systemic problem, well try to do something about it.

Finally, this issue will be in your mailbox right about the time the 2011 edition of EAAs annual AirVenture Oshkosh extravaganza kicks off. If youre planning to fly in to Oshkosh, Wis., for the show, please, please, please obtain a copy of the rather lengthy and detailed Notam before you launch. Then read and understand it.

Each year, new stories crop up about en route pilots querying ATC for arrival details, or aircraft obliviously blowing through the well-defined procedures. Not only is such behavior unsafe, its unprofessional. Anyone can download a copy of the Notam from the AirVenture.org Web site for free.