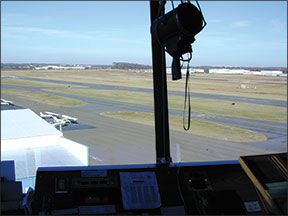 It’s been at least five minutes since the last manufactured budget crisis in Washington, D.C., so it must be time for another one. The previous cliffs, shutdowns, grand bargains and other adolescent actions over the last 15-20 years have mostly avoided aviation operations in the U.S. Thanks to the latest federal foot-stamping, that could change, however, impacting how you and I aviate.

The latest crisis, of course, is known as sequestration, a process first defined by federal budget law in 1985, under which non-defense federal spending is reduced “on a uniform percentage basis.” In other words, indiscriminate budget cuts are applied to all federal programs, including the FAA and its air traffic control system.

Already, the FAA has published a list of federal and contract control towers it either would close or part-time if the cuts were placed into effect. It’s reasonable we also can expect staff reductions at FSDOs and throughout the FAA, including, for example, in Oklahoma City, where pilot and medical certifications are processed.

Unless some adults prevail, it’s likely routine FSDO activities involving general aviation—checkrides and airworthiness approvals, for example—will continue, albeit slowly, even as the non-routine bogs down. If you have a checkride with an examiner or some kind of sticky medical issue you want the agency’s bureaucracy to consider, now’s a good time to get started.

Meanwhile, ATC closures and brownouts pose a different threat, but not necessarily to safety. Closing or part-timing towers, Tracons or en route centers is likely to have an impact on efficiency, however.

Except perhaps in the odd carrier’s ops manual, there’s no requirement scheduled carriers must use towered airports. And general aviation operations at many airports can get along quite nicely—depending on the facility, better—if the tower isn’t in operation. Major fly-ins like Sun ’n Fun or EAA AirVenture Oshkosh aren’t likely to lose their formal ATC support, either.

All that said, one likely scenario would be limiting access to certain en route airspace or major hubs, ensuring there aren’t too many airplanes for the number of controllers Uncle Sugar wants to pay on any given day.

Hopefully, Washington’s latest tantrum will be resolved by the time you read this. If not, there will be constant reminders to check Notams. Here’s your first: Beginning on or around April Fool’s Day, look for a flurry of complete or partial ATC tower closures. Look also for ground holds if you’re planning to fly into, over or through major hubs—presuming the FAA’s Notam system isn’t part-timed, too.

Is this a great country, or what? — Jeb Burnside