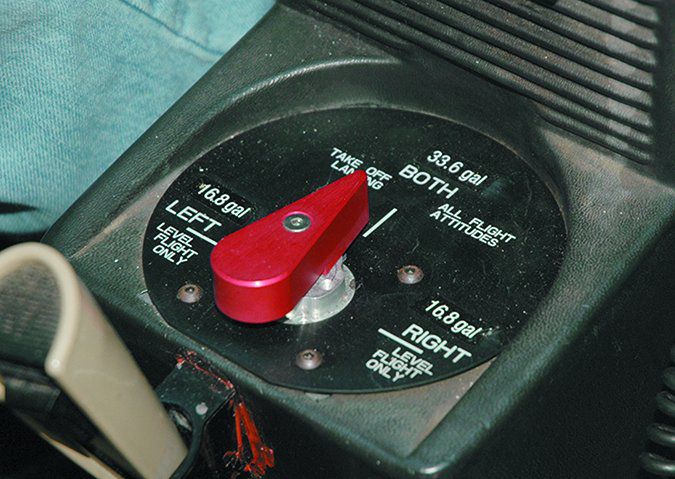 From the beginning of our flight training, we spend many hours learning about and practicing landings. We often pay little attention to the beginning of a flight, though. Sure, we might pull out the handbook and compute what it tells us about takeoff performance—ground roll, distance required to clear obstacles—but we simple don’t put into takeoffs the kind of study and attention given to landings. I’ve always found that rather odd.

For one thing, a takeoff appears to involve more uncertainties than a landing. Will the engine develop full power? Are the flight controls working correctly? Are conditions suitable to getting airborne? Will we clear that tree at the end of the runway? In fact, it seems to me that the type and number of challenges with which a pilot can be presented are greatest while taking off. The memory of two takeoffs that didn’t work out as they should highlights for me what can go wrong when initiating flight. One of them was successful; one wasn’t. I learned some things from both, and both confirmed my suspicions that we don’t give takeoffs their due.

The first takeoff involved an airplane with a worn fuel selector. Pre-takeoff ground operations indicated it wasn’t seating properly and allowing full fuel flow to reach the engine, even though the selector’s handle was in the proper position. To make it operate consistently and correctly, some greater-than-normal force and some “English” needed to be applied. After fiddling with it and getting a good run-up, I pronounced it good to go. It wasn’t.

The runway I was departing was relatively short, but more than adequate for the airplane I was flying. Right after lifting off, I lowered the nose to build speed and leveled off about 20 feet over the runway. A few seconds later, well above liftoff speed, the engine quit. I immediately retarded the throttle and prepared to set down the airplane. There was runway in front me, but not enough, I decided, to stop by the end. Beyond it was more pavement, a ditch, some structures and some trees. I’d be very slow by the time I got to them, but get to them I would, given the airplane’s present energy state and position.

Instead, I moved the throttle back to its full-power position and grabbed the fuel selector handle, moving it to the full-on position from which it apparently vibrated away. I was immediately greeted with restoration of full power and I continued the takeoff. The rest of the flight was uneventful.

The other takeoff was in a different airplane, at a different airport and on a much longer runway. A pilot-rated friend was in the right seat and had closed the cabin door. I usually visually inspect the door handle to ensure it’s in the correct position and push out on the top of the door after it’s closed—whether I close the door or the passenger does the honors—to verify all its latches are engaged. For some reason—probably misplaced confidence in the right-seater’s familiarity with the door—I didn’t perform those checks this time.

As I began the takeoff roll, I sensed different sounds than I’m accustomed to. I continued the takeoff even as I devoted a few CPU cycles to identifying the sensation. About the time I lifted off, I realized what the noise was—an improperly latched cabin door. My hypothesis was confirmed when the door popped open at about 30 feet agl.

Open cabin doors create a lot of noise, wind and confusion. You may lose lightweight items like charts and checklists out the open door, and the noise can make it next to impossible to communicate with the person sitting right next to you, even with headsets and intercoms. But an open door is not an emergency, and they rarely affect the airplane’s handling or flight characteristics. The only real trick is most cannot be closed again until the airplane is on the ground and stopped.

At this point on this takeoff, I had some 6000 feet of wide, smooth, paved runway in front of me. The landing gear was still down—I never raise the gear until I determine a landing on the runway I just departed can’t be made. All I had to do to close the door was pull off the power and land. Which is what I did, easily making the same taxiway turnoff I used when I’d arrived a few minutes earlier.

Once stopped and with the post-landing checklist complete, I reached over and secured the door. My passenger was apologetic, but it was my fault: I hadn’t verified the door was closed, as I usually do. We taxied back to the end of the runway, took off and had an uneventful flight home.

Why am I telling you these two war stories? The first reason is to reiterate that we often don’t pay enough attention to takeoffs. We need to know how long the runway is, how much we expect to use, whether and when we can safely abort and what to do if we can’t. The second reason? A few weeks before the open-door takeoff, another pilot-rated friend and I were enjoying lunch at a different airport, watching the operations. The runway in use at that facility had a displaced threshold of maybe 500 feet, with a total usable length of maybe 3500 feet. We both remarked how departing flights did not back-taxi onto the displaced threshold to begin their takeoff roll, leaving all that runway behind them. Extra runway would have come in very handy for the first takeoff I described. Thankfully, it wasn’t necessary for the second one.

If you’ve ever asked yourself if there’s a good reason to use displaced thresholds for takeoff or refuse intersection departures, you now have two of them. Everyone needs some extra runway now and then.