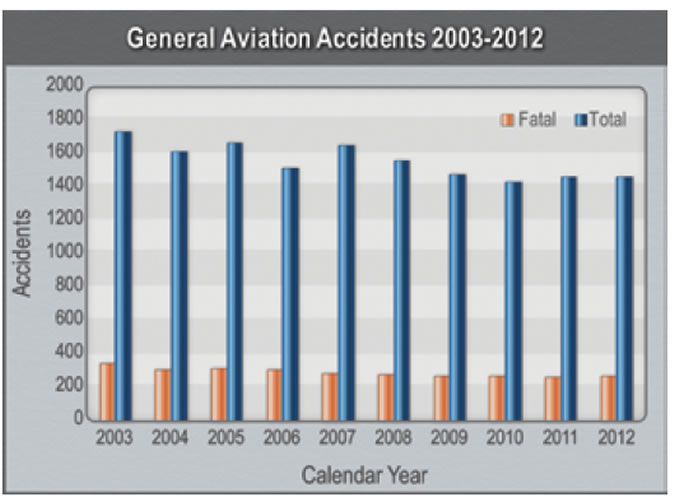 In mid-September, the NTSB released its preliminary aviation accident statistics for 2013, which contained two pieces of good news. First, the preliminary numbers show an overall decline in the number of U.S.-registered civil aviation accidents, which dropped sharply, from 1539 in 2012 to 1297 in 2013.

In fact, the only dark spot on 2013s preliminary numbers involved the August 14, 2013, crash of UPS Airlines flight 1354, an Airbus A300-600, on approach to Birmingham, Ala., resulting in the deaths of the two flight crewmembers. (The NTSB wants you to know the crash of Asiana Airlines Flight 214 on approach to San Francisco is not reported in the NTSB statistics because it involved a foreign carrier.)

A quick glance at the NTSBs chart, below, covering 2003-2012, shows relatively flat trends over the past few years, so the early 2013 numbers, if they hold, are good news. I fear when 2014 is over with, however, well be right back where we started.