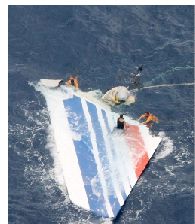 As expected, France’s counterpart to the U.S. National Transportation Safety Board, the Bureau d’Enquêtes et d’Analyses pour la sécurité de l’aviation civile (BEA), on July 5 released its long-awaited final report into the loss of Air France Flight 447, an Airbus A330 that disappeared over the equitorial Atlantic Ocean on June 1, 2009. Also as expected, the BEA found a complicated series of events led to the crash, almost all of them associated with crew training and expectations.

The full, English-version report is over 200 pages, not counting the various appendices, so you won’t find a detailed discussion of it on this single page. Look for a feature article on the accident, however, in the near future.

Generally, the BEA found Flight 447’s crew failed to recognize the relatively simple failure of the pitot system, which most likely occurred due to ice, and made “[i]nappropriate control inputs that destabilized the flight path.” Ultimately, the crew stalled the airplane at high altitude, failed to identify its exit from the flight envelope, failed to diagnose the stall situation and failed to make control inputs “that would have made it possible to recover.” That’s a lot of fail.

Many of the BEA’s recommendations to prevent a similar occurrence involve initial and recurrent airline crew training, including better simulators and more realistic exercises. Additionally, several recommendations focus on information the crew should have been able to discern from the flight instruments but didn’t. This includes annunciation of flight director disengagement and re-engagement. And, since the A330’s stall warning system does not annunciate when airspeeds are below 60 knots—as they unbelievably were during much of the jet’s final descent—the BEA recommended that EASA, the certifying authority, “require a review of the conditions for the functioning of the stall warning in flight when speed measurements are very low.” These and many other recommendations likely will be considered not just by EASA, Airbus and Air France but by regulating authorities throughout the world and here in the U.S. In fact, there is so much going on in this final report it will be some time before operators and pilots will fully assimilate it all.

Meanwhile, I’ll simply say this: If AFR447’s crew had literally done nothing but maintain the airplane’s pitch attitude and power settings until airspeed indications returned, I’d be writing about something else this month.