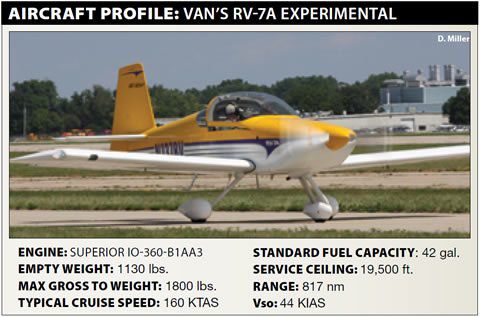 Just as there are different airplanes optimized for different purposes, pilots fly for different reasons. For some, it’s just a job, akin to driving a bus. For others, it’s a means of personal and business transportation. Still more fly for recreation, like sightseeing or aerobatics. Droning along in the stormy clag and hand-flying an ILS to minimums is the epitome of flying skill for some pilots. Others perhaps couldn’t fly an ILS if they had to but can fly, say, a loop or an Immelman to perfection, or safely get in and out of a back-country runway. Different strokes for different folks. Fortunate pilots may combine all of these activities, and others, into their flying career.

Meanwhile, many of these flight operations can require related training. A “best-practices” approach to them requires at least basic instruction in those operations, often with specialized or advanced training to follow. It’s the same with flying IFR, lake-hopping Alaska for the salmon runs or flying aerobatics. Perhaps especially aerobatics.

That’s because aerobatics, when poorly performed, have greater potential for a bad day than, say, landing a Super Cub on a sandbar. Both can mean serious injury, but only one almost always is fatal.

When properly flown in an appropriate airplane, performing aerobatics poses relatively little additional risk. But when maneuvers are attempted with which the pilot has little or no training, things can get out of hand quickly.

As we’ll see, one of the most important aspects of aerobatic maneuvering is respecting the airplane’s limitations. It’s also important to respect our own limitations.

On September 20, 2013, at about 1651 Eastern time, an experimental amateur-built Van’s RV-7A was destroyed after an in-flight airframe failure, rapid loss of altitude and impact with terrain near Hamilton, N.J. The solo private pilot was fatally injured. Visual conditions prevailed.

According to FAA radar data, the airplane departed a nearby airport at about 1640. It turned to an approximate magnetic heading of 120 degrees and climbed to 6500 feet msl. The airplane then turned right to a southeasterly heading and rapidly lost altitude while reversing direction, before descending through 300 feet msl and below the floor of radar coverage. Moments later, witnesses observed the airplane traveling in a northwesterly direction at low altitude, almost completely upside down at one point. Pieces of the airplane were observed to fall to the ground and the airplane then impacted wooded terrain. A post-crash fire ensued.

The third area contained the main wreckage—the fuselage, engine and wings—which had remained assembled until striking the top of a tree, falling to the forest floor and coming to rest inverted. Examination of the debris fields and main wreckage revealed no evidence of an in-flight fire, explosion or bird strike. All major components were recovered.

Control continuity was established from the cockpit to breaks displaying evidence of tensile overload, and from them to the flight control surfaces. Both magneto switches were in the on position, the alternator/battery master switch was on, the throttle was full forward, the propeller control was in the fine pitch/high rpm position, the mixture was full rich, and the wing flaps were in the retracted position.

A radar performance study revealed the airplane entered a steeply descending, accelerating left turn where portions of the empennage separated from the airplane. The airplane continued on a descending, turning flight path until it crashed about 20 seconds later.

An airplane performance history indicated the airplane had been flying in a generally southerly direction at about 6500 feet msl and 130 knots KCAS when it entered a nearly inverted attitude, lost about 3500 feet in altitude, accelerated to about 220 KCAS, and reversed direction within 10 seconds. According to the NTSB, “the most efficient way to achieve the maneuver was to roll nearly inverted and pull 2.5 Gs.” A friend of the pilot stated the accident pilot had been up in a Pitts Special a couple of times with someone who had shown him basic aerobatics. The friend also stated he had seen the accident pilot recover after falling out of a maneuver at low altitude before, and that it was not uncommon for the pilot to sometimes fall out of a maneuver (loop and/or roll).

The NTSB determined the probable cause(s) of this accident as follows: “The pilot’s improper aerobatic maneuver that resulted in a loss of control, exceedance of the airplane’s design limitations, and a subsequent in-flight breakup of the airplane.”

Yanking and banking—pulling some g—is a time-honored part of flying personal airplanes. Racking into steep turns, doing chandelles and Lazy 8s, practicing spin recoveries and other performance maneuvers help keep us sharp. From them, we also can learn how the airplane will perform when we need everything it has, and how we’ll perform under g-loading. We always need to respect the airplane’s limitations, as well as our own.

The accident pilot apparently attempted some kind of diving course reversal, possibly a split-S, for which there’s no record of him having been trained and from which he didn’t recover. He likely began the maneuver above the airplane’s published maneuvering speed and allowed it to accelerate well beyond its redline speed. The results were predictable.