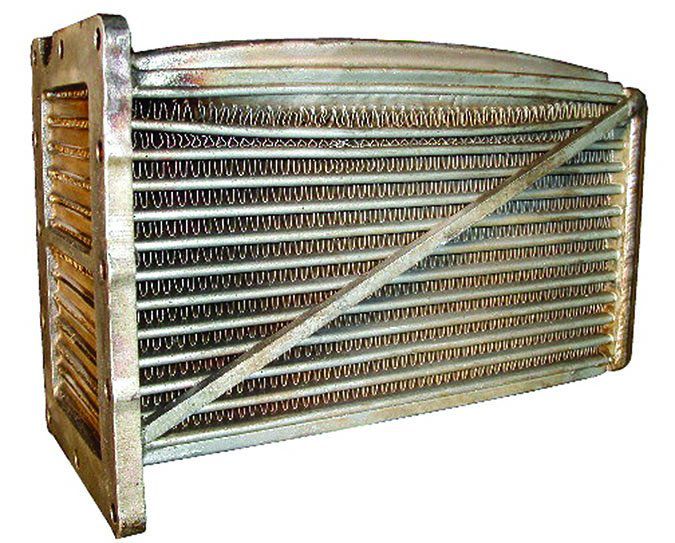 The engines powering the vast majority of personal airplanes are air-cooled. This means they don’t have a radiator and a liquid-based system like most automobiles we might drive to the airport. Yes, piston powerplants like those in the Rotax line, as well as many diesel engines designed for aircraft, are liquid cooled. But these more modern designs are in a distinct minority. In fact, besides the metallurgy, the basic configuration of aircraft piston engines has changed little since before World War II: Flat, horizontally opposed or radial designs from that era predominate.

Any time we ignite fuel inside a piston engine’s cylinders, we generate heat, which has to go somewhere—be dissipated—before increasing to the point damage is done. Air cooling an aircraft engine has the advantage of relatively light weight—the radiator, associated plumbing and relatively heavy liquid aren’t needed—and an endless supply of coolant. For most applications, we’re of the opinion putting a liquid-cooled engine on a personal airplane is akin to cooling a submarine with air. But no matter how simple air cooling a piston engine can be, pilots have found ways to screw it up.

Tools You Can Use

As it turns out, an air-cooled engine in an airframe designed for it offers us several ways to manage the heat it produces. The typical pilot has at least three tools to use, and often has a fourth. The first three are, in no particular order, airspeed, power setting and the mixture control. The fourth is cowl flaps (a fifth might be controllable shutters ahead of the cowling intakes, which offer another way to control cooling airflow). On a typical flight, we’ll use all of these tools to control and dissipate engine heat, perhaos without realizing it.

How we use airspeed to manage the engine’s heat should be fairly obvious: The faster we fly, the greater is the flow of air into the cowling, past the cylinder cooling fins and through the oil cooler, then overboard, taking those BTUs with it. When available, cowl flaps and/or shutters are used to manage that airflow by either blocking it from entering the cowling (shutters) or controlling how much of it can escape (cowl flaps). When open, they both allow maximum airflow for a given airspeed. When closed, they minimize cooling drag, with the option of opening them slightly if things in the cowling get too warm.

It also should be obvious that power setting impacts engine heat and the need, if any, to dissipate it. While all running engines generate heat, one idling on the ground and pointed into the wind probably has enough airflow to prevent exceeding limits, depending on cowling design. Conversely, a large-displacement engine (i.e., one that necessarily generates relatively large amounts of heat in exchange for its greater fuel use) may overheat even at high airspeeds if we ask too much from a poorly cowled example. Similarly, enrichening the fuel mixture often has the effect of cooling the engine, at the expense of economy. In fact, power setting and fuel mixture enjoy a relationship that can have a direct impact on how an engine is or isn’t cooled.

How Hot Is It?

But how do we know how hot or cold the engine is? We must monitor its temperature to ensure it’s warm enough to obtain full power and cool enough to preserve its longevity. If we’re flying a simple airplane like a Cub or Aeronca, we may not have much in the way of engine heat instrumentation, perhaps only an oil temperature gauge. At the other end of the spectrum is a glass panel like Garmin’s G1000 or Avidyne’s Entegra, which can present exhaust gas and cylinder head temperatures (EGT and CHT, respectively), plus exhaust temperature at the turbocharger inlet, if any, on a multi-function display, or MFD. Somewhere between the two extremes is the standalone engine monitor, which also presents EGT and CHT, perhaps plus other parameters.

Regardless of whether you’re flying behind a G1000 or an outdated Insight GEM 602 graphic engine monitor, all electronic engine monitoring systems work the same basic way: Each cylinder is fitted with probe in the exhaust header (EGT) and in the cylinder itself (CHT) and connected to the instrument by an individual pair of wires. The probes are thermocouples, which generate measurable electricity thanks to the interaction between the dissimilar metals used in them. The instrument measures those electrical impulses and converts them to values mere humans can understand.

Used and interpreted correctly, the modern engine monitor can alert us to a wide range of maladies going on under the cowling. But its primary use is gauging an engine’s operating parameters, just as do the standalone, single-probe CHT and EGT instrumentation popular before the electronic revolution filtered down to general aviation. Even so, anyone who regularly uses their piston-powered airplane for transportation should consider investing in an engine monitor and learning how to use it.

Take a moment and flip back to page 7 and take a close look at the pictured engine. Notice the four gold-colored cylinders? See how they have cooling fins cast into the metal? That’s the primary way an air-cooled engine transfers its heat to the air moving past it. To efficiently perform that task, air flowing into the cowling’s inlets must be directed to pass by the cooling fins. That’s where engine baffling comes in.

The image at upper right is of an uncowled Continental IO-520 mounted to a Bellanca Viking. The reddish orange material above each cylinder forms part of the baffling system. So is the black material at the rear of the engine/upper right of the image. Together, these strips of material—often fabricated from cloth-impregnated and heat-resistant silicone and riveted to sheet metal—are designed to fit against the cowling’s internal surfaces. In doing so, they help block the high-pressure air entering the cowling at the front from going anywhere except down between the cylinder fins and out the bottom rear of the engine compartment. Poor baffling is a good place to start when diagnosing overheating.

The same basic design is used for most air-cooled piston engines, although some use an updraft design instead of the downdraft. Cowl flaps, if any, allow greater airflow when open but reduce it and cooling drag when closed. Not including cowl flaps in an airframe design reduces cost and complexity, along with the airplane’s top speed. Sometimes, inability to adjust cooling airflow can mean the engine runs too hot.

How Hot Is Too Hot?

Presuming you even have instrumentation, how hot should you allow your engine to get? It depends. Many engines are redlined at a CHT value of 460 degrees F, while people whose opinions on such matters we respect suggest that’s way too hot. Cooler is better, they say, and we agree. Ideally, an air-cooled airplane engine’s cylinders should never see 400 degrees, and we take immediate steps to cool things down when they hit 360 F. The simple rationale is that, even though the engine manufacturer says 460, cooler is better.

The cylinders in our engines are usually made from an aluminum alloy. Unalloyed aluminum has a melting point of around 1220 degrees F, but most alloys melt at lower temperatures. Regardless, aluminum is an excellent conductor but is more sensitive to heat than, say, steel. Aluminum also does not have a fatigue limit, the stress amplitude below which no failures occur, and will weaken over time. Heat cycles aren’t beneficial to that characteristic of aluminum.

We’re talking about cylinder head temperatures, of course, which usually are measured at a single location, a point approximately halfway between its base and the top of the combustion chamber. Since we don’t know the temperatures at other cylinder locations, we can’t determine the extent to which, if any, those locations have neared or exceeded the manufacturer’s redline, or the one we impose on our own. Cooler always is better.