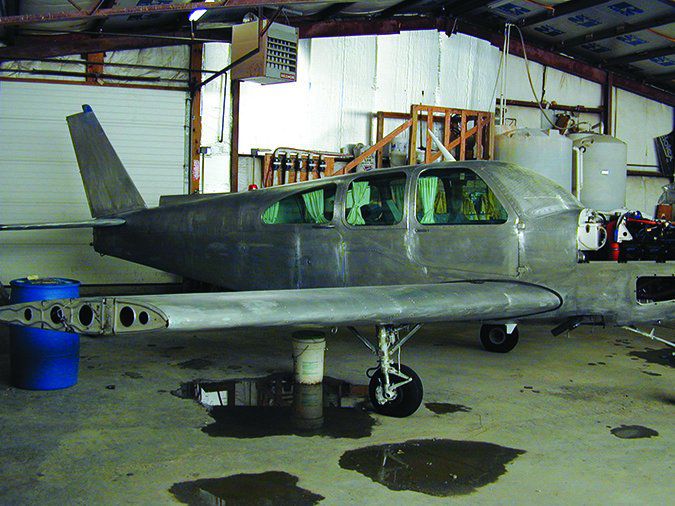 In our July 2013 issue, a feature article by regular contributor Robert Wright explored the FAA’s planned replacement for the practical test standards, PTS, which the agency was preparing. The new tool, known as the airman certification standards (ACS), is designed to, in Bob’s words, “integrate airman knowledge, skills and risk management expertise in a way that could be more effectively evaluated than through the current PTS.”

The FAA recently announced the new ACS guidance was ready for prime time and will be implemented this June for the private pilot-airplane and instrument rating-airplane practical tests. According to AOPA, the new ACS is designed to “make the certification and testing process more relevant and meaningful to modern pilots.”

What Is The ACS?

The FAA says the ACS in an attempt to “improve standards, guidance, and test development practices for airman certification.” The agency believes the ACS is an “enhanced” version of the PTS, which “adds task-specific knowledge and risk management elements to each PTS Area of Operation and Task.” It’s an improvement on the PTS, according to the FAA, because it “is a holistic, integrated presentation of specific knowledge, skills, and risk management elements and performance metrics for each Area of Operation and Task.” (Yes, the FAA actually used the word “holistic.”)

As Bob emphasized in his earlier article, risk management concepts are more tightly interwoven in the new ACS than the PTS it replaces. For example, The “skills” section of the ACS covers the flight proficiency performance metrics in the PTS it replaces. The ACS also lists the elements of aeronautical knowledge supporting a specific skill on which an applicant is tested. Additionally, the ACS incorporates the associated risk management elements with the task. A sample page, from the instrument rating-airplane ACS, is reproduced at left below.

According to David Oord, AOPA vice president of regulatory affairs, who chaired the FAA’s ACS working group, “Over time, the existing system has become dated. Taking the knowledge test should require a real understanding and comprehension of the information required and how it can affect your flying, rather than memorizing facts and answers to sample questions. The updated system addresses those problems and is designed to adapt as technology and the flying environment change. The new system also directly links both the knowledge and practical exams.”

As we’ve reported and commented on in recent issues, legislation proposed in the U.S. House of Representatives earlier this year seeks to spin off the FAA’s air traffic control system to a private corporation. That bill, H.R. 4441, the Aviation Innovation, Reform, and Reauthorization (AIRR) Act, was sidelined in February after committee approval. The delay means it’s unlikely the original bill will be brought to a vote by the full House and interim legislation to fund the FAA beyond the March 31 deadline presently authorized will be developed.

According to EAA, the U.S. Senate also is working on an FAA bill but it doesn’t contain the onerous ATC privatization provisions. Senators indicated a desire to move forward with their bill, but it’s not likely their work will be completed by March 31.

“The end of the ATC privatization threat for the time being puts aeromedical reform back to center stage of priorities,” EAA said in a statement. “The Senate by unanimous consent passed aeromedical reform language as part of the Pilot’s Bill of Rights 2 in December. EAA, AOPA, and other GA organizations are working hard to ensure that language is included in any Senate FAA reauthorization bill.”

Jack Pelton, EAA CEO/chairman, added, “This win allows us to focus on the issues that are tremendously important to the GA community and to EAA members. We have already started that work to make sure the provisions that lower barriers to the freedom of flight are kept alive in future legislation that is being drafted as we speak.” In addition to medical certificate deregulation, those provisions include Part 23 aircraft certification reform.

According to the FAA, the General Aviation Joint Steering Committee (GAJSC) and the NTSB have determined that “a significant number of general aviation fatalities could be avoided if pilots were to conduct more thorough preflight inspections of aircraft that have just been returned to service.” The agency in February published a Safety Enhancement Topic flyer on this problem, noting, “In-flight emergencies have been the direct result of maintenance personnel who have serviced or installed systems incorrectly. In many cases, although the maintenance personnel made the initial mistake, the pilot could have prevented the accident by performing a thorough or advanced preflight check.”

An advanced preflight, according to the FAA’s flyer, is one that “goes beyond the normal preflight checklist” by obtaining a “maintenance history of the aircraft and developing an additional items checklist.” Yes, it will take some time, but once it’s developed, “it can be used in conjunction with the aircraft’s preflight checklist for all future preflight inspections.”