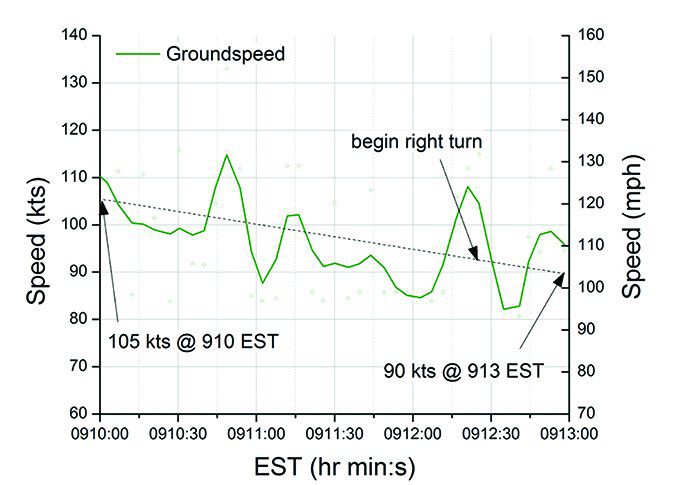 Last year, I flew maybe 40 hours in piston twins, building time and getting through a checkride. With a bunch of experience in the IFR system flying high-performance singles, keeping up with the twins I was flying—and planning ahead and managing their systems, even in the busiest airspace—was relatively easy. Performing the engine-failure drills, the VMC and drag demonstrations, and practicing various other systems failures also were relatively easy, thanks to my experience in complex airplanes.

The hardest part of it all was thinking in terms of staying ahead of the eventual engine failure, real or simulated. It wasn’t that difficult to adopt the basic mantra of flying a piston twin: stay above the airspeed indicator’s blueline speed at all times, except when landing. If an engine fails while airborne at or near the redline, you’ll either lose control of the airplane or must reduce power on the good engine and accept a negligible or negative climb rate until drag is reduced, power is restored or both.

The difficulty, if there was one, was prioritizing speed instead of altitude. In a single, altitude is life. No matter when or where the engine fails, if there’s enough altitude, we can glide to a relatively safe landing as long as we maintain control. In a twin, speed is life. Keep the airspeed above the blueline and it pretty much doesn’t matter if you lose an engine—you’ll have time to secure the failed one, enough power to climb, if perhaps feebly, and time to assess your options, then implement your choice. These two concepts aren’t all that difficult to accept once one understands the aerodynamics at work.

That said and for a variety of reasons, initial training of multi-engine airplane pilots may be the riskiest thing a flight instructor can do. Here’s an example of why.

On January 22, 2015, at about 0913 Eastern time, a Piper PA-23 Apache descended into a building northwest of the Lakeland (Fla.) Linder Regional Airport. Visual conditions prevailed. The airplane was destroyed and the flight instructor, and pilot-rated student, were fatally injured.

The flight’s purpose was training for the pilot-rated student, who intended to add a multi-engine rating. The flight was the pilot’s seventh lesson in the airplane, during which a typical syllabus for the training organization was an engine shutdown. In that scenario, the flight would depart Lakeland, proceed to the north while climbing to between 3000 and 4000 feet msl, then return. When over the airport, the right engine would be shut down, the right propeller feathered and the engine secured.

Witnesses reported the crew’s pre-flight activities and takeoff were typical. The airplane departed at about 0847 and proceeded in a northerly direction. There was no further communication with the accident airplane after leaving Lakeland’s Class D airspace. Radar data indicate the airplane proceeded north, performed some airwork and flew south back to Lakeland. The airplane continued in a southerly direction until about 0912:29, when a change to a southwesterly direction was noted. The airplane continued on the southwesterly heading until the last radar target at 0912:57, about 1443 feet and 047 degrees from the accident site.

Closer review of the radar data revealed at 0911:43, the airplane was at 3600 feet msl. It was the last altitude “hit” in the radar data. A witness approximately 1.8 nautical miles from the accident site reported hearing two pops from the engine(s). The second “pop” sound was louder than the first, and he reported the engine “quit.” Another witness, located about two miles from the accident site, reported the airplane “nose-dived” and began a steep descent a couple of seconds after the second “pop.” He also reported seeing puffs of gray or black smoke from the engine(s) when he heard the “pop” sound.

A third witness noticed the airplane in a nose-down attitude. At about 400 to 600 feet agl, he saw something about the size of the front wheel separate from the front of the airplane, or the airplane could have hit a bird; he could not describe the color of the item that he saw separating from the airplane. The airplane was not spinning when he saw it. Two other witnesses reported hearing the sound of at least one engine during the airplane’s descent.

A security camera captured the last few seconds before the airplane struck the ground; the low-resolution imagery did not allow investigators to determine the airplane’s state. No structure associated with the aft portion of the fuselage was identified in the wreckage, although there was no evidence of preimpact airframe failure or malfunction. Examination of the engines and propellers revealed no evidence of preimpact failures or malfunctions. Neither propeller was in the feathered position.

The rudder and its trim tab, plus a flight bag, separated from the airplane during the descent. Both came to rest outside the impact area. The separated rudder exhibited evidence of overtravel in both directions that is consistent with loss of cable tension; the reason for the loss of cable tension could not be determined. How the flight bag became separated from the wreckage also could not be determined.

The NTSB determine the probable cause(s) of this accident to include: “An in-flight loss of control for reasons that could not be determined during postaccident investigation; the loss of control likely occurred during a simulated loss of power in the right engine during an instructional flight.”

The “pop” sound witnesses heard could have been an engine backfiring as power was reduced for the engine-out exercise. It also could have been associated with some kind of airframe failure resulting in the rudder departing the airframe and the flight bag spilling out.

There are enough unanswered questions about this accident, the rudder and the flight bag to suspect something other than a simple loss of control during multi-engine training. Regardless, that seems to have been the precipitating event—if the engine-out exercise hadn’t been performed, this accident may not have occurred.