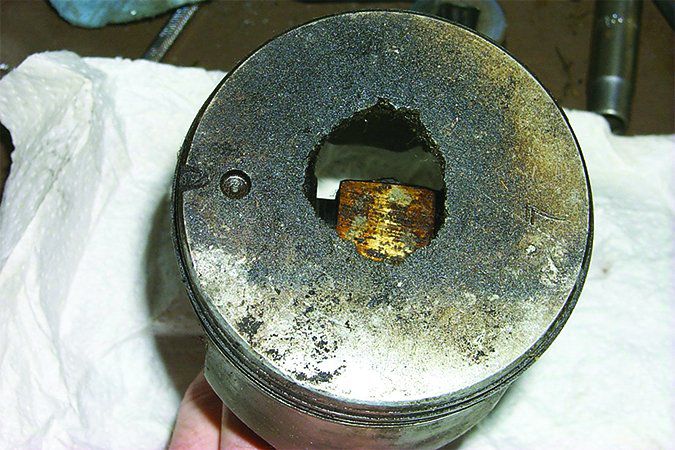 Failure of a single-engine aircraft’s lone powerplant is something students train for beginning with their first instructional flight. If they continue to certification, they’ve studied the basics of how engines work, the air, fuel and ignition source they need to keep working, and at least some understanding of the signs they’re about to stop. Most trainers lack the kind of sophisticated engine instrumentation that technology has brought us over the last couple of decades, so many students still fly behind gauges the basic design of which can be traced back to pre-WWII automobiles.

As they progress to more sophisticated aircraft, so, too, does the engine instrumentation become more capable. Today, the modern engine monitors available for aircraft can display many more parameters than the old gauges, and even present more details than a top-of-the-line luxury car. If there’s any problem remaining, it’s that pilots all too rarely don’t know how to use an engine monitor, or disregard its indications.

And it can be difficult to master the skill and knowledge necessary to intelligently determine what a monitor is indicating. What does it mean, for example, that one cylinder’s head temperature routinely is higher than the others? What if a normal-running cylinder’s temperature suddenly spikes? What can a pilot do to reduce them? Is a precautionary landing appropriate? If not, when is one appropriate? And is the engine monitor even in the pilot’s regular instrument scan?

Many engine failures aren’t really failures. Instead, they’re often traced back to something the pilot did or didn’t do, like buy fuel at the last stop, or switch to a tank with some go juice still in it. Other engine failures often advertise themselves, sometimes in subtle ways. It’s up to the pilot to receive, understand and act on those messages, even on short flights.

On August 23, 2014, at 1500 Central time, a Beech Model S35 Bonanza was destroyed during impact with terrain and a subsequent post-impact fire near Laurel Hill, Fla. The solo commercial pilot was fatally injured. Visual conditions prevailed, and no flight plan was filed for the flight, which departed the Bob Sikes Airport (KCEW) in Crestview, Fla., at about 1450, with the Florala Municipal Airport (0J4), Florala, Ala., as its destination. The two airports are 19 nm apart.

A line person observed the pilot start the engine and taxi to the runway for takeoff. He heard the pilot perform a pre-takeoff engine run-up, which he described as unusually long, since the pilot typically would “hop in and go.”

The accident site was about halfway between the two airports. The fuselage was completely consumed by post-impact fire. The engine displayed significant thermal damage. The propeller blades exhibited no leading edge gouging, chordwise scratching or s-bending. The crankshaft displayed multiple cracks aft of the propeller flange. Two breaches of the engine case were observed near the #2 and #4 cylinders. Visual examination revealed that the #2 and #4 connecting rods were fractured.

The NTSB determined the probable cause(s) of this accident to include: “A total loss of engine power due to detonation/preignition damage of the No. 6 cylinder. Contributing to the accident was the pilot’s decision to continue flight after receiving an indication of an impending engine failure.”

It’s clear the engine suffered a catastrophic failure. According to the NTSB, the #6 piston failed, allowing combustion gases to pressurize the engine crankcase, forcing its oil overboard via the crankcase breather tube. The cause of the preignition and/or detonation could not be determined.

The NTSB was convinced the pilot should have seen indications of dropping oil pressure, rising oil and cylinder head temperatures, and engine roughness. According to the NTSB, “given the pilot’s extended engine run-up, it is possible that they were observable as early as before takeoff.” Either the pilot did not observe these indications or he didn’t understand their meaning.