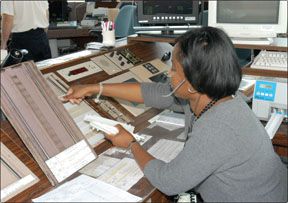 Among the various ways IFR pilots have to ingratiate themselves with the powers prevailing in our National Airspace System, theres one back door procedure known as the pop-up. No, this isnt a discussion about breakfast confections, or those insidious and distracting little windows that burst in front of whatever youre doing on the Internet.

Instead, think of the pop-up as an on-the-spot IFR clearance from ATC, possibly without either an IFR briefing or having filed a flight plan. A pop-up may be quick and dirty, but it sure beats scud running. And for those pilots who like entering the system as soon as possible after takeoff from a non-radar airport, the back door becomes the front door.

Pick One
Actually there are two basic kinds of pop-ups. Theyre given that name though, because you dont have to start off with Flight Service to get an IFR clearance, and even if you have a flight plan on file, ATC can let you in before they can see you on radar.

Requests for pop-ups can be made for VFR or IFR. You can ask ATC for pop-up clearances for practice, under either VFR or IFR flight. Heck, before the days of the ADIZ, when we were VFR and would occasionally call up Potomac with a request to transition their Class B, that was kind of a pop-up, too.The IFR pop-ups, of course, are given the same separation as all other IFR flights once theyre in the system. Anything VFR has to be approved on a non-interference basis; separation usually wont be provided unless in Class B airspace. But heres a quick look at what matters most.

Arriving
The first kind of pop-up is for pilots proceeding VFR inbound to an airport but where worsening weather justifies (or dictates) contact with ATC. The pilot either gets radar guidance or a full instrument approach (assuming the pilot and airplane are up to the task).

This situation, where a pilot flying under VFR contacts ATC for an IFR clearance when the weather starts going downhill, without having previously filed an IFR flight plan, puts a little more work on the controllers back, but can literally be a lifesaver for the pilot.

Why? Scud-running kills even Instrument-rated pilots; its never been a problem restricted to VFR-only pilots. When the briefer said youd have VMC but the view out the window says differently, or the white carpet gets rolled out in front of you and you find yourself above a solid undercast, this kind of pop-up can be one of the few arrows left in your quiver keeping you from getting sucked into a VFR-into-IMC scenario.

In either case, you could say its a pop-down. (Of course, it should go without saying that a VFR-only pilots wisest action in this case is to get back on the ground while he can still see it-from a normal altitude, that is).

How Its Done
How is it done? If you dont have a chart or an Airport/Facility Directory to look up a frequency for the nearest Tracon or ARTCC, theres always Flight Service. If your back is really up against the wall, call on 121.5. Dont worry about paperwork-there usually isnt any-and dont get scared by the seemingly non-secular inference when they ask for the number of souls on board. There are no undertakers involved, and unless the predicament is entirely of your own making, the FAA wont be, either.

The controller will usually request aircraft identification, type and equipment and youll probably get a discrete squawk code. Speaking of paperwork, if you dont have IFR charts and plates, admit it, and theyll give you all the required information.

As an unannounced arrival, you may get directed to a navaid or fix before getting a clearance (or a vector). Just make your best guess which way to turn, start twiddling in the right frequencies and OBS settings, and off you go.

If youre below a minimum IFR altitude, youll probably be asked if you can climb while remaining VFR, keeping your own distance from terrain and obstructions. If you cant, you just became the controllers top priority, if you get my drift. Once you get the clearance (route, altitude, etc.) if the controller can identify you on radar, hell probably skip the spooky souls aboard stuff.

How Its Not Done
The biggest way to screw up a pop-up clearance is to request one because you were too busy to file an IFR flight plan before you took off. Thats a great way to have the controller judge you as being unprofessional, just lazy, or both. And that judgment would be correct.

If you get easily tongue-tied or distraction-overload displaces your usually facile command of phraseology (or whatever decorum and mental bandwidth you had left), youre going to make things that much harder. If you work with the controller and can converse professionally, clearances are usually more forthcoming. Of course, this is true anywhere, whether its for VFR flight following or hard IFR.

Type Two
Then theres the second kind, where youre on the ground and want IFR handling en route. Or, maybe you just want to climb through a thin overcast, up to where the suns shining. At controlled airports, such IFR to VFR-on-top pop-ups are common. You depart under IFR conditions, and once youve reported reaching (the cloud tops, that is) you cancel with approach and proceed VFR.

Note that to VFR on top is not the same thing as VFR on top (where youre still on an IFR flight plan, but at a VFR altitude in visual conditions).

At many of the airports we use regularly, we do pop-ups all the time (the pop-ups, not the pop-downs), every time we take off on an IFR flight. Before you get out your ripe tomatoes, know that we file with Flight Service first, so the clearance is (almost) always waiting.

Some of you may be thinking, Hey, thats not really a pop-up; thats more like a routine pick-up for a clearance. Actually, the term can be applied to any IFR departure from an uncontrolled airport having no IFR departure procedure. In fact, you can legally depart under IMC from an uncontrolled airport even before ATC sees you on radar. (Youd better know the local terrain and potential obstructions, though.)

At our home airport, unless the bases of the clouds were higher than the local minimum IFR altitudes (which is about 2800 feet), there would be no way to legally depart under the IFR umbrella (or get a present position direct clearance to any navaid or initial approach fix for an approach, either).That would also have encouraged pilots to scud run. So, like we cover in the sidebar, its not something to be taken for granted.

Its About Options
Getting an IFR pop-up can be a nice convenience, or a lifesaver. As long as the request isnt one of those made under duress, they can actually make life a little easier for ATC.

Why? Because it allows them to call the shots. Instead of being forced to accept the route and time for you if you and your flight strip walk in the front door, by knocking on the back door (i.e., a pop-up), they have the option of delaying your clearance if it doesnt fit into what they have going on right at that moment.

Either way, its another tool for working the system. And, like any tool, you have to know when to use it and how.

Also With This Article
“You Call That A Clearance?”
“A Close Call?”