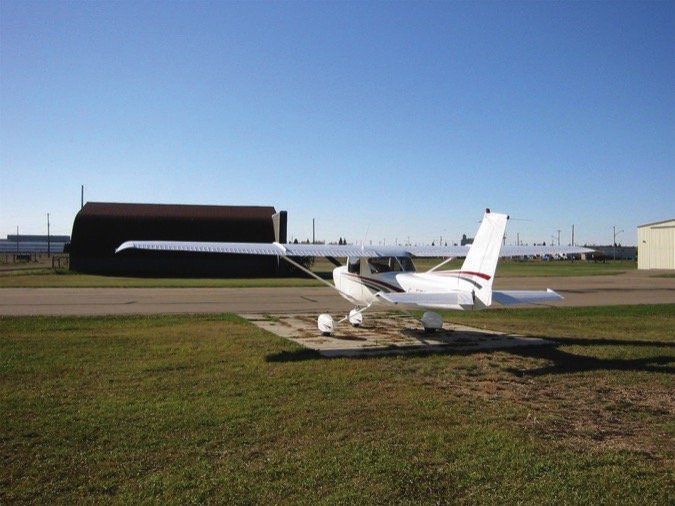 Boeing’s 727 has always been one of my all-time favorite airplanes. I’ve never flown in one as anything other than self-loading freight, but I’m old enough to remember when the 727 (and the DC-9) brought jet comfort and performance to smaller, outlying airports where the era’s long-haul mainstays—707s and DC-8s—couldn’t operate. These days, of course, economics—fuel burn, plus the need to pay three pilots—and noise regulations have relegated the venerable three-holer to tramp-freighter status or the scrapyard.

I didn’t know it at the time, but one of the things that enabled the 727 to reliably operate to and from smaller, regional airports was its wing. Not having pylon-mounted engines helped simplify things a lot, but the real tricks were in the slotted Fowler flaps and leading-edge slats all 727s came with, and which are now commonplace aboard jet transports of almost any size and configuration, as well as general aviation airplanes. What’s so special about these devices, and what else might help with the low-speed handling of the personal airplanes we fly?

Of Slots And Slats

The sidebar below offers some details on Fowler flaps. The principal takeaways involve how the design increased wing area while adding relatively little drag, at least before the flap is deflected. Although it’s rare these days to see a Fowler flap that doesn’t incorporate some kind of a slot in its design, their addition pretty much perfected the configuration. My revered 727 featured Fowler flaps with triple slots, a basic design still manufactured by Boeing. But what do the slots do? And what about slats?

As discussed in the sidebar below, slotted flaps actually are made in two or more panels, with space between them allowing air to pass through. That air is at a pressure higher than the air above the wing, and reacts to the turbulence generated when passing through the slot between flap panels by delaying its tendency to separate from the airfoil, allowing greater angles of attack before the stall.

That particular feature of slotted airfoils was used to help Cessna tame the original Model 177 Cardinal, which the factory determined needed some extra pitch authority. Fixed slots were added to the stabilator’s forward portion, delaying onset of a stabilator stall in the same fashion slotted flaps help the wing generate lift.

On the 727, the Krueger flaps extend out from the wing root only a few feet. (They generally extend out to the engine pylon on transports with wing-mounted engines.) The rest of the wing’s leading edge is mostly populated with slats, curved panels comprised of the wing’s leading edge extended forward of their cruise or high-speed position. Like slots, they increase the wing’s camber—beneficial at low speeds—and leverage the high-pressure air flowing underneath the wing by passing it through the slot they create when extended.

It’d be rare to find a Krueger flap on a general aviation airplane, but slats are easier to find. The Helio Courier features spring-loaded slats that automagically extend at low speeds and retract when faster. Early models of the legendary North American F-86 Sabre also came with leading-edge slats. Meanwhile, the original Globe/Temco Swift incorporated fixed slots in its leading edges, forward of the ailerons, to assist with low-speed handling. (Many owners have covered them to boost cruise speeds.)

So far, we’ve talked about ways to change the leading and trailing edges to improve low speed performance. Two other aerodynamic tricks for flying slowly deserve mention, especially given their presence aboard personal airplanes: wing fences and vortex generators.

A wing fence is a thin plate mounted to and extending a few inches upward and perpendicular to the wing’s upper surface. It’s designed to control the spanwise flow of air at low speeds. That’s important because the wing typically will stall at its root, allowing at least some aileron control until the outer wing portion stalls, too. By controlling that spanwise flow—slowing down its progression from the root to the tip—roll control can be maintained at slower speeds. Examples of wing fences include the MiG-15 and just about any GA airplane modified with an aftermarket short takeoff/landing (STOL) kit (see the sidebar above).

Meanwhile, vortex generators are almost counterintuitive to me. How can putting something on the airplane designed to create drag possibly help? They do, though, by delaying flow separation just above the wing, ensuring the last ounce of lift is wrung from the airfoil. As the name implies, VGs are designed to create a vortex—think of it as a horizontal tornado—which in turn energizes the air flowing over the wing. The energetic boundary layer that results is less prone to separation from the airfoil’s upper surface at a given angle of attack. At the same time separation is delayed, the greater energy in the air moving over the wing or control surface helps maintain the surface’s effectiveness. That’s why they’re also useful on vertical stabilizers, to help improve yaw control.

You’ll find VGs in a lot of places, including a wind generator’s propeller, jet transports and on GA airplanes sporting STOL modifications. They do exact a penalty—the typical GA airplane equipped with them will have a slightly slower top speed—but those who need to fly slowly usually swear by them for their effectiveness at enhancing low-speed control. There’s no free lunch.

In the 1920s, an engineer for the U.S. Army named Harlan D. Fowler conceived the flap design that bears his name and appears on many airplane wings today. Fowler’s genius was to extend the flap aft without deflecting it, thereby increasing wing camber and area without a drastic increase in drag. Additional deployment of a Fowler flap beyond this point of extension involves deflection, which adds drag and substantially increases camber.

The two cross-sections at right show slotted Fowler flaps, with the added bonus of depicting how the slots work: by conducting high-pressure air (low-pressure air is above the wing) over the flap’s airfoil, increasing lift. The top image depicts early deployment, where the flap itself is merely extended aft of the wing. The bottom image shows a double-slotted Fowler flap extended further aft and deflected.

Aftermarket kits designed to enhance an airplane’s low-speed handling, enabling it to get airborne sooner and at slower airspeeds while also allowing lower approach speeds and shorter landings, are popular for operators who need the performance. They often consist of items like wing fences (circled, top image), drooped wingtips, leading edge cuffs (to increase the wing’s camber) and vortex generators (arrows, bottom image).

Vortex generators on wings are popular with piston twin operators as they generally offer a lower VMC airspeed, allowing slow approach speeds—are you starting to sense a common theme?—and greater margin above loss of control when operating with one engine inoperative. The devices also may be installed on vertical stabilizers forward of the rudder, further helping low-speed handling of both singles and twins.