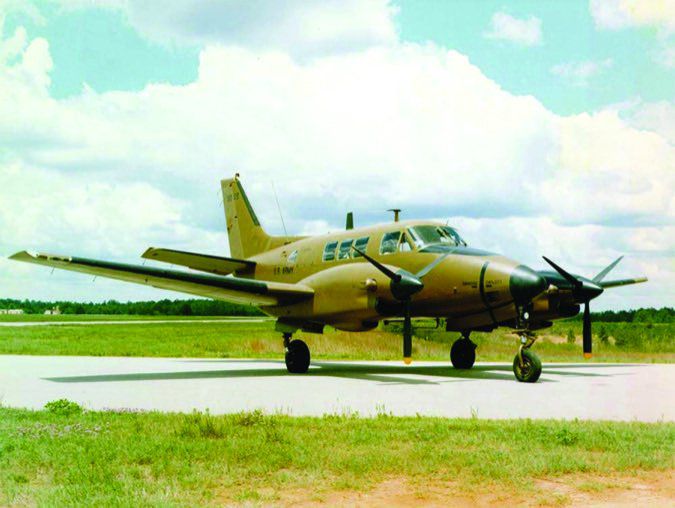 For the last few years, my home airport has been a private, paved and lighted strip in a rural area. The pilot-controlled lighting is non-standard, however. For one, the system’s intensity is relatively weak. For another, there seem to be fewer runway lights than at most other airports I’ve used. And the light fixtures themselves seem located farther from the pavement than I’m accustomed. Often, there are few other ground lights in the area to help provide perspective at night. The runway does not have a rotating beacon, only a dimly lit windsock that may or may not tell the truth. There are few obstructions in the area above a couple of hundred feet, although there’s a tall tower about five miles north.

I’ve flown in there at night several times and I’ll do it again several more times. But I don’t like it. The combination of dim, non-standard lighting and the lack of nearby ground illumination—what the NTSB calls cultural lighting—pretty much defines the so-called black-hole approach, the kind where depth perception suffers from lack of detail, especially when there are few peripheral details. The human eye just isn’t all that good at night. More light and more lighted objects to help with depth perception are better.

Unless we’re on guard against it, the optical illusion involved in the black-hole approach makes us think we’re higher than we actually are. The pilot descends too early or too quickly, and comes up short of the runway in the weeds.

Since our depth perception in these circumstances is poor, my defense basically involves staying high but slow, and slightly behind the power curve, so I’ve already established the landing attitude. Manage the descent more with power adjustments than pitch inputs and keep the nose slightly above level. In this attitude, I don’t need to flare and simply fly the airplane onto the runway in the touchdown attitude.

Each night landing is different, though. The lack of visual cues can and does trip up even pilots who know better.

On April 19, 2016, at about 2115 Central time, a Beech 65-A90-1 (converted U.S. Army U-21D—basically a non-pressurized King Air 90) collided with power-line towers while attempting to land at the Slidell (La.) Municipal Airport (ASD), the airplane’s and the operation’s home airport. Both pilots were fatally injured; the airplane was destroyed. The airplane was registered to and operated by the Saint Tammany Parish Mosquito Abatement District as a public aircraft. Night visual conditions prevailed.

After completing a planned mosquito abatement mission, the pilots radioed their intention to land at ASD. The accident pilots were flying a visual pattern to Runway 18. A company airplane was behind them conducting a practice approach to the same runway. The company airplane’s crew radioed at the final approach fix; the accident pilots stated they were on a left base, number one for the airport. Seconds later, the company plane’s crew saw a blue arc of electricity, followed shortly after by a plume of fire. The accident pilots could not be reached on the radio. The accident airplane came to rest in a marsh about 0.6 nm north-northwest of the approach end of Runway 18.

The crew seemed well-qualified. The left seater held a commercial certificate, and reported more than 7700 hours on his last medical application, including 925 hours multiengine time and 1135 hours of night time. The right-seater had a multi-engine ATP and estimated more than 18,000 hours total time, with 4619 hours at night. The right-seater also was the aerial operations supervisor. He had worked for the operator for 31 years.

Weather reported at 2053 for ASD included calm wind and 10 miles of visibility under clear skies, with a temperature of 68 degrees F and a dew point of 64. Data from the U.S. Navy Observatory indicate an almost-full moon was visible. Other pilots operating at ASD that evening reported the airfield lighting was illuminated and that the PAPI operated normally.

The airplane initially impacted two 70- to 80-foot-tall towers suspending power lines. The lines generally ran on a heading of 150/330 degrees. Due to their height, they were not required to be illuminated.

Flight control continuity was confirmed to all surfaces; the flaps were retracted. The elevator and rudder trim positions could not be determined due to impact damage. Fire destroyed the cockpit instrumentation except for a few gauges. It appeared both engines were under at least some power at impact: The right propeller remained attached to its engine, with two of the three blades displayed S-bending with nicks on their leading edges. One of the left prop blades was consumed by fire; the other two displayed curling and both were bent rearward. Examination of the airplane did not reveal any preimpact anomalies that would have precluded normal operation.

The NTSB determined this accident’s probable cause(s) to include: “The unstable approach in black-hole conditions, resulting in the airplane overshooting the runway extended centerline and descending well below a safe glidepath for the runway. Contributing to the accident was the lack of monitoring by the copilot allowing the pilot to fly well below a normal glidepath.”

Both pilots were experienced generally and at night, and they both were familiar with the airport. However, noted the NTSB, that familiarity may have led to complacency during the landing approach. Adequate visibility and moon disk illumination were available to the pilots. “However,” noted the NTSB, the area preceding the runway is a marsh and lacks cultural lighting, which can result in black-hole conditions in which pilots may perceive the airplane to be higher than it actually is while conducting an approach visually.”

“It is likely that the pilot did not maintain adequate crosscheck of his altimeter and radar altimeter during the approach and that the copilot did not monitor the airplane’s progress; thus, the flight crew did not recognize that they were not maintaining a safe approach path. Further, it is likely that neither pilot used the visual glidepath indicator at the airport, which is intended to be a countermeasure against premature descent in visual conditions.”

I can understand the complacency involved in landing back at a familiar airport in a familiar airplane. But ultimately, the pilots also were complacent in failing to use the PAPI to monitor the glidepath.

The FAA’s Aeronautical Information Manual advises that the lights from a precision approach path indicator (PAPI), an on-glidepath example of which is to the left of the runway in the image at right, “are visible from about 5 miles during the day and up to 20 miles at night. The visual glide path of the PAPI typically provides safe obstruction clearance within plus or minus 10 degrees of the extended runway centerline and to 3.4 NM from the runway threshold. Descent, using the PAPI, should not be initiated until the aircraft is visually aligned with the runway.”

As with the visual approach slope indicator, VASI, the AIM advises that, “[i]n certain circumstances, the safe obstruction clearance area may be reduced by narrowing the beam width or shortening the usable distance due to local limitations” or the device may be offset from the extended runway centerline. Both VASI and PAPI installation may involve a glidepath greater than 3.0 degrees.