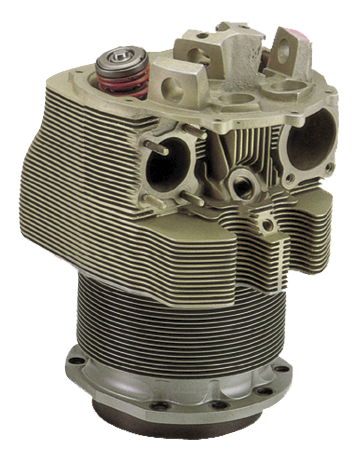 Having recently purchased my Cessna 182S and receiving my high-performance endorsement, it was time for a cross-country flight to learn how to fly my plane. I had approximately 100 hours of experience in 172s and 6.4 hours in my 182.

I’m an avid scuba diver so I prefer to fly like I dive—with a buddy that can fly as well. I flew from Northern California to Southern California to pick up my buddy, a commercial pilot who has been flying for over 30 years. We then set our course for Lake Havasu City, Ariz. We had a smooth ride as we flew the three-hour leg to Lake Havasu.

Nearing our destination, we picked up the AWOS and began descending. When I pulled back on the throttle, we felt a “clunk” in the engine, which started running a bit rough and caused a small vibration in the airplane. This was not good.

Normally, I might have panicked, but with my experienced copilot at my side, I stayed calm. We talked through our options and decisions along as I continued to fly the plane. I began a series of small adjustments to the throttle and mixture to see how the engine responded. We quickly discovered these changes only made matters worse, so we left the settings as is. My buddy reminded me to stay high—altitude is our friend—and we looked for landing spots in case things deteriorated.

As we entered the traffic pattern, we stayed high and made normal base and final turns, but at higher speeds than I was used to because we didn’t want to reduce the throttle. On final approach, I pulled the throttle to idle since all other settings caused very uncomfortable engine vibrations. Since we stayed high, I decided to slip it in on final using full rudder input, even though we had plenty of the 8000-foot-long runway remaining. I was so thankful for my CFIs making me practice many slips during training. This slip had to work, since going around was not a feasible alternative given our engine troubles.

After landing, I was fatigued and asked my copilot to take the controls and taxi to the mechanic’s hangar. We grabbed a beer at Hangar 24 and waited for the prognosis. An hour and at least one or two beers later, the mechanic reported that we had lost cylinder number 4 due to the exhaust valve cap coming loose and “bouncing” around.

Needless to say, we had to leave my 182 for a cylinder replacement and find another way home. After this experience, I added a JPI engine monitor to be able to monitor each cylinder during ground and flight operations. Whether scuba diving or flying, I recommend using the buddy system whenever feasible, as it may keep you calm in a pressure situation.