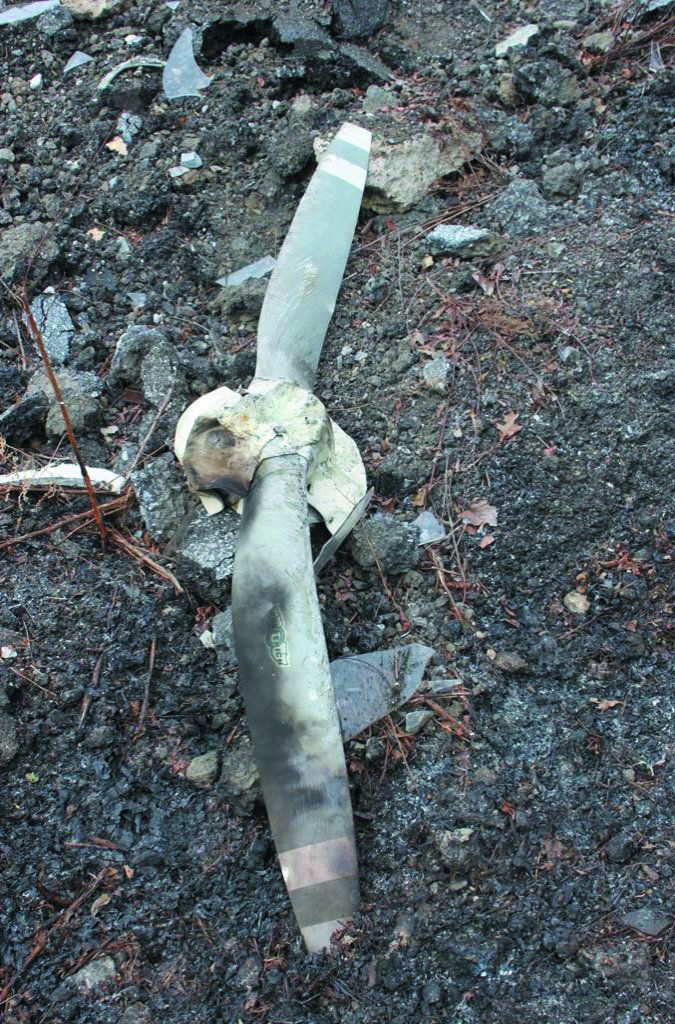 Airplanes are mechanical contrivances. So it shouldn’t come as a surprise to learn they sometimes break. The object, of course, is for them to break on the ground, preferably right in front of a maintenance shop at which you have a credit on your account. It rarely works out that way, of course. Instead, airplanes can and do break while we’re flying them. But even when they let us down, they usually have been signaling in some fashion what’s about to happen.

A worn tire blows out after a firm landing; the radio that’s been getting progressively worse finally gives up with a loud pop; that hard-to-start engine finally won’t wake up; the magneto that barely makes it through a run-up finally doesn’t. Ideally, we’d recognize the signs for what they are—the airplane is trying to tell us something—but we frequently ignore them. Perhaps the airplane isn’t speaking to us loudly enough; perhaps we’re not listening.

Sometimes, though, the airplane communicates loud and clear. Something’s wrong, and it’s not getting better. You’ll need to visit your favorite mechanic before further flight, so repairs can be made and the airplane returned to mechanical health. When such communication occurs aloft, we usually try to get on the ground expeditiously.

When it happens in the run-up pad or on the takeoff roll, we usually abort the attempt and try again another day, after someone has looked at the airplane and pronounced it good to go. As this month’s accident demonstrates, it’s rarely a good idea to ignore the airplane when it tells you something’s wrong, especially if you’re still on the ground.

On March 29, 2015, at about 1335 Eastern time, a Piper PA-28-140 Cherokee 140 crashed shortly after takeoff from the Brandywine Airport (KOQN) in West Chester, Penn. The airplane was destroyed by impact and a post-crash fire; the flight instructor and private pilot were fatally injured. Visual conditions prevailed.

The purpose was to conduct a flight review for the airplane owner, who had reportedly not flown since 2011. The airplane had not flown in 4.5 months, during which its annual inspection was performed. Almost two months earlier, 29.4 gallons of fuel had been added.

According to witnesses, a magneto check during the first run-up produced a rough-sounding engine. The second run-up was better. A takeoff roll was begun but aborted, for unknown reasons. During the second takeoff, a witness later reported hearing four “pop” sounds followed by a loud “pop” sound, when the airplane was still on the ground, about halfway down the runway. The “pop” sounds quit and the airplane lifted off about 1070 feet down the runway.

The airplane came to rest in the backyard of a residence about 0.5 nm southwest from the departure end of the runway. All components necessary to sustain flight were accounted for at the accident site. A post-crash fire consumed a majority of the airplane.

Flight control continuity was confirmed for roll, pitch and yaw. The fuel selector was located loose in the wreckage, and found to have sustained fire damage. Examination revealed it was between positions. All engine components sustained substantial impact and thermal damage. Impact and fire damage precluded operational testing of the carburetor. Both magnetos remained securely attached to their respective mounts; both magnetos and the ignition harness exhibited extensive fire damage, precluding operational testing. All spark plugs exhibited normal wear.

The propeller was separated from the engine. The spinner exhibited straight-line compression folds consistent with minimal rotation at impact. Compression was verified in all four cylinders, all of which were examined using a lighted borescope. The tops of all pistons were absent of combustion deposits, and there was no evidence of detonation to any of them. An unmeasured amount of oil was observed in the engine.

The NTSB determined the probable cause(s) of this accident to include: “The failure of the flight instructor and the pilot to abort the takeoff after the airplane experienced a partial loss of engine power with adequate runway remaining, and their subsequent failure to maintain adequate airspeed, which led to the airplane exceeding its critical angle-of-attack and experiencing an aerodynamic stall. Contributing to the accident was an intermittent loss of engine power for reasons that could not be determined during post-accident examination of the wreckage due to extensive post-crash fire damage.”

Why the engine lost power is a mystery. It could have been water or other contaminants in the fuel, after the airplane sat for more than four months. It could have been something associated with the just-completed annual inspection, during which a leaking gascolator was repaired. It could have been the fuel selector incorrectly positioned between tanks, as it was found in the wreckage, though it’s just as likely impact forces placed it in that position for investigators. We’ll never know.

We’ll also never know why the two pilots continued the takeoff. In fact, there were multiple opportunities—and warning signs—available to them. It’s unlikely they failed to notice the engine was not operating smoothly and the airplane’s observed performance indicates the pilots had to have known they had a problem. Why not stop and investigate why the airplane was misbehaving?

According to the NTSB, “…it could not be determined why the flight instructor and pilot/owner elected to continue the takeoff after the airplane experienced an engine malfunction with ample runway remaining to abort the takeoff.” Maybe they simply weren’t listening?

Based on the obvious mechanical issues this airplane reportedly experienced, it’s clear the engine was not producing sufficient power. During the accident’s last few moments, the engine apparently failed; the relatively straight and unbent propeller from the accident airplane, shown in the image at right, bears witness to presumably total engine failure before impact. Witnesses observed the airplane enter what the NTSB labeled an “incipient spin” before it crashed.

From the evidence, the total or partial engine failure was the accident’s precipitating event. But aircraft engines fail all the time. When it happens, pilots are trained to retain control, establish a glide and maintain sufficient airspeed to land, also under control, on the nearest suitable surface. That didn’t happen in this instance. Why?

One answer is the airplane and its pilots apparently had little altitude—estimated at 200 feet—to use before colliding with terrain. They already were struggling with the engine’s inadequate power output, which translated into an inability to climb.