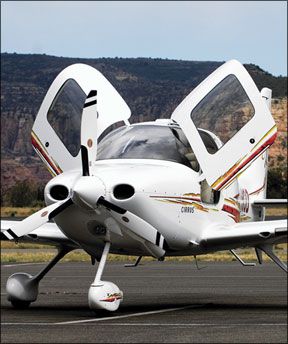 In November 2006, Alan Klapmeier, CEO of Cirrus Design, sent an almost-unprecedented letter to all owners of Cirrus SR20 and SR22 aircraft. The letter came on the heels of a string of fatal accidents in Cirrus aircraft in adverse weather conditions.

the risks associated with adverse weather accidents [including]:

Included in the same communication was a letter from COPA President Mike Radomsky, who implored pilots to “invest the time to train regularly to upgrade your skills and remain current and sharp [and to] strive for professionalism.”

What do Cirrus initial pilot training program and COPA teach, and how does it relate to the airplanes history? What lessons can we learn from the Cirrus mishap record?

As of late December 2006, there have been 65 reported mishaps involving Cirrus SR20 and SR22 airplanes, beginning with a fatal accident during pre-certifcation tests and ending with a fatal crash under currently unknown circumstances in the mountains of Arizona. Eighteen of the accidents involved SR20s; the remaining 47 were in the more-numerous SR22. A basic analysis is shown in the tables on the next page.

The high number of Cirrus accidents involving airplanes of recent registration is not so surprising when you consider a) low time-in-type is a well-known factor in airplane accidents and, b) all Cirrus airplanes being “new” in general aviation terms, it is logical that a high percentage of mishaps will involve recently registered airplanes. These factors probably more than anything else contribute to the frequency of Cirrus mishaps overall.

Categorizing the Cirrus mishaps, we learn that:

Five percent have (to date) “unknown” causes; 12 percent result from miscellaneous other causes.

When considering any aircrafts accident rate, its instructive to look at what I call “similar-mission aircraft” (SMA); in this case, other piston-powered aircraft typically flown for the same purposes.

For over six years I have evaluated mishaps in Beech Bonanza and Baron airplanes, traditionally used for missions quite similar to a Cirrus. About 40 percent of all Bonanza/Baron mishaps historically are related to the landing gear system gear-up and gear-collapse accidents (This is where anyone objective acknowledges the Cirrus similar performance with fixed landing gear). Remove those mishaps from the Bonanza/Baron record and we have what I think is a valid comparison of Cirrus accidents with another SMA.

Why is Cirrus different?

The Cirrus mishap record, in my opinion, is shaped less by the specific airplane and more by the combination of the airplane, the mission and the pilot. One of the stark differences when comparing between mishaps involving Bonanzas and Barons to the Cirrus fleet is low pilot time-in-type in the overall Cirrus fleet. In fact, for those Cirrus mishaps in which pilot time was reported, the average time-in-type when the accident occurred was only 40 hours.

Cirrus Design has been enormously successful in marketing to what the factory has called “non-traditional” pilots. For example, last year at AirVenture Oshkosh I saw all the usual aircraft displayed at the airport. I noticed, however, that Cirrus had positioned airplanes in parking lots and back lawns of restaurants and pubs throughout town (Cessna had a lone Skyhawk and a sales rep in the Oshkosh town square downtown, too).

Where Beech and Mooney advertise in aviation magazines, Cirrus runs ads in

USA Today, the Wall Street Journal, and Entrepreneur magazine. Focus is on comfort, equipment and capability, and to no small amount the additional safety of the ballistic parachute. Cirrus successfully takes the airplane to a new market, and its phenomenal success shows that the tactic is working.

The result, in addition to sales, is that a new breed of pilot is flying Cirrus airplanes: a pilot often with little to no prior flying experience who sees the airplane as a reliable business or personal transportation tool a sort of Lexus with wings. In a nutshell we have a combination of:

A complex and highly capable airplane,

An expectation that the airplane is an all-weather transportation machine,

The perceived panacea of the ballistic parachute, and

A pilot with little practical experience to manage the risks presented by that airplanes capabilities in a demanding operating environment.

Initial problems with insurance for new Cirrus owners driven more by the lack of actuarial data on composite-construction airplanes than the design itself led to a cooperative effort with the University of North Dakotas aerospace department to create an initial flight training syllabus. This evolved into the Cirrus Standardized Instructor Pilot (CSIP) program, an initial checkout insurance requirement for virtually all new Cirrus owners.

The CSIP syllabus includes a detailed PowerPoint classroom presentation covering normal, abnormal and emergency procedures; checklist use, single-pilot operations and “flight profiles,” tools visualizing sequential actions from preflight planning through shutdown at the end of a flight. Emphasis is on the cockpit technology: Primary Flight Display and Multifunction Display (PFD/MFD) operation including electronic checklists, and flow patterns for accomplishing each flight operation. “By the numbers” flying (use of preplanned power settings, aircraft configurations and airspeeds) is the standard procedure, as is autopilot use for most phases of flight. There is a presentation dedicated to Cirrus Airframe Parachute System (CAPS) deployment; the six-page Safety Information section of the Pilots Operating Handbook is dedicated exclusively to operation of the CAPS. The program is a very good systems-management approach to flying Cirrus airplanes.

An independent organization that understandably receives great support from the Cirrus factory, the Cirrus Owners and Pilots Association exists primarily to provide safety training and information to Cirrus pilots. Central to COPAs offerings is the Cirrus Pilot Proficiency Program, or CPPP, the stated objective of which is “to enable pilots to operate their aircraft with greater confidence, safety and enjoyment.”

Pilots attending weekend CPPP events, held around the country and in Europe, can elect to complete ground and flight training or, if they wish, extended ground-only training.

Flight training, for those pilots who elect to do so, consists of two flights tailored to the individuals needs. There is also a “partner in command” program for non-pilot passengers to become more familiar with the role they can play in normal and emergency operations safety.

Perhaps taking its cue from AOPA Air Safety Foundations “Seminar in a Box” program, where prefabricated training materials kits are made available for local pilot meetings, COPA has instituted a course called Critical Decision Making, or CDM. CDM addresses the true cause of most general aviation accidents, pilot judgment. Cirrus owners and host organizations (such as fractional ownership programs using Cirrus airplanes) are encouraged to hold seminars using the CDM kit. This author hopes to be able to attend a CDM course and report on it in detail in a future article.

Theres a prevailing attitude in all personal aviation that flight instruction is something we take in intense doses to earn a certificate or rating, and then sample briefly at two-year intervals to retain our flying privileges. This may be adequate for recreational, VFR flying in simple airplanes, but the mishap record in cross-country IFR-capable and Technologically Advanced Aircraft (TAA) suggests otherwise.

Yet the culture of personal aviation has not fully caught up with the demands of flying TAAs, especially with the newest generation of schedule-intense pilots. To its credit, Cirrus Design instituted the CSIP program and highly encourages pilots to take advantage of COPAs training at every opportunity. COPAs offerings, in particular, but also Cirrus latest online resources, seem focused on the critical decision-making skills needed to improve the mishap record. Participating (or not) in available safety programs says more about the individual pilots attitude than the airplanes design.

The record shows that Cirrus airplanes are involved in more weather-related accidents than other similar-mission airplanes, and that the consequences of those accidents tend to be more severe. Are Cirrus airplanes more difficult to fly than other SMA? From my admittedly limited personal experience in Cirruses, no. Do all TAAs demand greater pilot skill and decision-making ability than minimum initial and flight review requirements of the FARs? It seems so. Do all pilots need to reevaluate the true capability of their airplanes and their own piloting experience, especially in adverse weather? Absolutely.

To their great credit, Cirrus leadership has recognized that the fantastic performance and capability of their products demands a culture of safety that only a strong pilot education program can bring.

Now its up to individual pilots to heed the lessons of the Cirrus mishap record.