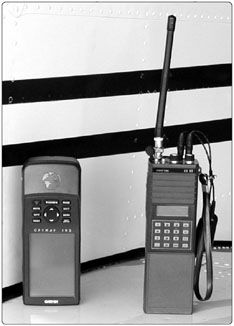 Next to being on fire or having an engine failure, experiencing an electrical (or vacuum) failure in instrument conditions probably gets the pilots highest award for dread and distress. Of course compared to the first two, if youre VFR-or even if you cant see your wingtips-dead radios would run a distant third, and there is no good reason to let it ruin your day.

I should know; Ive had worse-a total electrical failure, in IMC, with my family, over mountains. Since then, Ive made it my business to bone up on the procedures that cover suddenly finding oneself deaf and dumb, and Id like to share something: You dont need a miracle worker to see you through (although if youre already blind, and your battery is also dead, you might want one).

Anybody Home?
Lets say youre doing fine, motoring along on an IFR flight plan. Theres no ice, no turbulence-just IMC inside smooth stratus clouds-when it dawns on you that you havent heard any voices lately. (We mean on the radio-other voices you might hear are beyond this articles scope.) On a VFR flight, you could just land somewhere or, worst case, test your knowledge of light gun signals.It gets a little more complicated on an IFR flight, but not that complicated.Heres how to approach the situation, if or when it sneaks up on you.

Panic Button?
First things first. Job one is always to keep flying. You may not have a real problem at all. (You did perform a radio check on the ramp, right?) But ATC may be coordinating a lengthy hand-off with another sector, in the middle of a shift change or dealing with a mayday. Too, it could be terrain blockage, a ground equipment outage or a stuck microphone-yours or someone elses.

Of course, if the digital displays in the radio stack are all dark and the ammeter is showing a discharge, then you can silently berate yourself for not remembering our articles because you either somehow missed the ammeter check during your run-up, or else hadnt been including an ops check of your electrical systems health every few scans since you took off.

It could also be an operator error problem-your comm radios squelch might be set incorrectly; ATC hears you and is calling, but their transmissions are too weak to break squelch. Now, while youre sitting in the comfort of your living room, is a good time to paw through your avionics manuals to ensure you know how to set your radios squelch. A related problem could be that youve simply flown beyond that ATC facilitys communications coverage. Busy or not, controllers can forget about us long enough to fly out of range.

One thing youll want to try is the old wiggle and jiggle routine: Click your push-to-talk button; try re-seating the headset plugs; try plugging into different jacks; and check your volume switches. You might have forgotten to turn the volume back up after lowering it a bit to pick up an ATIS, or it just might have gotten a sideways bump and accidentally gotten turned down.

Actually, before your hands start flying all over the cockpit, a close glance at your circuit breaker panel would be in order. Examine the audio panel; try the previous frequency; check the other communication radio; try de-selecting the auto and use the Com1 or Com2 positions instead; try turning up the voice and IDENT on the VORs; or switch from the headset to the speaker and hand microphone. When you turn the voice and identification up, you may discover that ATC has already asked Flight Service to try reaching you. Try 122.0 for Flight Watch. (Yes, its okay to use it in a pinch, to ascertain your position, communication-wise.) Another resort is to use 121.5-you are not required to have an emergency in order to use it, but the implication will be that you probably consider the situation urgent.

Most comm radios are independent, with their own antenna, so you may still have some voice or at least one ear left, but you wont know for sure until you check the choke points, such as the audio panel, jacks, etc. I would be remiss here if I did not hasten to add one more thing, which is a reminder that having a hand-held navigation and communication radio is your best insurance-or the best supplemental coverage for an Instrument rating, at least. I might very well not be here today had I not brought mine along on that Labor Day weekend, so long ago.

Know Thy Airplane
This is always true, and especially so when it comes to avionics. You owe it to yourself to be familiar with any idiosyncrasies, because you dont want to learn them-please excuse the pun-on the fly.

Heres a good example (actually two), taken from the rather quirky factory wiring of both the Cessna 172M model, produced from 1973 to 1976, and the C182N model (1970 and 1971). The navigation lights, control-wheel map light and the radio muting or transmitter relay were all protected by the NAV LIGHTS circuit breaker on the primary bus. (This relay is what allows you to transmit on one radio, and not both.) In the unlikely event that you had one with Cessna radios and the original audio panel, and you had a malfunction in the navigation lights, that circuit breaker would pop, taking the relay with it. In this scenario, the open breaker, if unnoticed, could make you dumb.Just great, huh?

Because the avionics wiring of pretty much every older airplane in the fleet probably differs substantially from its POH, it can really pay huge dividends to know which circuit breaker controls what devices in your panel.Unlabeled breakers are a legal no-no, but its often not clear what else is connected to an individual circuit. This is one reason its a good idea to get your avionics shop to give you hard copies of the wiring diagrams theyve created when they do any work behind your panel. Its also why its a good idea to check all circuit breakers when you have a comm problem.

Now What?
If the navigation radios still work, you wont get lost, but you should know what you need to do; ATC will be expecting no less. This includes checking nearby navaids for TWEB and other broadcasts, to stay abreast of weather updates. You just might hear someone broadcasting for you in the blind.

Before doing any of that, though, squawk 7600. If you can hear ATC but cant reply back, well, you still might be able to acknowledge by using the IDENT button on your transponder.

But dont panic, because the FAA is there to help you. The only catch is you must have helped yourself to FAR 91.185 first. Thats the reg covering two-way radio communications failure with those seemingly convoluted and prioritized procedures that seem to all blend into a confused tangle of do this, do that, but if you cant, then do this, or then another thing, instead, if neither of those first two work. After we read this reg for the eleventh time is when some of us just give up, photocopy the page, and cut and paste the relevant portion on our knee boards, instead.

Well, we can clear up much of the confusion with two simple three-letter acronyms to help you with a third-CYA. The acronyms are CEF and MEA-the first one covers which way and the second one covers how high.

In this case, CEF means that you fly the route for which you were cleared, or else told to expect, or failing that, the route you filed. This is the airspace that ATC will continue to protect, should you stop responding.

The how high part is easy: For each route segment, its the highest of the minimum en route altitude, the altitude you were told to expect, or the last one assigned.

In fact, those two are the easy parts of complying with FAR 91.185-the hardest thing is the when part: reaching the FAF (Final Approach Fix) and then starting the approach (not landing) at either your EFC (Expect Further Clearance) time or the ETA on your flight plan. Thats the simplest way to anchor this regulation in your mind. I over-simplified it just a little, but not much.

The Time Is Now
There can be some curve balls in there too, particularly when things get close to or beyond a state of urgency, and you start heading for Part 91.3(b) territory-thats the reg about emergency authority.

Lets say youre flying westward, you realize youve lost two-way communication, and now the only transmissions youre making, as Rod Machado jests, dont involve a radio. Youve still got power, but youre experiencing headwinds and youre becoming concerned about fuel. You know that if the briefer was right, theres probably VFR weather just 30 miles or so to the south. Nervous though you are, you know you did a good preflight and youre fairly sure this situation isnt of your own making. What should you do?Blindly (and deafly and dumbly) continue on the airway squawking 7600, or crank another 100 into that transponder, hightail it southward and explain later? (If I chose to do that, Id consider a VFR altitude, by the way.)

What, a VFR altitude, in the clouds? Yup. There should be no VFR pilots there, and anyone in IMC would be only momentarily climbing or descending to a hard IFR altitude. Heres your loophole, folks: You dont need to be in full-fledged auto-flail mode to squawk 7700. If youre low on fuel, uncertain of your position, or are concerned about weather or any other thing affecting safety that is not, as the AIM says (and I love this phrase), immediately perilous, you have a legitimate urgency condition, and the right to request immediate assistance. Needless to say, if youre facing an oncoming disaster and your life is at risk now, not maybe later, its an emergency. So, is it really a judgment call? Yes, it is: all yours. Could it be a tough decision?Gee, I dont know. Look again at the pictures in your wallet or purse, and you tell me.

The Bottom Line
Preflight your electrical system carefully, pay attention to those needles, keep the ammeter in your scan once a minute or so (not just every 15), always have a back-up portable communication and navigation radio (with headset adapter cords), use those memory aids to help you better refresh your recall of this regulation, and never let things get so out of hand that you wish you never took off.