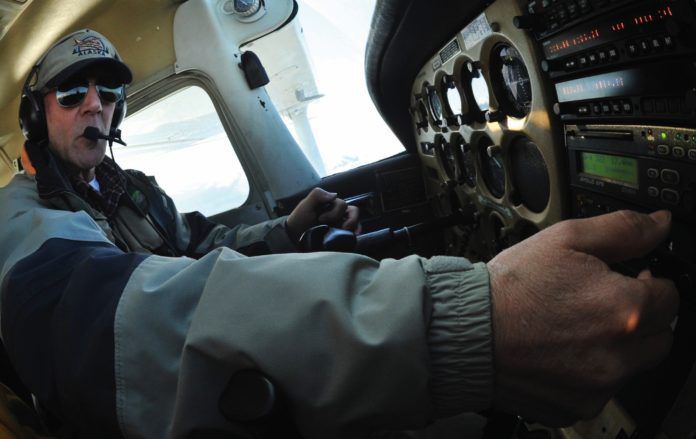 I thoroughly enjoyed Mike Hart’s “Losing Orientation” in the February 2019 issue and his sidebar, “Don’t Forget Your Scan.” It was a great review for me. Many writers of similar articles simply remind disoriented pilots to “trust your instruments” and recover. The instruments are easy to read, so how hard can it be? Well, really hard.

Autopilots alleviate this problem—until they don’t work. In my view, the trouble occurs almost only while hand flying…regardless of the logic of reliable, redundant, independent, clearly visible attitude indicators that you can easily interpret. Your reptilian brain ain’t buying it. “Up” is this way!

The disoriented pilot is not spatially confused; he’s viscerally certain which way is up. And he’s wrong. So, after the initial recovery, as soon as he moves his eyes off the attitude indicator to cross-check power, confirm an independent attitude system or whatever, his hands distractedly move the airplane back to the wrong “up” again. Hurry back to the attitude indicator to fight repeatedly until it sorts out. Wrestling the reptile brain is awful.

The only immediate, always-certain, instant remedy is to break out and see the natural horizon. Your inner reptile really loves and instantly trusts eye data.

The best defense from “unlinking from the instruments” in IMC is to follow the airplane’s progress through changes in the attitude indicator constantly and routinely so that your reptilian brain, following along, believes the instruments. Don’t look away from the gauges so long that the reptile starts to disbelieve them.

Simulator recoveries don’t demonstrate this effect because your brain “knows” you’re in the sim. The gravity vector never changes orientation. So, don’t get confident if you can recover well in the sim. Instead, value the drill but understand the limitations of even modern simulation.

I read the 1954 U of I research paper Mr. Hart referenced, which points out that the reptilian brain’s spatial orientation of 20 test subject pilots (when denied a view of an artificial horizon) became confused enough to require instructor intervention within about three minutes of gentle IMC to prevent pulling the test Bonanza apart or overspeeding it.

Mr. Hart mentioned how awful lots of head swiveling can be. That would do it for me. When he said the “wrestling match with the aircraft gave me the leans,” it brought back some memories I don’t like. What a well-written, very important and helpful article.

Thanks, Martin. See the article beginning on the next page for more details on that 1954 study, including its in-cockpit recommendations.

I enjoyed the article “Fixing Your Bounce” in the February 2019 issue. But I’d like to present an alternate approach to landings than that usually taught by instructors. I’ll divide this into two parts: downwind to crossing the numbers and then from there to finally setting the nosewheel down.

Pull the power to idle on downwind. Fly the airplane’s best glide speed (VBG) and adjust your pattern size accordingly. Except for brand-new students, pattern practice is about the landings—there’s no need to retain power, which only makes the pattern larger and wastes your time. (Get used to descending at VBG. Estimating a touchdown point without power may come in real handy on a bad day.)

I use partial flaps during the whole descent and landing. That speed and flap setting greatly simplifies a go-around. Just add power and climb at the same speed. On very short final with runway landing assured, you can now bleed off some speed by slowing your descent.

Crossing the threshold, remember first contact in a tricycle gear must be only on the mains. This means a nose-high attitude, the angle of which depends on a number of factors, including weight and loading. To achieve this nose-high attitude, your airspeed must be slow enough so that you don’t climb.

If you are skimming above the runway with excess speed, don’t try to descend until you must raise the nose to maintain that skimming altitude (one or two feet above the runway). When the plane starts to sink, raise the nose and add power (but not enough power to climb). Just a little power allows this final process of touching down to take longer, giving you more control.

Your wheels are just above the runway, your nose is elevated and you have just enough power to make your sink rate very, very slow. Once the mains roll onto the runway, pull power but don’t let the nose touch. Steer with the rudder and as speed bleeds off, the nose will gently sink to the runway.

Good landings usually come after good approaches. Additional considerations include how far from the runway we establish the downwind leg and how we determine VBG, which may not be published.

Fine article about bounced landings. Preventing them should be primary but when we do get a bounce, for some airplanes the recommendation is not to save the landing but just to go around. A number of years ago, there was a series of fatal Cirrus bounced landing accidents. I’m not sure if there were official findings that gave common cause, but one theory was that the fixed landing gear acted like a pogo stick and was unforgiving of too much energy on touchdown. The finesse that you describe to salvage this type of bounce was not easily done by some pilots.

Just an FYI for future reference to these bounce events. Cirrus pilots are strongly discouraged from trying to save bounced landings.

We don’t have enough time in Cirri to have encountered a potential go-around situation, but we do recall a factory demo pilot’s encouragement to land “flat,” with little nose-up pitch and little air between the ground and the nosewheel. We didn’t do it that way, though, and landed without an issue.

It’s hard to promulgate a one-size-fits-all rule, but we subscribe to the theory that a pilot is allowed only one bounce on landing. If there’s a second bounce, or one is likely, add power and go around.

There being no free lunch, going around also is fraught with challenges. This month’s Accident Probe installment beginning on page 24 discusses one of them: losing control after applying full power at a low airspeed.