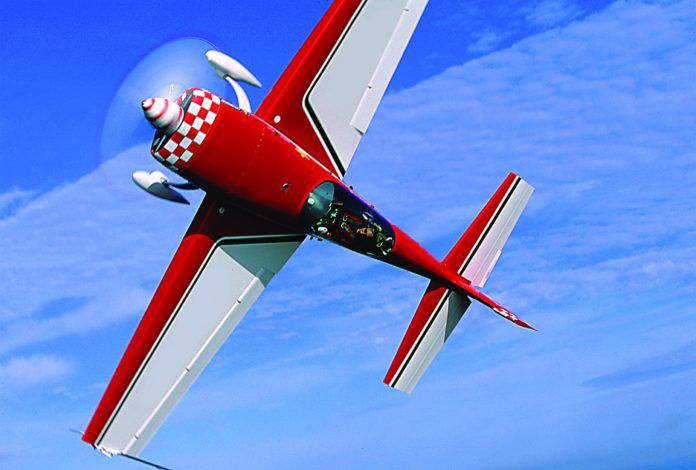 David Jack Kenny’s article on upset training (“Undoing An Upset,” November) was excellent. A year or so ago, my son and I spent a day with Patty Wagstaff in St. Augustine, Fla. We took ground school and two flights each. Not inexpensive, but not outrageous either. We got unbelievable training and spent much of the day in spins and inverted. Back at the hotel that night, we just looked at each other and said, “Wow!” We’re both much better pilots following the experience.

I’ve been enjoying Jeb’s excellent articles for a long time, but I’m afraid you really booted it in your November “Trajectories” article. When writing on a science topic (aeronautics) in a science magazine (which I hope you consider Aviation Safety to be), you need to use the terms of the art properly. “Momentum” means mass times velocity (vector), or if you just need the scalar, mass times speed.

You said “…we cover greater distances for a given unit of time—have greater momentum—when we fly than in any other activity.” That’s a definition of speed, not momentum. You said that momentum implies both the passage of time and changes in position. Yes, but without specifying mass, you’re simply talking about velocity.

You compared driving vs flying and said the latter hopefully has greater momentum. Actually, in my case, I hope not, or I’d tear the wings off. When I’m towing my fifth wheel down the highway at 80 mph in my F350, my mass is just under 25,000 lbs. so my momentum is two million pound-feet per second. When I’m flying my Cherokee solo (2000 lbs.) at VNE (140 mph), my momentum is 280,000 pound-feet per second, about one-seventh the momentum of my pickup and trailer.

We totally agree with your physics, but the point we were trying to make is that we need to think ahead of the airplane—not where it is, but where it will be, soon, and what changes to its configuration or attitude need to be made. Chevy Chase said it best: “It was my understanding that there would be no math.”

Two Guys In A Learjet

I just read Jeb Burnside’s Editor’s Log for November (“Two Guys In A Learjet“) and a few thoughts immediately come to mind. First of all, he infers that the Learjet crew failed to file an IFR flight plan! Well, I’d like Mr. Burnside to know that I’ve been an instrument-rated commercial pilot for nearly 60 years (the last 20 years in GA) and if I had a hundred bucks for every time I’ve heard ATC say, “We can’t find your flight plan” or “There’s no flight plan on file,” I could probably pay my hangar rent for a year! Flight plans do get filed and somehow manage to disappear into cyberspace. This also illustrates the downside of picking up an IFR flight plan in the air, especially in less-than-perfect weather.

Secondly, Mr. Burnside refers to his arrival at “Class B International,” which could be taken to mean that he was landing at a Class B airport or an airport underlying Class B airspace. If so, I think it’s reasonable to assume the Learjet may have departed the non-towered airport also underlying Class B airspace, in which case his request for a climb to 17,500 feet may have been an improperly worded request for relief on the Bravo airspace restrictions (give him credit for knowing he had to stay below FL180 VFR).

If I had a hundred bucks for each time I’ve heard improper radio phraseology used over the last 60 years, I could own an island in the Caribbean! Point is, it’s not a perfect world and we all make mistakes (I haven’t had to call Flight Service in the air since I purchased my Garmin 496 with XM weather in 2007). Yes, I suppose we should all know that 122.2 MHz is the common two-way Flight Service frequency but “use it or lose it” does occur and boring through the sky at the speed Learjets travel even below “one zero thousand” and/or below overlying Bravo airspace isn’t conducive to looking at frequency boxes on charts even with a two-man crew.

Mr. Burnside did do the fellow airman brotherly thing by pointing out the discrepancy to ATC and the Learjet crew, and I realize that his article was intended as a learning experience, and we can all afford to learn more, right? It just seems a bit harsh from someone who admitted he was too lazy to clean the smashed bugs off his leading edges post flight for a couple of years!

Jim, the Lear launched from a non-towered facility well outside nearby Class B or C airspace, one with which we’re familiar and were based at for a few years. Not coincidentally, it has a remote communications outlet, allowing crews to obtain their IFR clearance on the ground.We’ve all suffered when ATC didn’t have our flight plan. Thanks to the automation available these days, it’s likely someone forgot to tap the “File” icon or the flight plan timed out two hours after its ETD. It’s also possible that ATC simply lost it, but that happens a lot less than it used to.It still seems unprofessional to us for a Lear crew to not know how to air-file a flight plan, or for ATC not to know the correct frequency for Flight Service.

The FAA’s FAR 91.103(a): “For a flight under IFR or a flight not in the vicinity of an airport, weather reports and forecasts, fuel requirements, alternatives available if the planned flight cannot be completed….” I keep seeing magazine articles where pilots admit they have not planned an alternative, without anyone pointing out their error.

[Another writer for a different magazine] on an IFR flight plan at night (that did not require including the alternative in accordance with the 1-2-3 rule) wrote about not being able to land where filed, and having to figure out where to go. Your November issue’s Learning Experience (“Fixations“) is a glaring recent example.

If leaving the airport environment, IFR or VFR, you must have an alternative. Just because you are leaving IFR and the 1-2-3 rule requires filing the alternative, other flights are not excused from the wording in this rule.